Trapped, the Icelandic series, "trapped" thousands of viewers around the world. If you haven't seen it yet, discover it with us.

When you live in Iceland, one thing is quickly apparent; the Icelanders are great lovers of art. Almost all locals have a creative hobby in one form or another. This is made clear by the abundance of galleries, museums, theatres and cinemas. The country’s contribution in art is certainly noticed on the world stage, with Icelandic musicians and actors being universally recognized. One recent piece of creativity that is making waves both in and out of Iceland is the Trapped series.

This Nordic drama was filmed in Iceland, directed by Icelanders and stars Icelandic actors and actresses. It was created by Baltasar Kormákur and co-written by Sigurjón Kjartansson and Clive Bradley. The first series follows Police Detective Andri Ólafsson, played by Ólafur Darri Ólafsson, in a remote Icelandic village. An unknown man’s body is found in the ocean, and when a storm hits everybody is trapped in the village. The murderer is trapped with the villagers; it is the job of the Detective and his team to find them.

Trapped is a masterpiece of Icelandic television, the first season scoring 100% on Rotten Tomatoes and receiving positive reviews. It regularly drew over one million viewers from the UK, as well as a significant amount of Icelandic viewers. For them, the show is called Ófærð. Most of the filming took place in Siglufjörður, a small fishing village in North Iceland. Other filming locations include the Eastfjords, in a town called Seyðisfjörður, and a suburb of Reykjavík. Due to severe weather, the cast and crew were actually trapped in Siglufjörður several times. 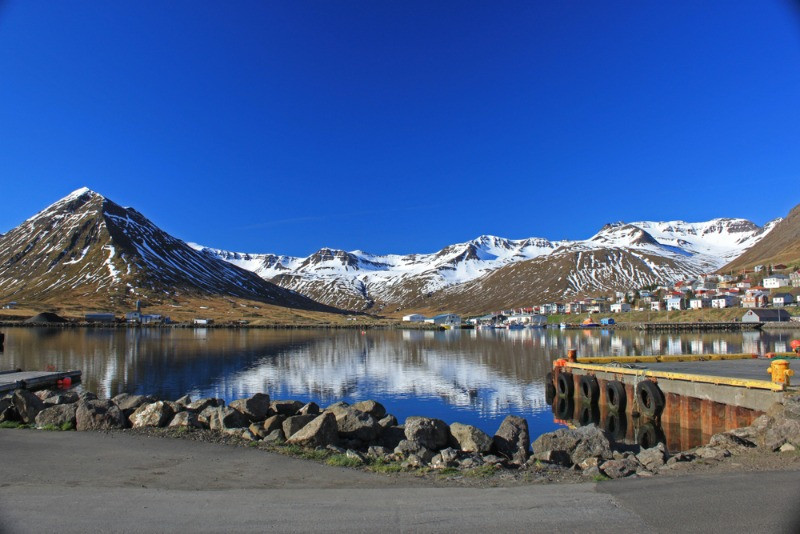 The first series cost around one billion Icelandic Krona to make; the most expensive Icelandic television series ever. The first episode premiered at the 2015 Toronto International Film Festival and has since been broadcast all over Europe.

After the success of the first series, the second premiered in December 2018 in Iceland. It is set three years after the events of season 1 and features many of the same characters. There are also new additions to the cast, but I won’t release any spoilers here. Some of the same locations were used, but scenes were also shot in the highlands; the uninhabited center of Iceland.

The series contains ten episodes each, with each episode spanning an hour.

What Is the Current Status of Trapped?

Seasons one and two are no longer available on Netflix, but the show is featured on Amazon Prime. Head there to get caught up before the story continues. In January of this year, RVK Studios confirmed that season three is in the works. It is unclear at this point whether the script has been completed or production has started. Of course, COVID has hindered the completion of projects all over the world. Hopefully, we will be seeing season three emerge in 2021.

Other Productions Filmed in Iceland

With its huge open spaces and captivating topography, Iceland attracts many filmmakers and television producers. Seeing as it is the land of ice and fire, it’s perfect for shots of volcanoes and glaciers. Iceland’s highlands have been likened to Mars, with NASA using them as a reference point to learn about it. Here are some of the films and series which used Iceland as one of their locations. 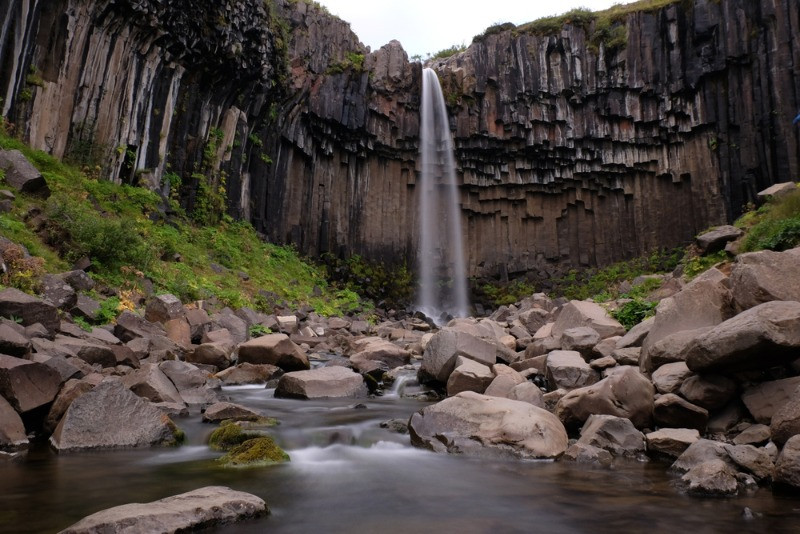 There aren’t many people in the West who haven’t heard of Game of Thrones, even if they haven’t seen it. Numerous locations in Iceland were used for filming this show. Kirkjufell Mountain appears in both season six and season, where it is described as arrowhead mountain. Þingvellir National Park, once of Iceland's three national parks, featured in season four, and Reynisfjara beach on the south coast in season seven.

Two films from the Marvel franchise used Icelandic locations: Thor: The Dark World and Captain America: Civil War. Landmannalaugar in the highlands and the waterfalls Dettifoss and Skógafoss were used for the second Thor film. The small seaside town of Vík was utilised in the third Captain America film.

Svínafellsjökull Glacier was used to depict South Asia, where Bruce Wayne trains with the League of Shadows. He engages in a sword fight with Raʼs al Ghul on the glacier itself as he prepares to become Batman.

This film used Iceland as its main filming location. Because much of Iceland is untouched and uninhabited, it’s the perfect place to present this thousands-of-years-old story. You’ll recognise Reynisfjara black sand beach as the one that Noah lays on near the end of the movie. Reykjanes peninsula in the west and Lake Mývatn in the north were also used.

In this film, the astronauts travel to other planets in search of a suitable place for humans to relocate to. Máfabót and Svínafellsjökull Glacier were used to depict two of the planets visited; a testament to Iceland’s otherworldly appearance.

The Secret Life of Walter Mitty

This film is special on the list, in that, in the story, the character actually travels to Iceland. It’s a personal favorite, presenting the journey of Walter as he embarks on a life-changing adventure. The story is set in four countries: the USA, Greenland, Iceland, and the Himalayas. However, all of the filming took place in the US and Iceland. Some of the supporting actors were Icelanders too. Two locations that were prominently featured are Stykkishólmur in the Snæfellsnes peninsula and Vatnajökull National Park. This is the home of Europe’s largest glacier. 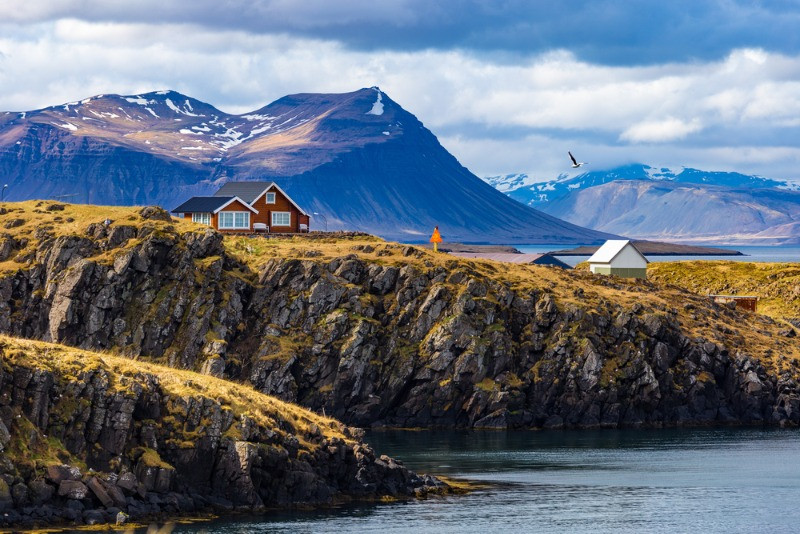 Journey to the Centre of the Earth

Another story that is actually set in Iceland, this film has an interesting back story. It’s based on a novel by French author Jules Verne, published in 1864. In the novel, Verne placed the entrance to the center of the earth at Snæfellsjökull, a glacier-capped volcano. The 2008 film inspired by the novel was filmed in Snæfellsjökull National Park.

Many will have heard of Björk Guðmundsdóttir, who has had an extremely successful music career spanning several decades. I recommend also checking out KALEO, an Icelandic rock band that has gained international fame in the last five years.A fun Iceland adventure would be to grab a rental car and visit all of these locations yourself. Why not watch the movies before arriving and note down all the Iceland locations? Then, see if you recognize them from the movie scenes. And if you want a real taste of Icelandic culture, language and talent, check out the series Trapped. Everything from the music of the show to costume design, to acting, included Icelanders in its process. It’s a showcase of their remote, isolated urban areas, their extreme weather, and their wonderful landscapes. 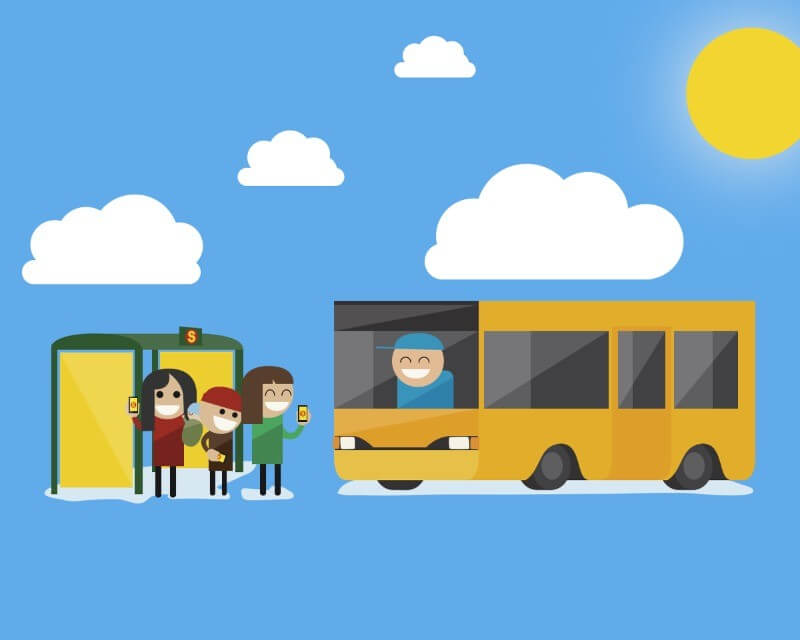