The Vikings were seafarers and they built beautiful ships that went down in history, among them we find the Islendingur Viking Ship, surely its story will surprise you. 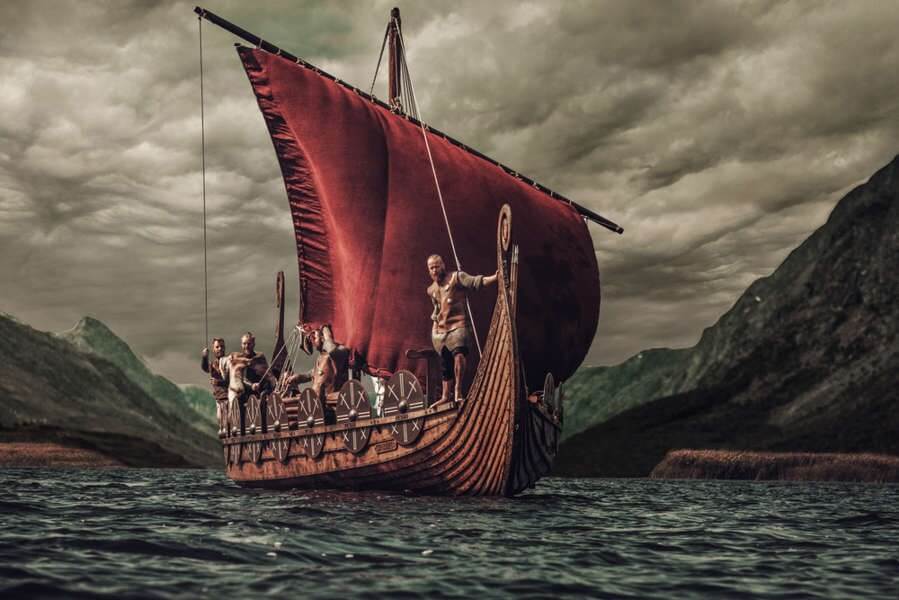 Over 1000 years ago, a Viking named Leif Eriksson sailed to North America from Norway. He supposedly did this unintentionally, getting lost while attempting to make his way back to Greenland. Whether by accident or not, he is believed to be the first European to reach North America, hundreds of years before Columbus. He named this newly discovered area ‘Vinland’. It is said that he spent the winter in Vinland and then returned to Greenland. He never went back to North America, but his brother Thorvald voyaged there and attempted to establish a settlement. He failed in this attempt, but Leif Eriksson’s legacy remains. In the USA, Leif Erikson Day is celebrated on October 9th every year, to commemorate the first European to discover America.

In 1882, a very well-preserved ship was excavated from burial mounds in Gokstad, Norway. It came to be known as the Gokstad ship. In the year 1996, a descendent of Eriksson, a man named Gunnar Marel Eggertsson, built an exact working replica of the Gokstad ship. In the year 2000, he replicated his ancestor’s journey and sailed his ship across the Atlantic, landing in New York City. He called this ship Íslendingur, or ‘Icelander’.

After the Merovingian Period (550-750AD) came the Viking Age. During this time, Vikings dominated the North Atlantic, due to their powerful ships and advanced seafaring ability. They used these ships to journey to around Scandinavia, to Britain and, in around 870, to Iceland, when the colonization of this island began. In the several hundred years leading up to 1066, the end of the Viking Age, the seafaring populace spread their influence. They raided coastal villages from Ireland to Turkey and began the consolidation process that gives us today’s Scandinavian countries.

While Gunnar’s Íslendingur is 22.5m (74 feet) long and 5.3m (17 feet) wide, there were several types of Viking longship that varied in size. These were the Karvi (23m or 75 feet long), the Snekkja (17m or 55 feet long), the Skeið (30+m or 98+ feet long) and the Drakkar, whose size is unknown because one has never been found; its existence is only known through literature. Drakkar means dragon, so named because of the ornate carvings of snakes or dragons said to have been found on the prow of the ship.

The ships contained benches and utilized both rowing and sails for propulsion. These different ships were used for a variety of tasks, including fishing, trading, transportation, and warfare.

How Were Viking Ships Built?

Viking ships generally used wood from oak trees and iron rivets to hold the overlapped planks together. Gaps were filled using wool or animal hair mixed with pine tar to make the ship watertight. The sails were made from woven wool, held in place by masts that were up to 16 meters tall. The shipbuilders had no written designs to guide them; they had only the experience of previous ships having been built. It is estimated that it would have taken between 3 and 6 months to build a single ship, depending on the number of workers committed to the task. The largest ships were built to accommodate up to 80 men. Several Viking ships have been found almost entirely intact in the Scandinavian countries, and many can be viewed today in various museums.

The Íslendingur was brought back to Iceland in 2008 and can be visited at Viking World, a museum located in Reykjanesbær. The museum is about a 45minute drive from Reykjavík and is not far from Keflavík Airport. The ship is raised above the ground so you can walk underneath and view it from all angles. The museum’s other exhibitions include ‘The Vikings of the North Atlantic’, ‘The Settlement of Iceland’ and ‘Fate of the Gods’. So, a stop here will certainly help you brush up on your Viking history. Why not head to Viking World on your way home and see Íslendingur for yourself? 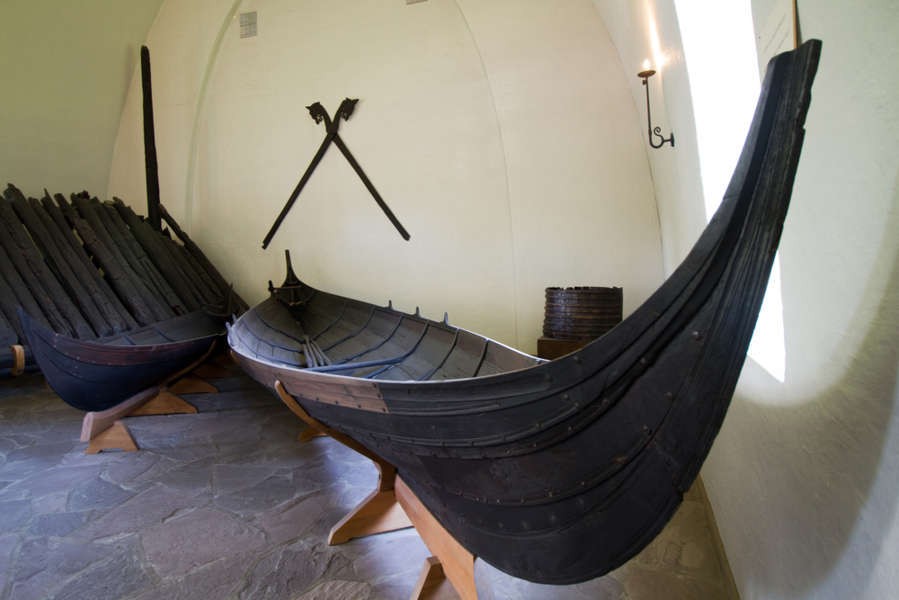 The original Gokstad ship is kept at the Viking Ship Museum in Oslo, Norway. Here, you can see other preserved Viking ships such as the Oseberg ship, excavated in 1904. This particular ship was excavated from the largest known ship burial in the world. National Geographic featured the story of the Oseberg ship in a fantastic article, to be found here.

The Norwegian Institute for Cultural Heritage continues to uncover ships buried during the Viking era. A new ship, the Gjellestad, was discovered as recently as 2018.

The Sun Voyager, or Sólfar, is a steel sculpture on granite slabs that have stood out on Reykjavík’s waterfront since 1990. While it may look like a Viking ship, it isn’t designed to be one. Rather, it is an ode to the sun. It was designed by Jón Gunnar Arnason and is a popular selfie spot for tourists. But deeper than that, this piece of art is an opportunity to see what you interpret from observing it.

The waterfront path itself is actually a personal favorite of mine to walk, jog or cycle on. You have a long stretch of wonderful views, both of the ocean and Mount Esja. A recommended walk for anyone visiting Reykjavík; start from the Harpa Concert Hall (the glass honeycomb building by the harbor) and follow the coastal road.

If reading this has made you more curious about Iceland’s history, there are plenty of other museums in Reykjavík that will capture your interest. The Saga Museum recreates the most significant events in Iceland’s history and features 17 different exhibits to educate you on Iceland’s development. Perlan (The Pearl) takes you on a journey through Iceland’s natural history; it is one of the best museums I have ever visited and is Reykjavík’s number one attraction. It’s an interactive experience, with videos to watch, buttons to push and games to play. It’s absolutely an attraction to entertain the whole family. And it’s easy to find; just look for the glass dome-shaped building on the hill; that’s Perlan. When you reach the top floor, enjoy the wonderful views of Reykjavík below you. 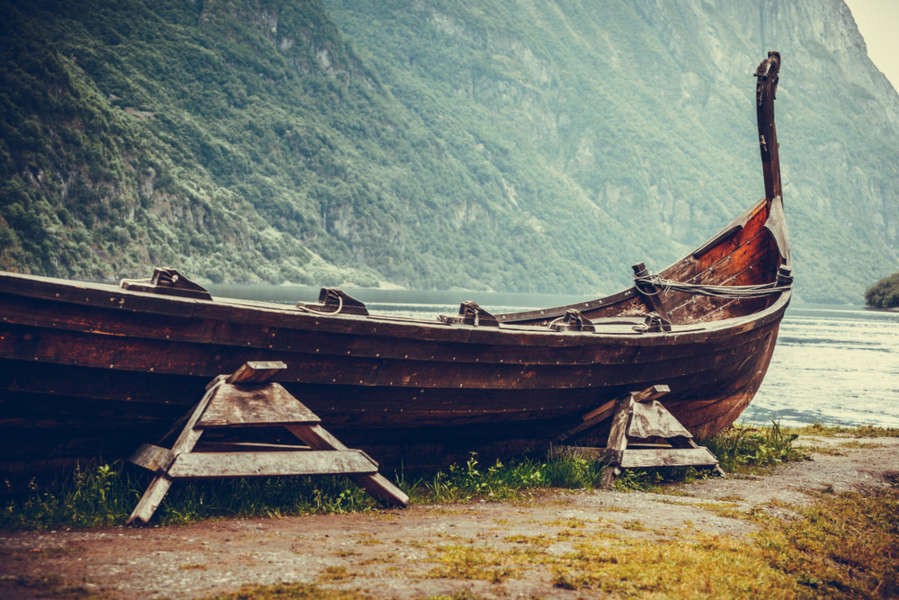 The museum also contains a state-of-the-art planetarium. Then there is the National Museum of Iceland, located right next to the University of Iceland. It explores Iceland’s heritage, including the development of religion, art, and clothing on the island. Visiting the National Museum of Iceland also gives you a ticket to the Culture House (the large white building on Hverfisgata), which displays various artwork from Icelanders. Immerse yourself in Iceland’s rich history and learn how it came to be the incredible country it is. 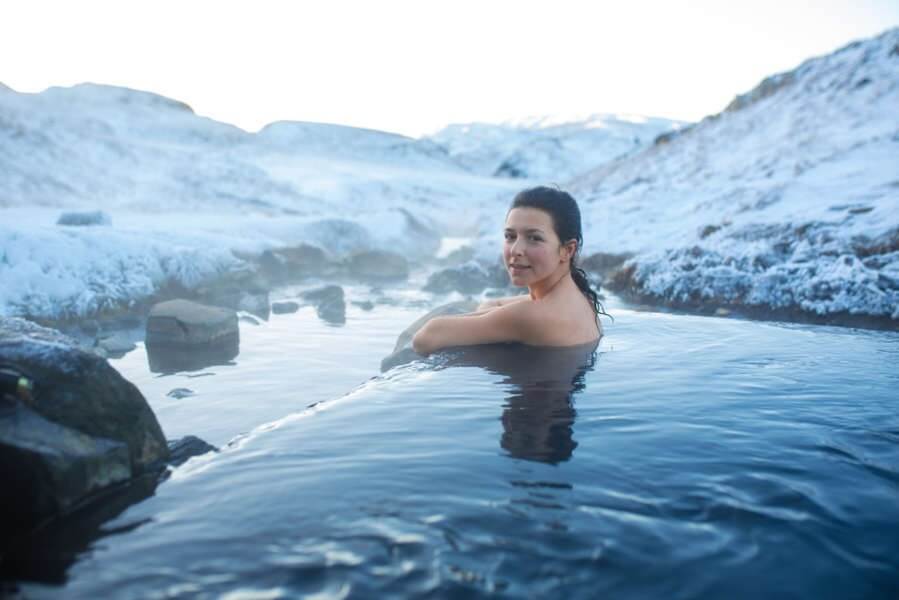 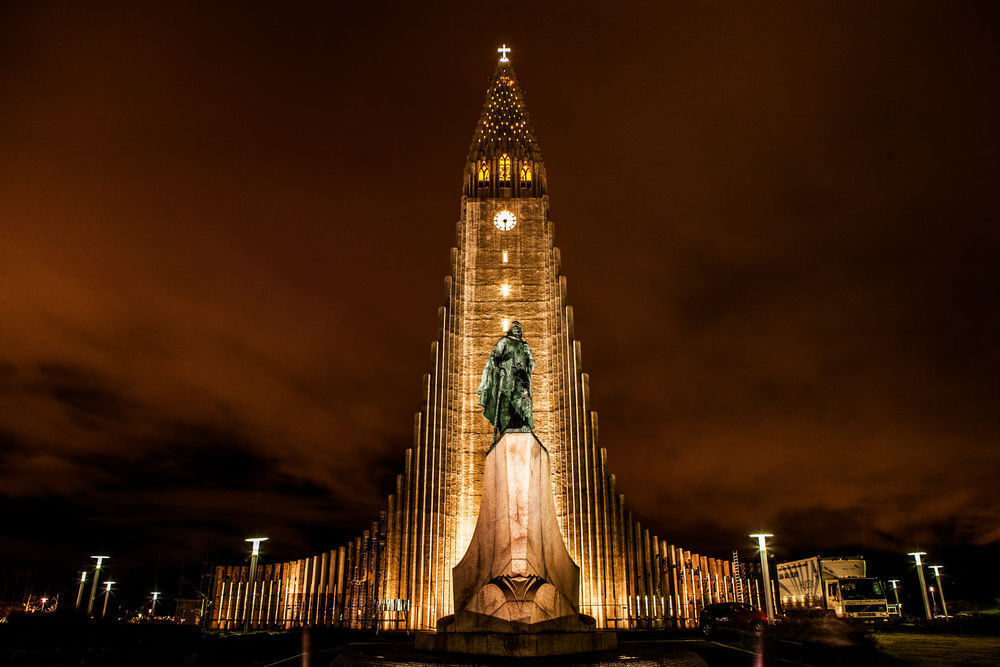