Iceland's Folktales are unique stories that keep the tradition of the entire country alive. These are some of the most interesting and intriguing tales.

When settlers first arrived in Iceland in 874 CE, they brought with them all of the aspects of Norse culture. This included the design of buildings and viking boats, lifestyle habits, language, and Viking legends. As time went on, Icelandic culture evolved to be distinct from its Scandinavian roots. The settlers developed their own local stories to explain their surroundings. Here are some of Iceland’s folktales behind its nature.

Myths and Legends of Iceland

The first Icelanders took Scandinavian folklore and mapped it onto the land of ice and fire. They accounted for all the incredible natural phenomena they experienced through the lens of mythology. Here are some of the best-known examples:

Icelanders, like their Scandinavian relatives, saw the aurora borealis as good omens, signs of good things to come. They also linked them to childbirth and told mothers about to give birth not to look at the lights. To ignore this was believed to make the baby cross-eyed.

One Old Norse theory about the lights’ origin was that it was a reflection from the armor of the Valkyries. These were female warriors who served Oðin. It was their responsibility to choose which warriors who died in battle would be taken to Valhalla.

Reynisdrangar is how Iclelanders call a series of basalt rock columns in the ocean below Iceland’s south coast. They can be best seen from Reynisfjara beach, near the village of Vík. It is said that these stacks were once two trolls and a three-masted ship.

One night, the trolls attempted to drag the ship to shore. However, they couldn’t manage this before sunrise, and when the sun rose it turned them to stone. The basalt stacks and the beach itself are sights to behold, visited by most tourists who come to Iceland. Reynisfjara was also used as a filming location for the series Game of Thrones. 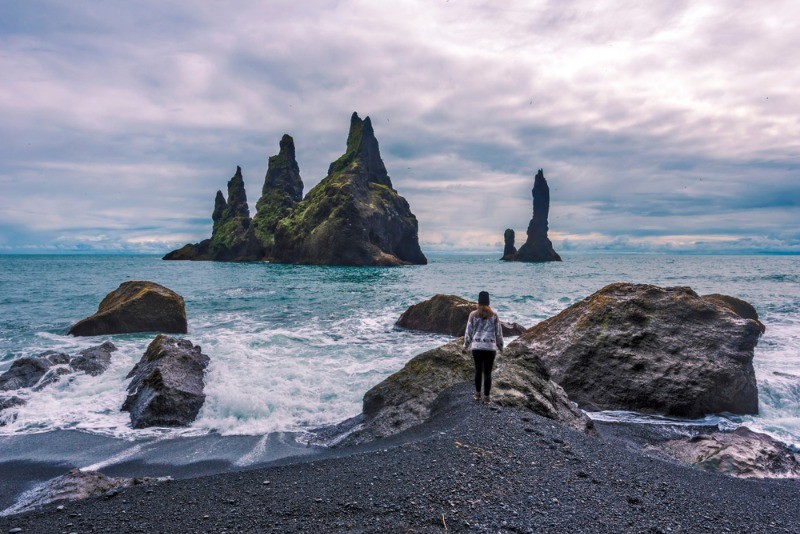 Gullfoss means ‘Golden Falls’. It’s Iceland’s most famous waterfall and is located on the Golden Circle, the country’s most famous popular tourist route. It derives its name from the rainbow you see above the waterfall when sunlight hits the water spray.

However, another story goes that a local farmer once threw a chest of gold into the waterfall. He could not stand the idea of someone else possessing it after he died. He decided to dispose of it instead, and the waterfall was given the name Gullfoss.

In English, this translates to ‘Fall of the Gods’. The story of how this waterfall acquired its name is linked to the official adoption of Christianity in Iceland. When Iceland was first settled, its inhabitants followed the Old Norse religion, Ásatrú. In the tenth century, as most of Europe converted to Christianity, Iceland faced pressure from other nations to follow.

In 1000 CE, the Lawspeaker, Þorgeir Ljósvetningagoði took the decision to officially convert Iceland to Christianity. The story goes that when he returned home, he threw his statues of the Norse Gods into a waterfall. And thus, Goðafoss was named. This waterfall is located in the north of Iceland, east of Akureyri, and just off Route 1 (the ring road).

Translated to ‘Black Fortress’, this is a lava field complete with caves, rock columns, and a collapsed lava tube. There are both pre- and post-Christian stories for this area. The Icelandic Norse folklore says that Dimmuborgir is where the thirteen sons of Grýla and Leppalúði live. Grýla and Leppalúði are a troll couple, the most infamous and brutal of the species. It was said that they ate naughty children, thereby keeping young Icelanders out of mischief.

Their thirteen sons are known as the Yule Lads, trickster trolls who would terrorize Icelanders. These Yule Lads now serve as the thirteen Santa Clauses, bringing local children gifts for the 13 nights preceding Christmas.

The Christian stories name Dimmuborgir as the place where Satan landed when he was cast out of Heaven by God. Therefore, this is where Satan created the catacombs to Hell. This site was also used in the popular series Game of Thrones. 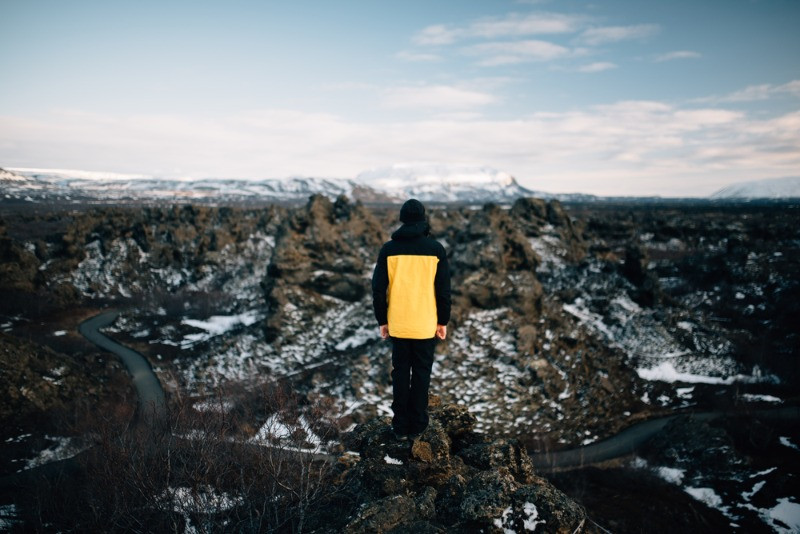 Elves are also known as the Huldufólk or ‘Hidden People’ (although some sources say these two are distinct beings). These creatures are invisible to humans because they live in a parallel world. They look similar to humans but are smaller, with pointy ears.

They are said to live in Iceland’s rocks, and farm, forage and fish just as humans do. Many Icelanders today claim to believe that elves are real, and this impacts how the locals live. The placement of roads and buildings has been affected in recent decades, as elf rocks are not to be disturbed. If their homes are disturbed, it is thought to bring trouble for those responsible.

Hafnarfjörður, a municipality south of Reykjavík, is renowned for its large elf population. It is possible to join walking tours in the area, in which you can learn more about the Hidden People. The Hidden People are said to reveal themselves to humans sitting at crossroads on Midsummer’s Night. Some Icelanders build small houses, or Álfhól, for local elves to live in, so you may spot these.

Nordic religious figures have become popularized by Marvel’s Thor franchise, but these superheroes were around long before comic books. Oðin, Þór, Freyja, Loki; these supernatural beings were prayed to, revered, and feared just as the Christian God is today.

And the Ásatrú religion is far from dead; in fact, its presence is growing in Iceland. A 2017 survey found over 3,500 people belonged to Ásatrúarfélagið (Ásatrú Fellowship). This is more than 1% of the population, and the religion is the sixth-largest in Iceland. 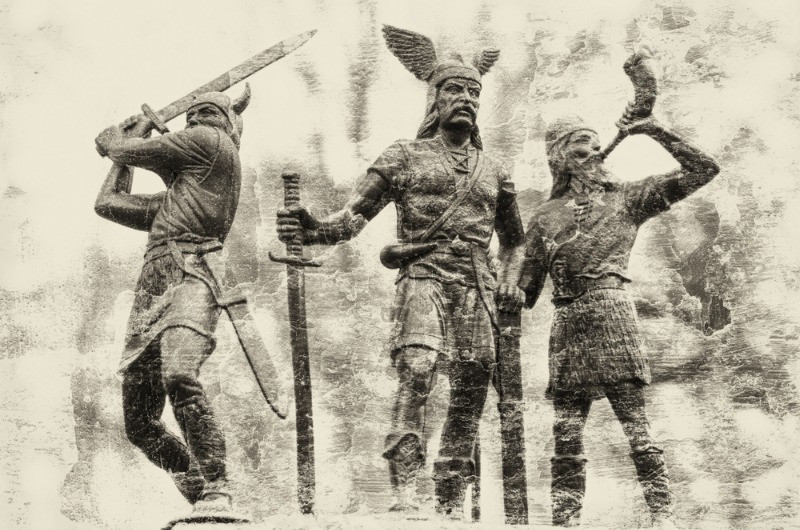 All of Iceland’s major volcanoes have a story behind them. Hekla, for example, is believed to be the gateway to Hell. No one climbed it for hundreds of years because they were afraid of what they would find at the top. In 1750 it was finally summitted, and no entrance to Hell was found.

Katla, another large volcano, has a story of a dispute between a sorceress and a farmer attached to it. Snæfellsjökull, a glacier on top of a volcano, was chosen by author Jules Verne as the entrance to Earth’s core. It featured in his novel, ‘Journey to the Centre of the Earth’.

Keep these stories in mind as you travel around Iceland. Pick up your rental car in Reykjavik and go visit places believed to be the homes of trolls, elves, and other mystical creatures. Suspend judgment and allow the flow of magic into your life; Iceland’s nature certainly makes one feel magical. Do your part to protect both the Hidden People and Iceland’s landscape by minimizing your environmental impact. Take nothing but pictures, leave nothing but footprints. 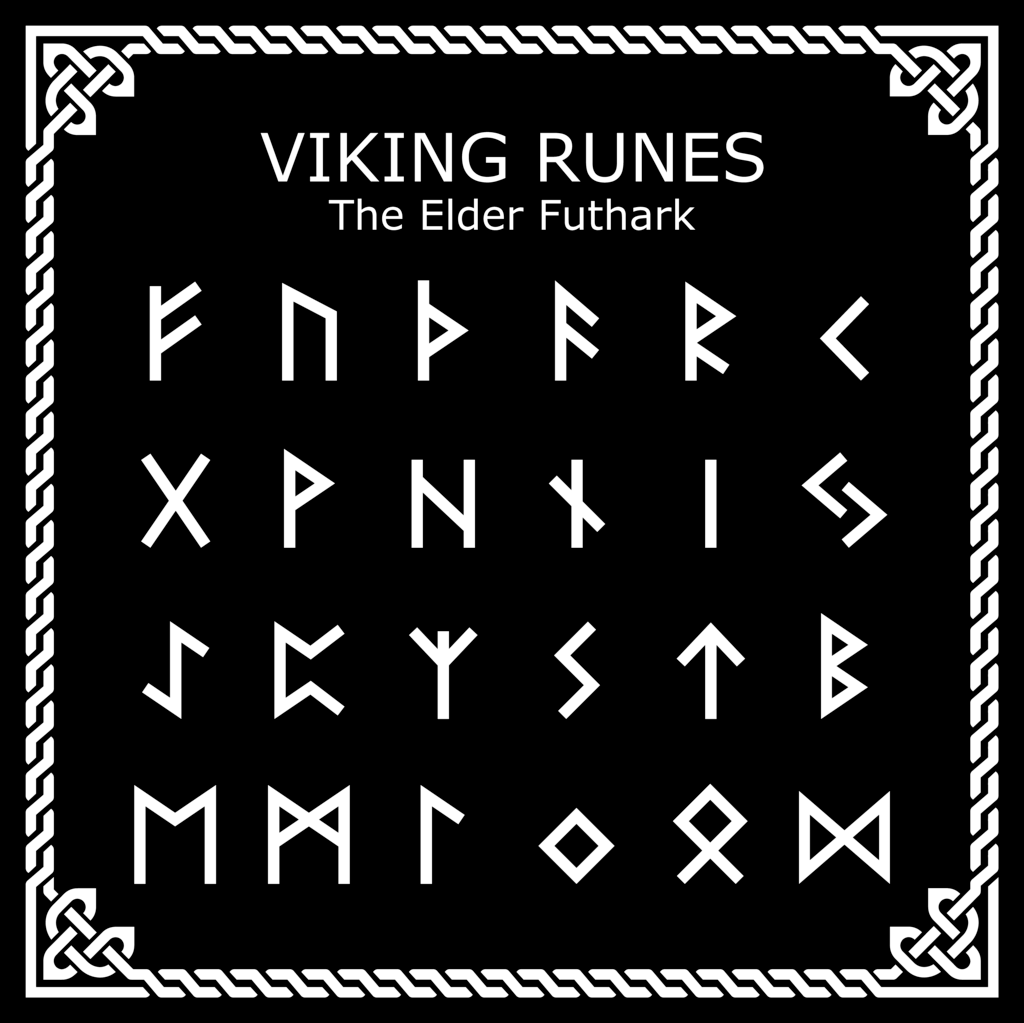 Iceland Language: The Heritage Of The Viking Language