In these Iceland's National Park you can enjoy multiple outdoor activities. Here are the highlights! 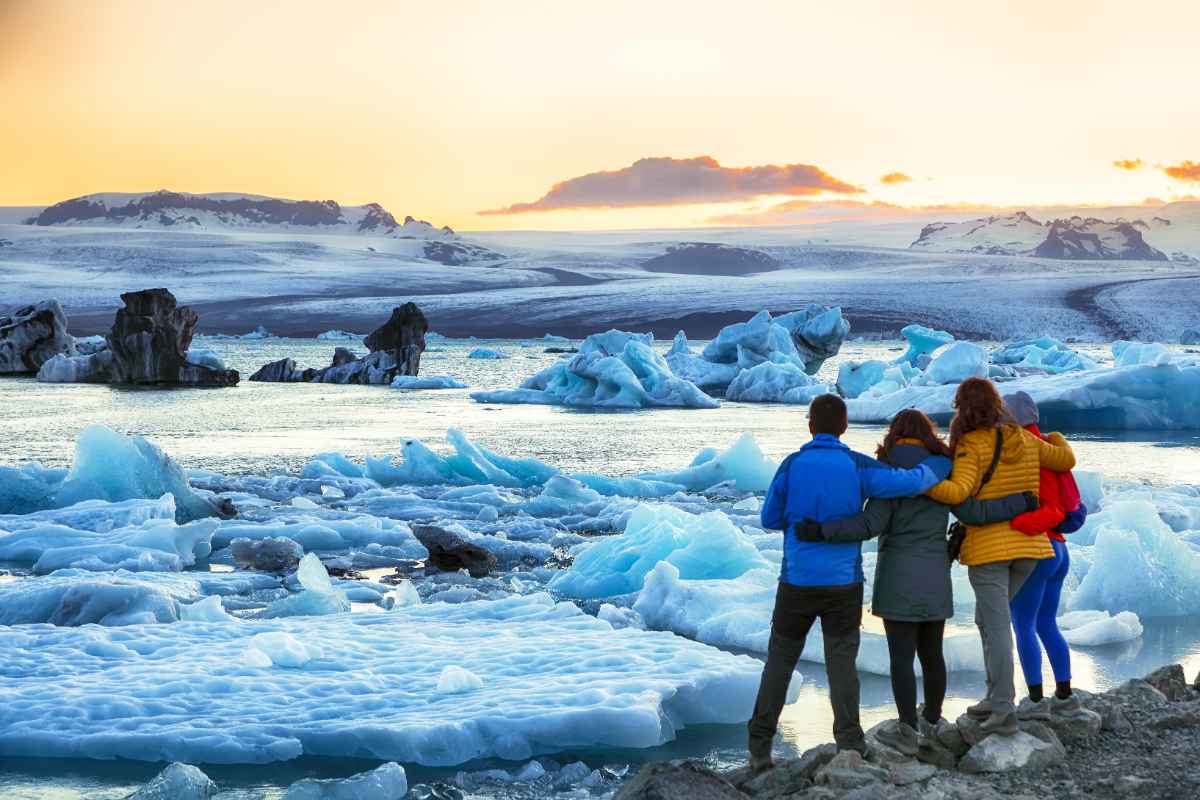 Iceland has much in the way of breathtaking scenery but has just three national parks. In fact, it used to have four, but since 2008, Jökulsárgljúfur and Skaftafell have officially been part of Iceland’s largest national park, Vatnajökull. If you’d like to learn a little more about Iceland’s national parks, here’s what you need to know.

Vatnajökull National Park is Iceland’s largest park by a considerable margin. Dominated by Europe’s largest glacier, it stretches over an area of 13,952 km2 – the glacier itself occupies a whopping 7,900 km².

Established in its present form in 2008, it’s also where you’ll find the country’s highest mountain peak and some of its finest seasonal ice caves, not to mention plenty of hiking trails. It is home to ten volcanoes, eight of which are hidden under the ice and two are among the most active in Iceland. Svartifoss and Dettifoss are just two of the waterfalls you’ll find in the Park. Belatedly, in July 2019, UNESCO recognized Vatnajökull National Park as a World Heritage Site.

Luckily, this park is just a couple of hours away from Reykjavik, so you can drive your rental car in Iceland directly to where the fun is! We offer the best economy city car rentals in Iceland so that you can visit Vatnajökull without spending a fortune. And if you travel with a large group, don't worry, as our fleet also includes minivans for up to 9 passengers, so make sure to check our fleet while planning your trip to Iceland.

What to do in Vatnajökull National Park

It’s obvious where to begin when it comes to discussing the attractions of Vatnajökull National Park, and that’s its glacier. The ice averages around 400 meters thick, making it a year-round draw for tourists seeking a wintry playground. One of the most thrilling things to do is to traverse its surface on a snowmobile. Tours run regularly, ferrying passengers up to the glacier by super jeep where they are kitted out with thick-soled boots and thermal clothing. In formation, local guides lead their pack across the ice, dodging crevasses and pointing out places of interest on the horizon. If that’s a little too fast for your liking, then you can always strap on a pair of crampons instead and set off on a guided ice hike.

Sometimes the scenery below the surface is even more magnificent than that to be found out in the open. Underneath the ice of Vatnajökull, usually, somewhere near Breiðamerkurjökull, one of its outlet glaciers, you’ll find the Crystal Cave. Thanks to summer melting, the precise location varies from year to year, but this subterranean phenomenon is worth looking for. You’ll need a qualified local guide – both for safety and scale – but when you step inside this glittering cavern, you’ll be blown away.

The cavern is crammed full of natural ice sculptures, created by rivulets of meltwater that seep through the cracks and fissures in the glacial ice and drip into the void beneath. The cave walls and roof shine an iridescent and vivid blue as light filters down from above. It’s a magical environment and one which leaves visitors gasping in amazement. Depending on seasonal weather, the cave varies in size from year to year. Sometimes demand far exceeds the capacity of the cave, so if you’re keen to see this spectacle with your own eyes, book well ahead to avoid disappointment.

Another of Vatnajökull National Park’s breathtaking locales is more conveniently located at sea level. Jökulsárlón is an exquisite glacial lagoon that has become one of the country’s most photographed sights. Icebergs calve from the Breiðamerkurjökull glacier, crashing into the lagoon before floating slowly towards the ocean. The often ferocious North Atlantic waves fling them back onto the black sand beach where they glitter in the sunlight, earning this stretch of shoreline its nickname – Diamond Beach. In summer, it’s possible to book a seat on an amphibious vehicle that tours the lagoon and affords a close-up look at many of the icebergs; in winter, content yourself with the view from dry land. 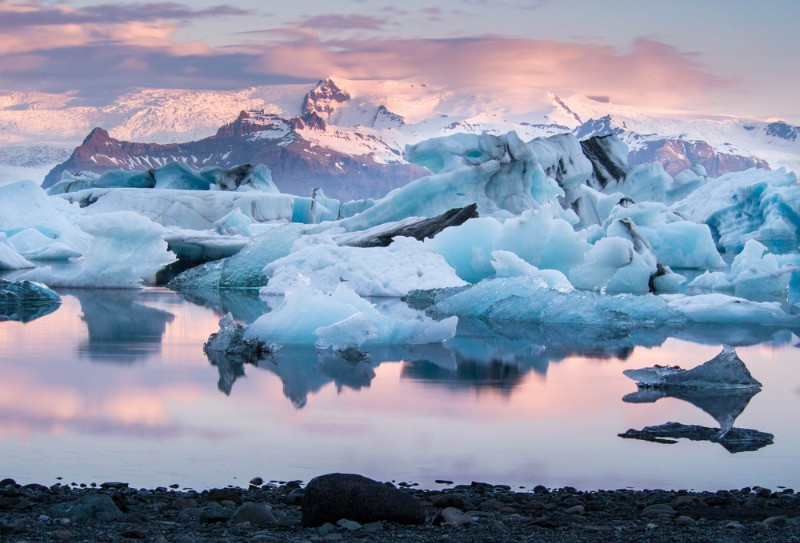 Welcome to yet another one of the Top 30 Things to Do in Iceland. Feeling excited? Well, you should, because you’re in for a treat! As well as holding national park status, Þingvellir National Park is a UNESCO World Heritage Site and arguably the most important historic site in the entire country. It’s popular with day tours, but there’s so much to do in and around the park that it’s well worth planning to spend an extra day or two there.

What to do in Thingvellir National Park, Iceland

Thingvellir National Park is one of several places in Iceland where the North American tectonic plate meets the Eurasian. It forms what’s known as the Mid-Atlantic Ridge, which slices diagonally through the country. The two tectonic plates are edging slowly apart at a rate of about 2cm a year, too slowly for the naked eye to see any movement, but significant nevertheless in geological terms.

This tectonic activity gives rise to a spectacular landscape, the centerpiece of which is the rugged Almannagjá gorge. You might recognize it from the television: scenes from Game of Thrones were filmed here. The highest side of the gorge is the North American plate; look out across Lake Þingvallavatn and that’s the Eurasian plate. Once, the guilty were hanged, beheaded or burned in this gorge. In the 17th and 18th centuries, eighteen women were drowned here in the Drekkingarhylur, also known as the Drowning Pool.

The Hakið viewing point affords a vantage point if you’re keen to see the surrounding countryside – and you will be. Walk down the path which leads from the visitor center to the Alþing, and you’ll feel like the towering walls of rock are closing in on you, such is their steepness. Iceland’s parliament met at the Alþing as early as the 10th century, making it one of the oldest parliaments in the world. For over 800 years, speeches were made and laws passed at the Lögberg. It’s one of the reasons that the site came to the attention of those at UNESCO.

Water plays an important role at Thingvellir National Park. Axe Falls, better known as Öxarárfoss waterfall flows along the river Öxará. Water tumbles over a rock outcrop which freezes over in winter. Allegedly, it gets its name from the actions of early settlers who thrust their axes into the ice to claim the land as their own. It’s not the only watery attraction:

tourists stand on a small bridge and thrown coins into Peningagjá. The real name of this gorge is actually Nikulásargjá, but it’s become a tradition to throw a coin into the water, and so now it’s referred to as Peningagjá, which translates as ‘money gorge’.

Divers and snorkellers will also delight in Thingvellir. The crystal clear water of Silfra fissure is fed by meltwater from Langjökull glacier. Impurities are filtered as the water travels through the permeable rock, so visibility is superb. It’s utterly freezing however so a dry suit and competent tour operator is an absolute must. Back on dry land, hiking trails lead to abandoned farms; there are plenty of options for horseback riding as well on trails such as Langistígur, Skógarkotsvegur, and Nýja Hrauntúnsgata.

Snæfellsjökull National Park is unique amongst the three Icelandic national parks in that it spans both the interior and the coastline. This park is located on the Snæfellsnes peninsula, and like Thingvellir, it’s an easy day trip from the capital Reykjavik. This 170km2 piece of land was earmarked in 2001 and centers on the glacier Snæfellsjökull. And although Snæfellsnes’ most recognizable landmark, the often-photographed Kirkjufell, lies outside the national park, there’s plenty to see and do.

What to do in Snaefellsjökull National Park

Let’s start with the glacier after which the park was named: Snæfellsjökull. Its famous “visitor” actually never clapped eyes on it. Jules Verne chose the glacier as a key location in his novel Journey to the Centre of the Earth. Written in 1864, the adventures of Verne’s protagonist, an eccentric German professor, have captured the imagination of generations of children – and filmmakers – ever since. Snæfellsjökull was the gateway to a journey that would end at the volcano Stromboli, in southern Italy.

Today, we are a lot better informed than Verne and his professor about the way tectonic processes shape our planet. Our fascination has only grown with that knowledge and that goes some way to understanding why so many people are keen to book a tour of Vatnshellir Cave, one of the National Park’s most popular attractions. It is an incredible 8000 years old, a lava cave created during an eruption inside Purkholar crater. The lava cooled to form a crust on the surface, but beneath, the lava continued to flow. When it eventually ceased, it left behind a lava tube and cave. Guides will lead you into a colorful subterranean world so that you can see this magical sight for yourself.

The dramatic scenery of Snæfellsjökull National Park isn’t confined to such underground wonders, however. It’s easy to find a super jeep tour or guided hike to the glacier itself. Bárðarlaug pool, managed by the Park authorities, and the nature reserve of Búðahraun are also beautiful. The latter’s a moss-covered lava field that contains well over a hundred species of plants. Fans of Iceland’s many waterfalls will be keen to learn that Klukkufoss (sometimes called Clock Falls or Bell Falls) is a stone’s throw away. Meltwater from Snæfellsjökull glacier keeps the water flowing. 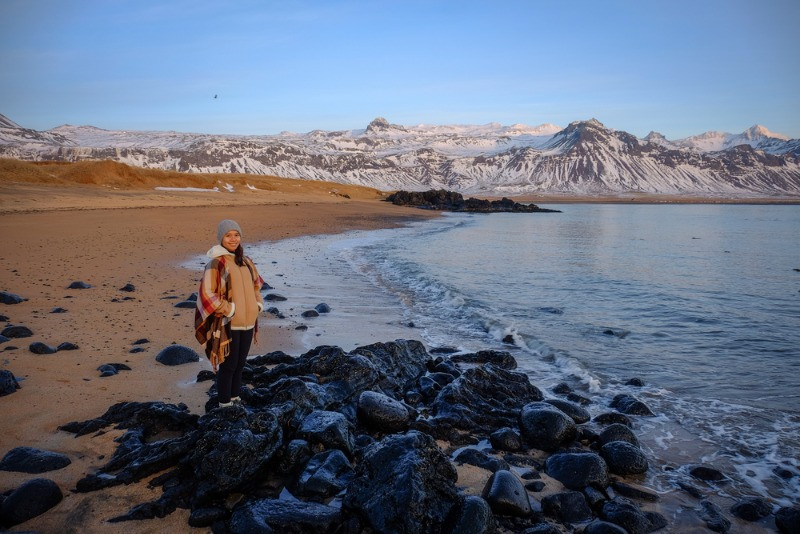 The shoreline is just as breathtaking. One of the most recognizable landmarks is the rock formation at Lóndrangar. Once they formed a volcanic plug. Over the years North Atlantic storms have battered the coastline and sculpted these sea stacks into their present form. The many beaches of Snæfellsjökull National Park also delight visitors. Djúpalónssandur was once home to many fishing boats, though they’re gone today. However, what remains are four “lifting stones” used by fishermen to demonstrate their strength. Another stand out beach is that of Skarðsvík, on the northwestern tip of the peninsula. Untypically for Iceland, its sand is white rather than the more usual black. 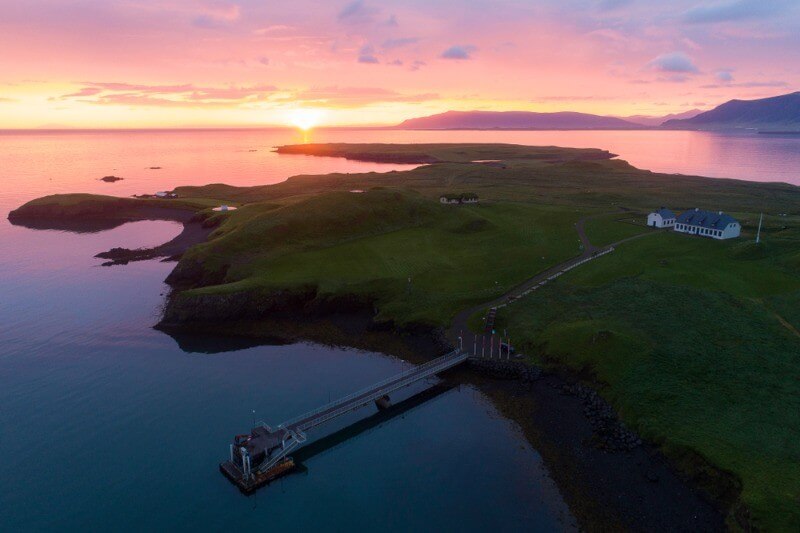 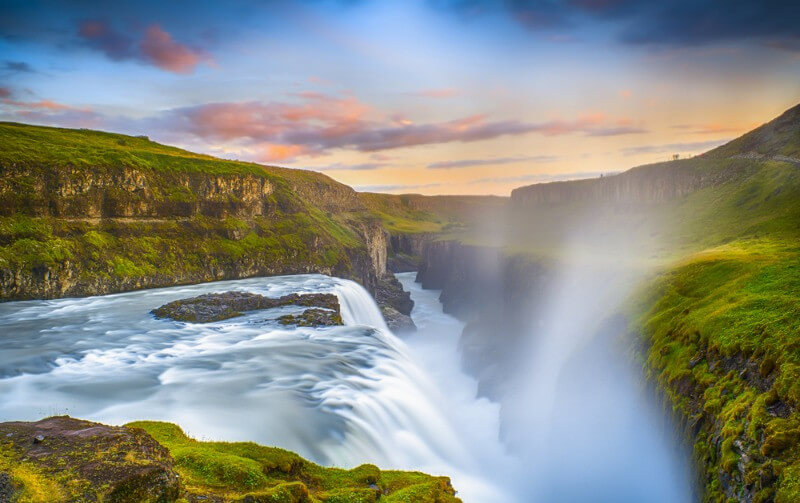 Top 10 Best And Most Famous Waterfalls In Iceland 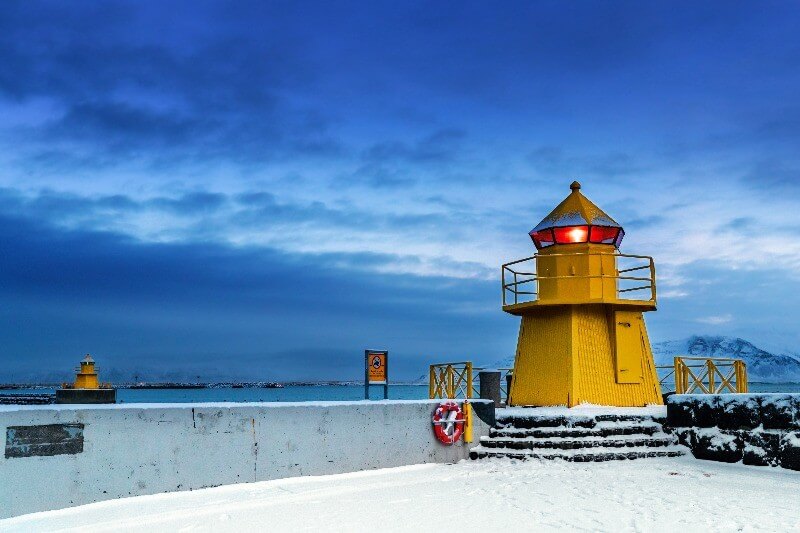