The Top 5 Scenic Drives in Iceland

Driving in Iceland is itself a wondrous experience, however, you can make it even more exceptional if you add these top scenic drives in Iceland to your itinerary. 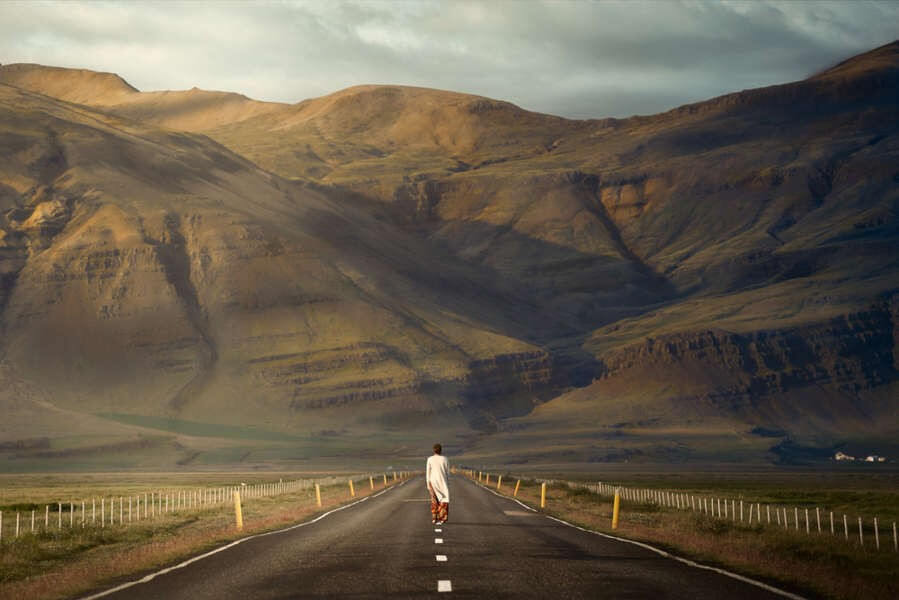 One of the great things about Iceland is that its population density is extremely low. It’s about the size of Austria (which has a population of just under 9 million) and yet has a population of less than 400,000. This means that there is a lot of open space to explore, and fortunately, Icelanders work hard to protect their nature with the establishment of three large national parks. With small highways, you can experience Iceland behind the wheel without too many cars interfering in the peaceful scenic drives. In Iceland, every route is a scenic route, with views of beautiful mountains wherever you are. Here are some of the most popular ones.

This is Iceland’s most popular tourist route. The Golden Circle begins and ends in Reykjavík and includes three main stops, with many other points of interest in between. The three most visited spots are þingvellir National Park, Gullfoss waterfall and the Geysir geothermal area.

þingvellir is known not only for its stunning views but also for its historical and geological significance. It’s the site where Iceland’s (and the world’s) first parliament was held, and it’s an area where you can stand on two tectonic plates at once. Iceland sits directly on top of the gap between the North American and Eurasian plates, so the island can be seen splitting in two at the rate of about 2.5 centimeters (1 inch) per year.

Due to its National Park status, þingvellir is a heavily protected area. Gullfoss waterfall, the most famous waterfall in Iceland, also has a protected status. Attempts in the past to utilize its power for hydroelectric purposes were all blocked, and now the site is safe from construction. The Geysir geothermal area is renowned for having Iceland’s most visited active geyser, Strokkur. The Golden Circle route is only about a three-hour drive, so this wonderful scenic journey can be completed in a day, with natural wonders to observe at every step.

The Westfjords are located in the north-west of Iceland. With windy roads hugging the coast, you’ll have a constant view of the ocean and sea cliffs, with an abundance of sea birds, including the puffin, catching your eye. The Westfjords are home to some of the most incredible waterfalls in Iceland, natural hot springs, and some of Iceland’s only gold sand beaches (most of Iceland’s beaches are black sanded). A Westfjords road trip is best split over several days, as the windy roads take a while to cover. This is a great area from which to see the northern lights; it’s as far north as you can go in Iceland and is very sparsely populated. 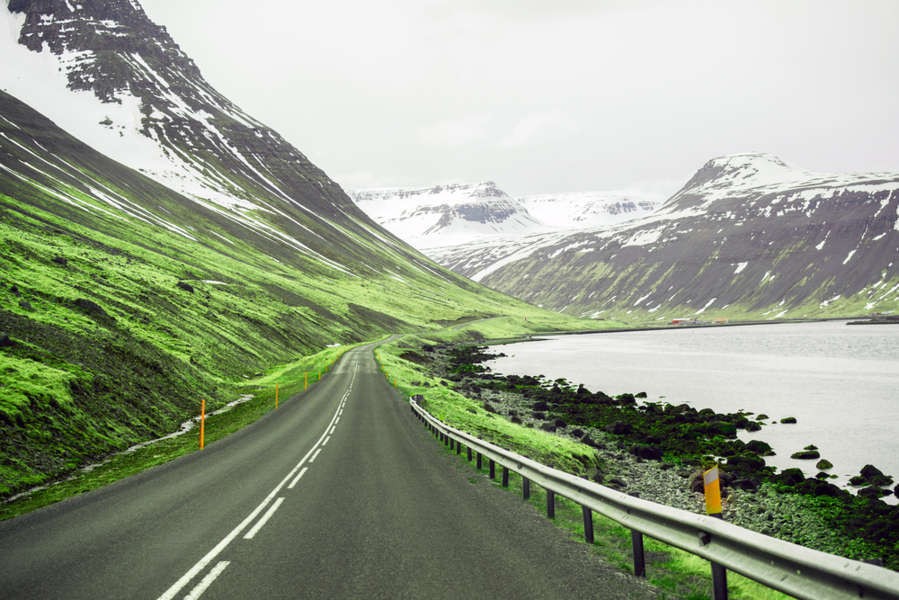 Start in Reykjavík and drive the ring road (Route 1) counterclockwise. This will take you to some of Iceland’s most scenic spots, including the Reynisfjara black sand beach at Vík, Eldhraun lava field, and Jökulsárlón Glacier Lagoon. Reynisfjara is a particularly famous beach, known for its basalt columns and natural rock formations. Eldhraun lava field covers 565sqkm (218sqm), so you can’t miss it. You’ll actually drive through it on Route 1; it’s easily spottable because it’s almost entirely covered by bright green moss. If you do stop to take a closer look at the lava field, please don’t walk on the moss; it’s extremely delicate.

Jökulsárlón Glacier Lagoon is located in another of Iceland’s National Parks, Vatnajökull. The Lagoon is a special place, in which you can take a boat tour and see the nearby glacier up close, and home to Diamond Beach, where large chunks of glacier ice sit atop a black sand beach. A south coast drive is worth spending at least a few days completing; of course, you could just drive all the way around the ring road.

An outcrop of land north-west of the capital, this peninsula comprises Snæfellsjökull National Park, the third of Iceland’s protected areas. The Park is home to many natural hot springs and another gold sand beach, Skarðsvík. The drive to the park is beautiful, with lava poking out of the ground all around you, but this trip is certainly more appreciable with a pair of hiking boots. Park your car when you arrive there and spend the day going on long walks.

If you want to take your Iceland road trip to the next level, head up to the Icelandic highlands. This is where driving in Iceland becomes tricky; the only way to access the highlands is by traveling on F roads.

These are gravel roads, with river crossings, that are not as well maintained as Iceland’s highways, and so you will have to rent a 4x4 vehicle to legally access F roads. Additionally, the roads are only accessible from June to September, and exact opening times depend on weather conditions. However, the drive up to the top is well worth it. On the way to Landmannalaugar, you may catch sight of Iceland’s famous rhyolite mountains; multi-colored mountains formed by high amounts of minerals in the rocks.

This is where Iceland is really uninhabited; almost no one lives anywhere in the highlands, so they still retain their rustic appeal, albeit with a few hiking trails and summer campsites here and there. Once you make it to the top you’ll be rewarded with more great waterfalls, more rock formations, and more natural hot springs. 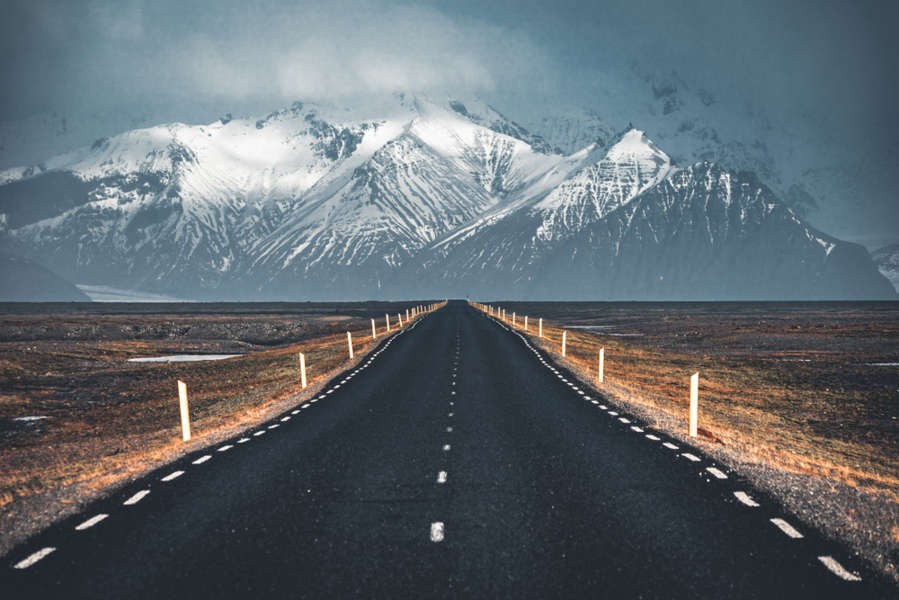 How much access you will have to some of these places depends on when you visit Iceland. In the winter, spring and autumn, when snowstorms and strong winds are common, it is not always advisable to embark on a road trip. If you become lost or stuck in a remote area, help may be hours away. Play it safe and only travel when it is safe to do so. You can check the Icelandic Meteorological Office’s website for up to date weather forecasts. When choosing a vehicle, consider a reliable option, like a Toyota Land Cruiser rental or similar. As a general rule, though, always be prepared for the worst. Iceland’s weather is famously unpredictable so always travel with warm, waterproof clothing, no matter the season. 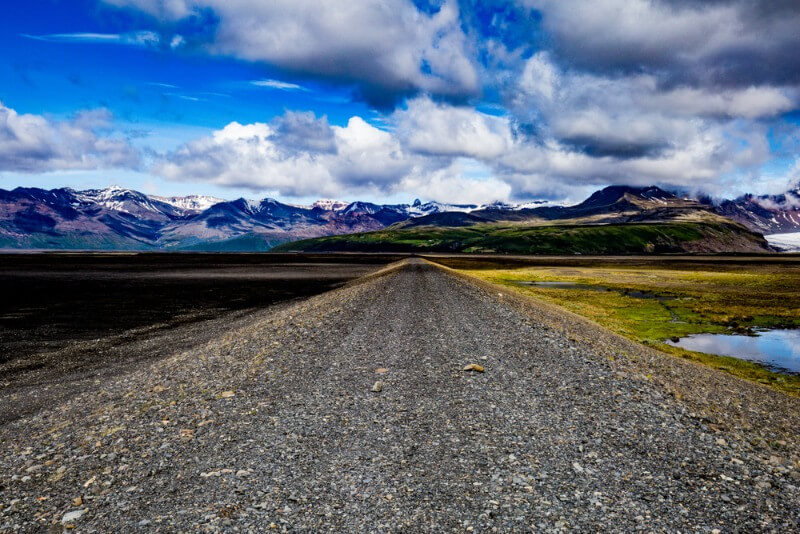 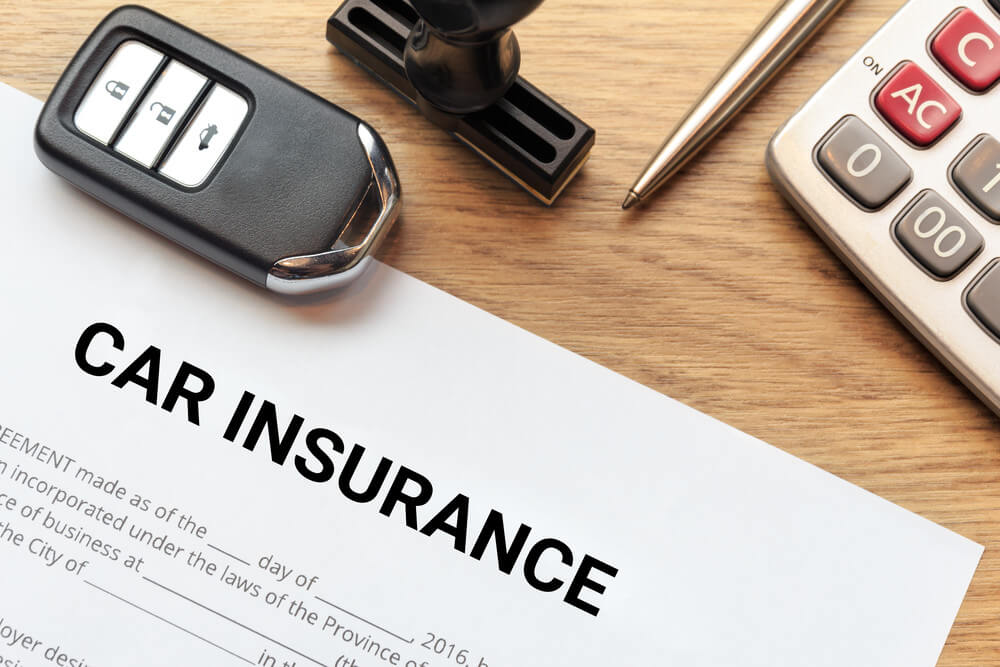 All About Iceland Car Rental Insurance 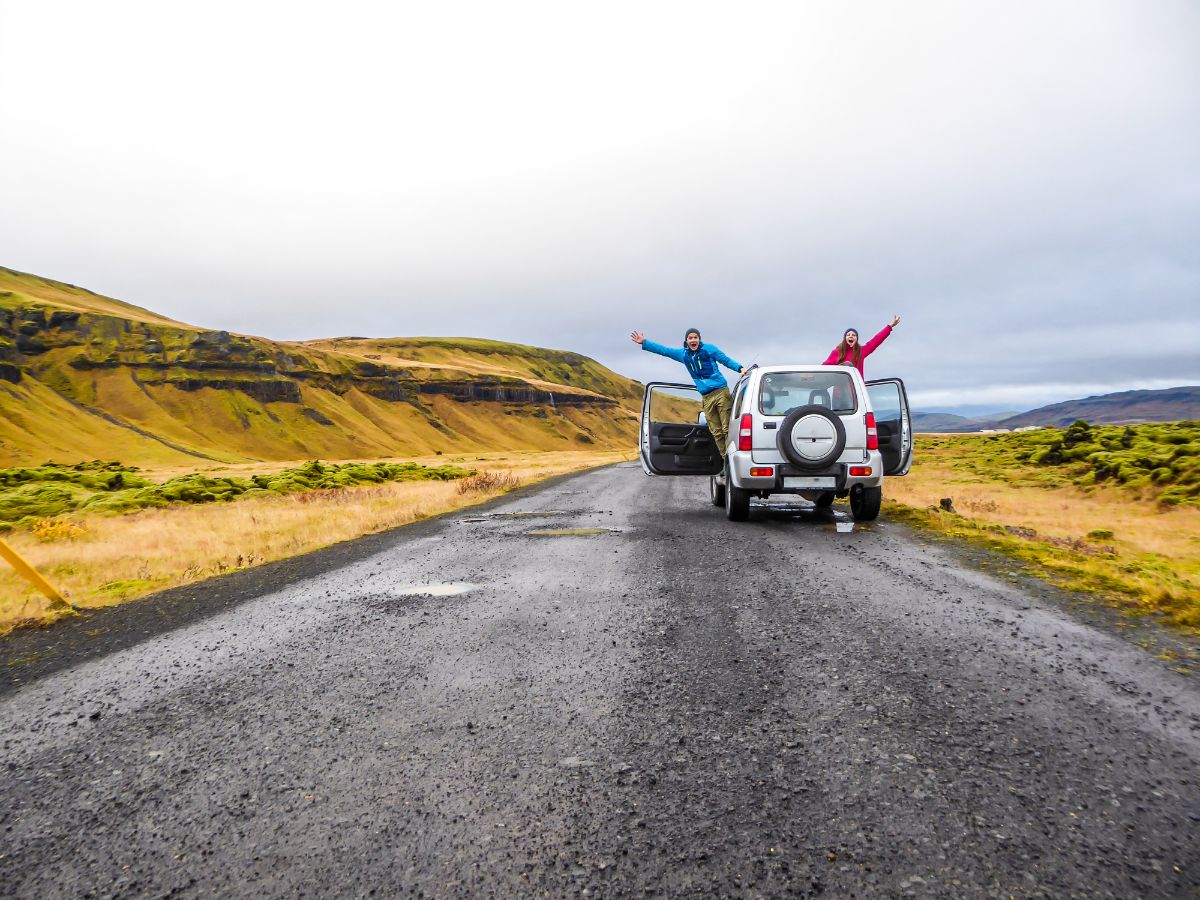