The Ring Road 2: New Route of The Westfjords

Traveling the Westfjords has never been an easy task. Thanks to this Iceland Ring Road 2, the journey through this untamed region will be much easier.

Something new is coming to Iceland. A new way to explore a beautiful area of the country that currently few who visit Iceland get to see. Most of you will have heard of Route 1, a.k.a. the Ring Road: the route that circumnavigates the island.

Many who complete this route bypass the Westfjords, knowing that it is a separate adventure in itself and takes several days to explore properly. Until now, road access around the Westfjords was limited, especially in the wintertime. But, from the Fall of 2020, it will be much easier to experience the Westfjords, or Vestfirðir, via the Ring Road 2.

Driving from Reykjavík to the Westfjords

The capital of Iceland, Reykjavík, is located in the south-west. The Westfjords are found in the north-west of Iceland, so it’s straight up and down the coast between the two, along Route 1.

From Reykjavík to Bifröst is 105 km (65 miles) and, although that isn’t where the Westfjords start, it’s just before the turn-off to the road that will take you to the Westfjords: Route 60. 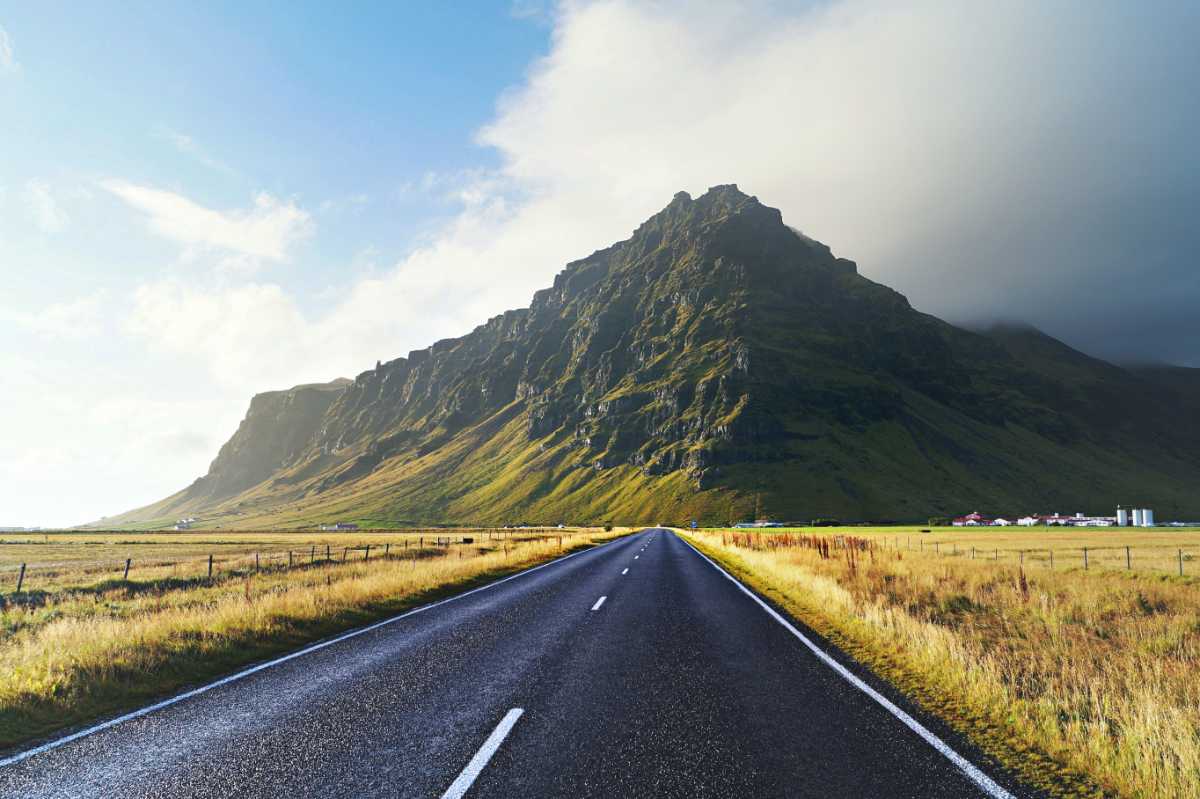 How Long Does it Take to Drive Around the Westfjords?

To travel around the Westfjords is a route of over 950 km (590 miles), a journey of at least 14 hours if the weather is good. But this does not really consider the conditions of the roads.

In the past, certain parts of the Westfjords route have been a little tricky to drive on. Some sections of Route 60 (one of the main highways in the Westfjords) are still unpaved, and so the going is slow at times.

The chief purpose of the Ring Road 2 is to encourage visitors to spend longer in the Westfjords area. It has so much to offer, and yet a small percentage of people who come to Iceland make it up to there.

Two reasons for this are the road conditions and the impassibility of some areas if there has been heavy snowfall. However, with the unveiling of the Ring Road II in the Fall of this year, certain construction work has been taking place to streamline the access of this route.

One of the chief changes taking place is the building of a new tunnel, Dýrafjarðargöng. This tunnel will cut across the base of a fjord, between Arnarfjörður and Dýrafjörður and will be 13.7 km long.

It will shorten the distance to Ísafjörður, the largest town in the Westfjords, by 27.4 km. The aim isn’t simply to reduce the distance traveled, though. The mountain pass road that is currently utilized through these southern fjords is regularly closed due to snowfall or avalanche risk. 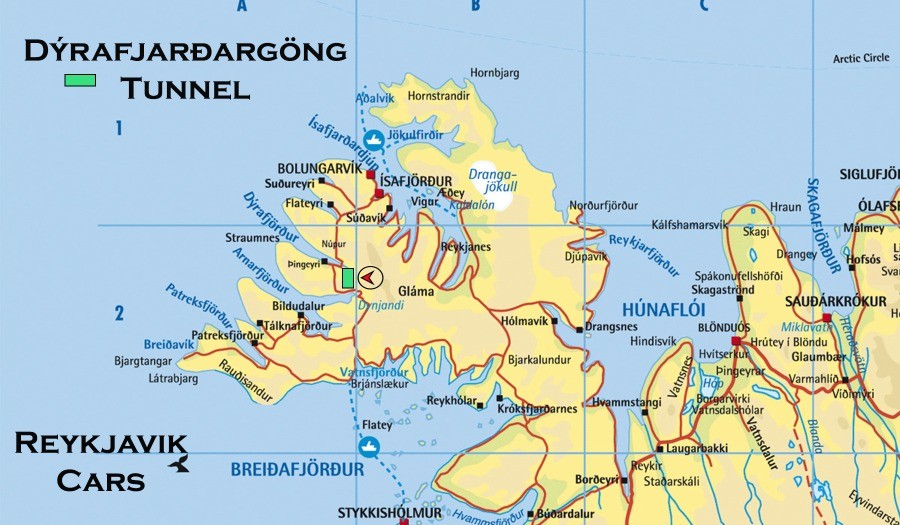 This new tunnel will ensure safe access throughout the year. It will mean if you are driving through the Westfjords between October and April, you will have one less place to worry about becoming stuck at. In addition, continuous improvements to Route 60 and Route 61 mean that you have much more paved road and less gravel road.

With the new tunnel and road improvements, you will be able to feel much more comfortable accessing the gems of this area, which I will discuss below.

What to See and Do Along the Ring Road 2

Hellulaug is a natural hot spring in the Westfjords. There is an abundance of geothermally heated pools in Iceland, but that great thing about this one is that it’s right next to the beach, so you’ll have a view of the ocean as you bathe.

It’s a fairly intimate size, with room for only seven or eight people at a squeeze. As a general rule, you should always bring a towel and swimming costume whenever you take a trip in Iceland because you’re likely to pass a hot spring wherever you go. Hellulaug is located just off of Route 60, right before Flókalundur if you’re traveling clockwise. 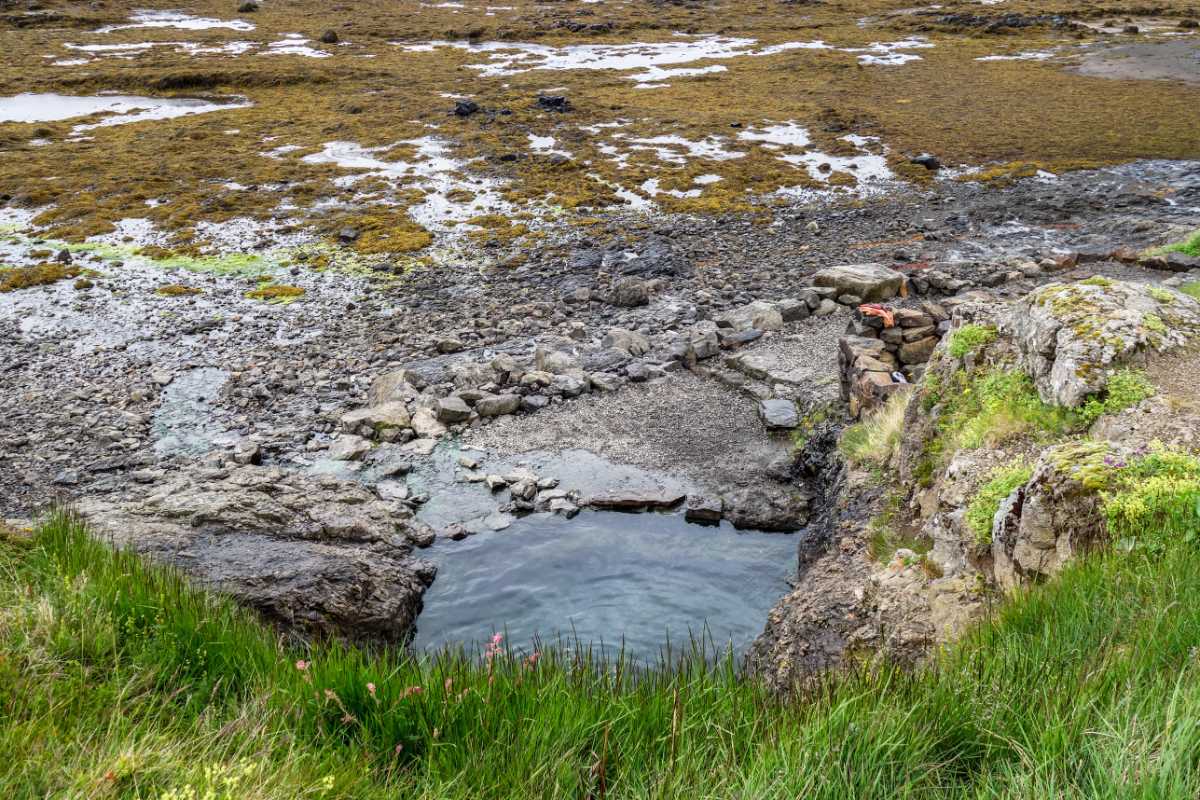 Most beaches in Iceland contain black sand, but in some spots the sand is yellow or gold, or, as is the case for this beach, red. Rauðasandur literally translates to ‘red sand’ and the sand has this color because the Westfjords are no longer volcanically active, so the black has gradually transitioned to red over millennia.

The beach is 10 km long and is best visited at low tide to be experienced fully. If you’re lucky, you will see seals relaxing on the beach and perhaps even some whales in the ocean.

At the western end of the beach (and also the westernmost point of Iceland and Europe) is Látrabjarg. Látrabjarg is the highest bird cliff in Europe and is a nesting place for over five million birds in the summer.

A variety of species make their homes in the cliffs, including Arctic Puffins. While it may be tempting to get up close for a selfie with these majestic birds, don’t get too close. 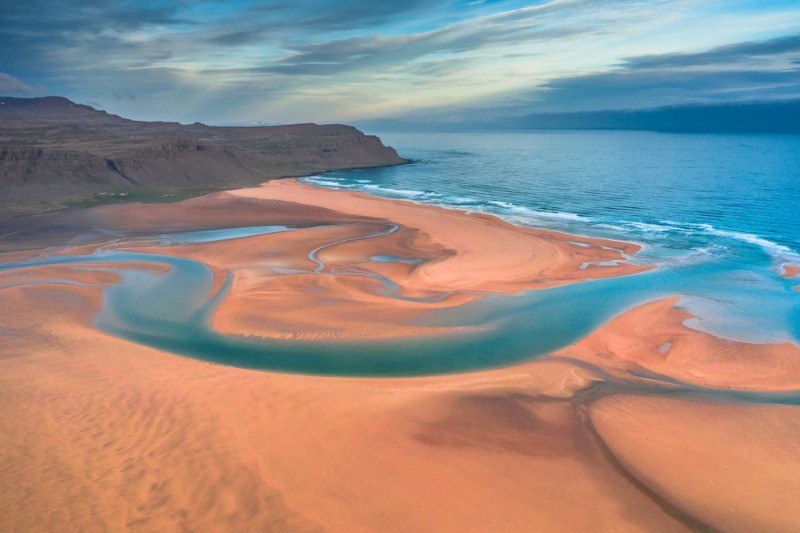 For one thing, the places they nest (on the side of cliffs) are treacherous for humans. Bring your camera and a good lens, and do your best not to disturb the birds as you observe them. While some bird species roost at Látrabjarg year-round, puffins can only be seen there from May to August.

The gravel road Route 614 will take you to Rauðasandur. Take care on this road, it’s bendy and there are no guard rails.

Iceland is famed for its many stunning waterfalls, and Dynjandi (translation: Thunderous) certainly sits near the top of the list. Also known as Fjallfoss, Dynjandi is actually a series of waterfalls that collectively are 100 m (328 feet) high. Found just off route 60, 30 km (19 miles) north of Flókalundur, the top of Dynjandi is accessible via a fun 15-minute hike.

The great thing about this waterfall is that it can be experienced from several angles, and each one presents a unique perspective. 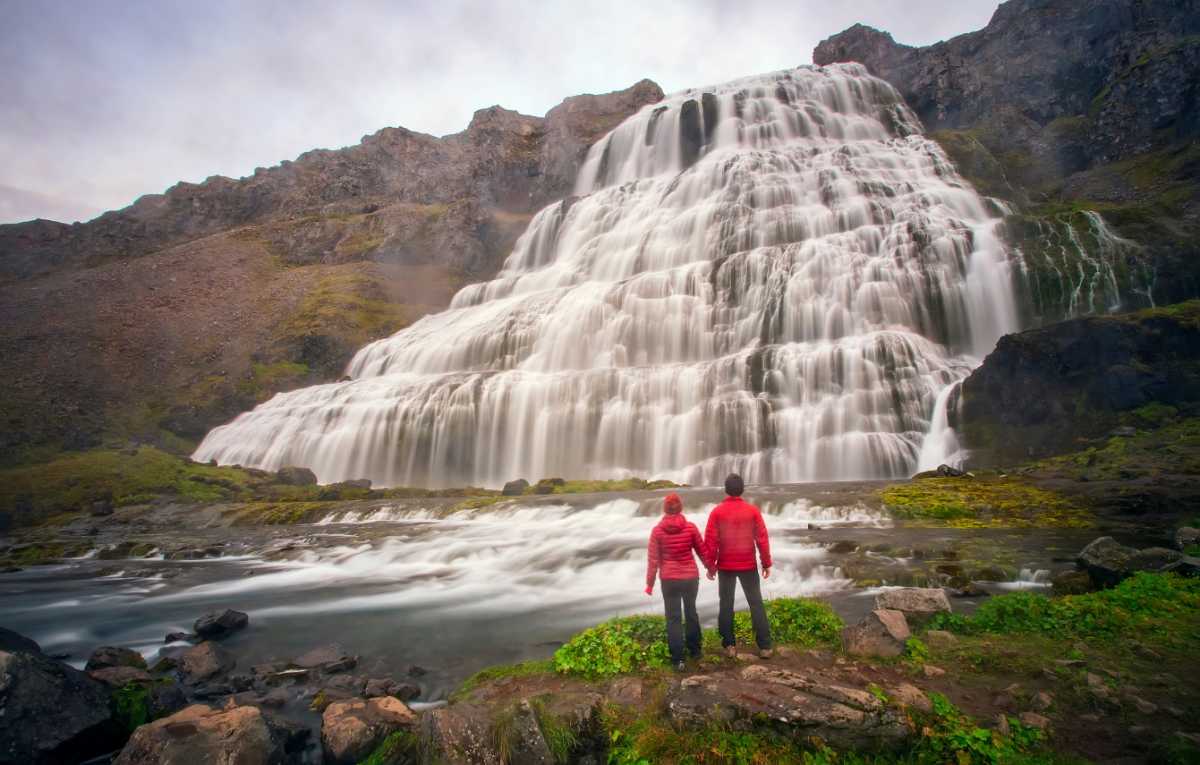 With a population of 2,600 people, this fishing town is the largest urban area in the Westfjords. A historically significant area, Ísafjörður contains several museums depicting its history, as well as some great hiking trails and other adventure activities.

The town hosts a variety of festivals throughout the year, such as the Aldrei fór ég suður (I never went south) music festival in Easter. Be sure to hike up Naustahvilft, or the Troll Seat, for incredible views of the town and surrounding fjords. Whale Watching tours also leave from the harbor at Ísafjörður and twenty species of whale have been seen around the Iceland coastline at various times.

Head north along Route 60 (if you’re traveling clockwise) or Route 61 (if counter-clockwise). Both will lead you to Ísafjörður, the area’s capital and center of business. 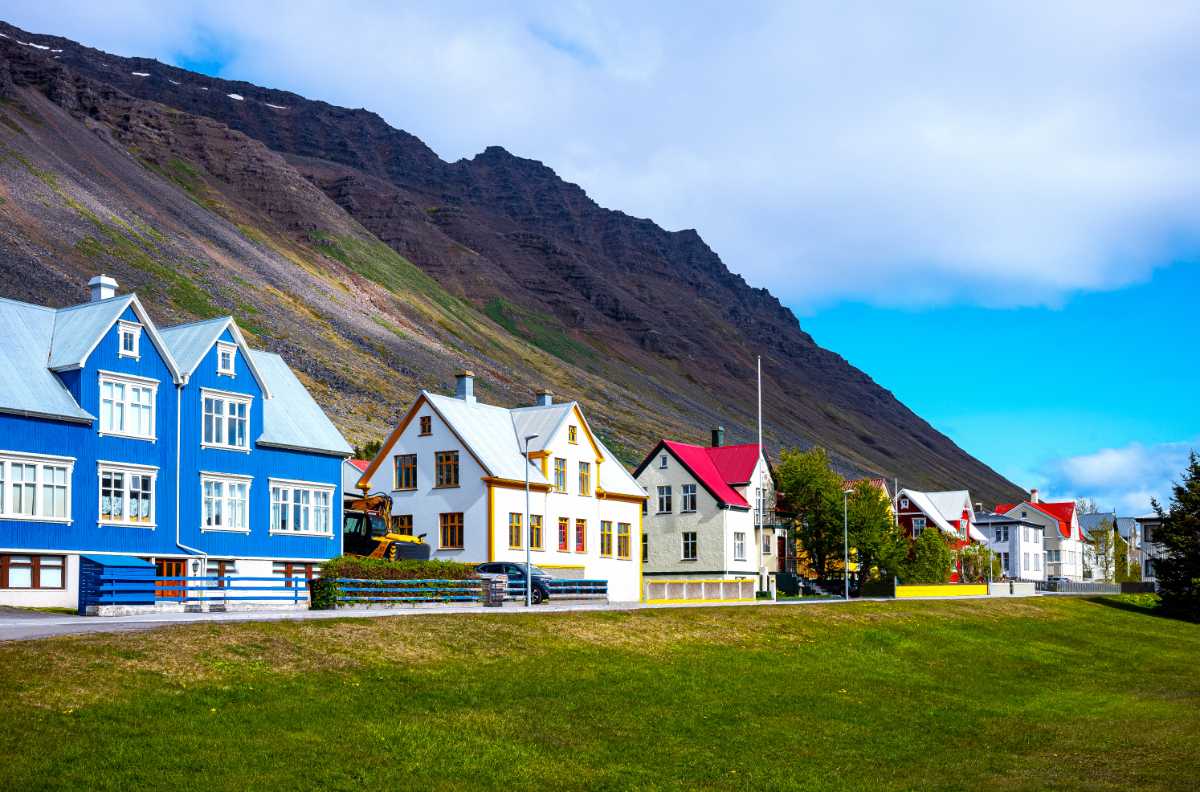 Even with the creation of several new tunnels in the last few decades, it’s still an adventure navigating the winding, coast-hugging roads of the Westfjords. You will have almost constant views of the Atlantic Ocean and plenty of birds to watch (including Iceland's iconic puffins). Simply put, you have two main options regarding your route: clockwise or counter-clockwise.

After following Route 1 out of Reykjavík and then turning onto Route 60, you continue along this road until you come to the junction between Routes 60 and 61. If you wish to travel clockwise, continue along Route 60, or turn onto 61 to travel in the other direction.

There isn’t really a better way between the two, so my advice would be to follow the weather. Check the forecast (on the Icelandic Meteorological Office’s website) in the areas you are planning to visit and travel accordingly. 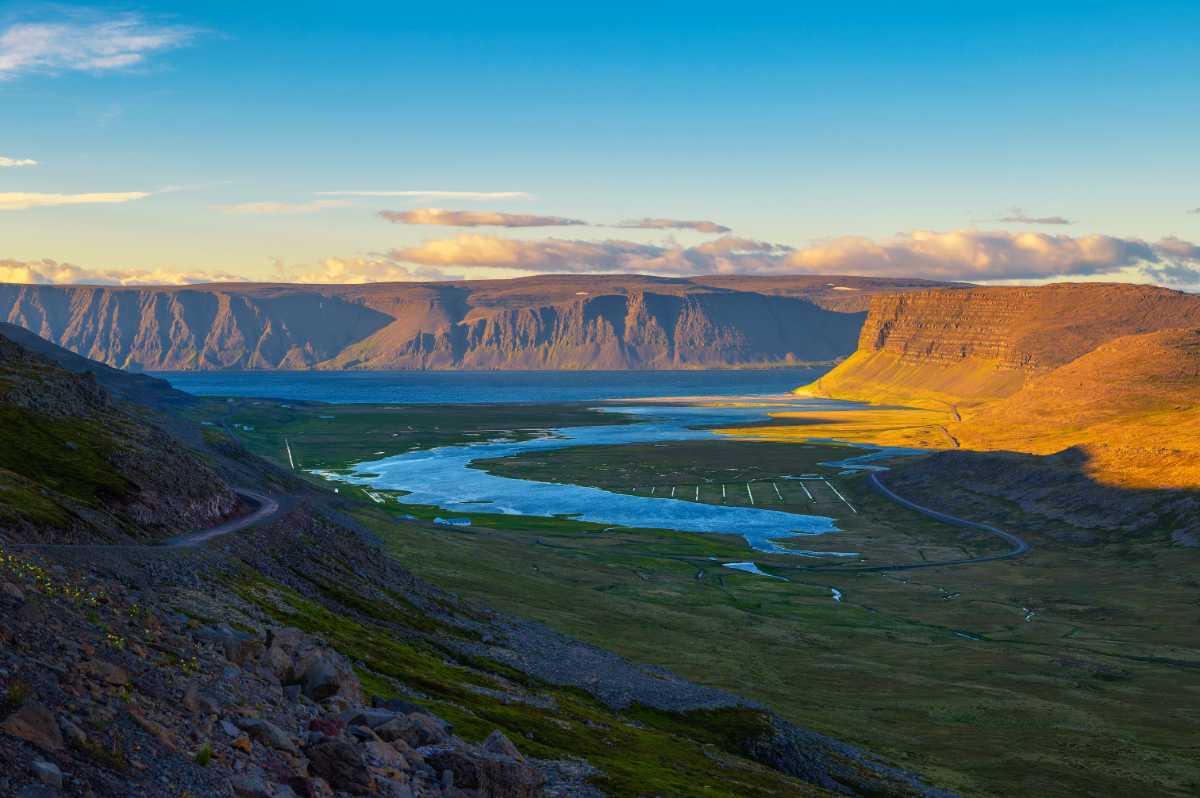 Where to Stay in the Westfjords' Ring Road

This depends on your budget and what type of trip you intend to have. Camping in the Westfjords is popular, and Hotel Flókalundur, a small, family-owned business, also has a campground attached that is open from June to September and offers wonderful views of the fjords. 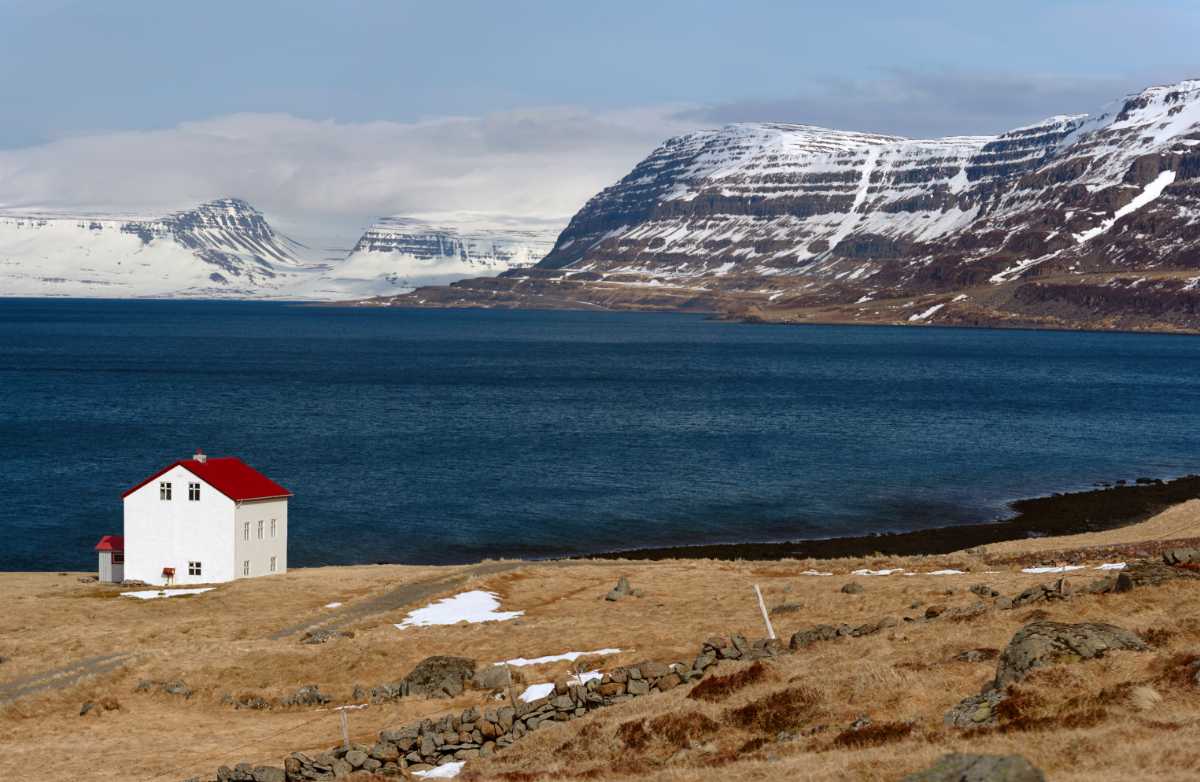 Traveling in the Westfjords

As I mentioned before, many sections of the highway in the Westfjords are still currently unpaved, gravel roads. When driving on gravel roads, it is important to stick to the speed limit (80kmph or 50 mph) and to stay aware of other vehicles.

Regarding your own vehicle, most standard insurance packages from car rentals in Iceland don’t cover damage caused by gravel. For peace of mind, consider purchasing Gravel Protection Insurance if you’re planning to drive on gravel roads in Iceland.

Iceland is known for occasionally having extreme weather, such as strong winds and snowstorms. Check the forecast before embarking on a trip, and pay attention to travel warnings and road closures (which can be found on online).

Even if the forecast looks good, it’s a good idea to always bring warm, waterproof clothing with you, as Iceland’s weather can alter spontaneously and dramatically. If you are driving around Iceland in the winter, ensure that your rental car has winter tires fitted and consider using winter tires. Have some de-icer spray and a windscreen scraper handy too.

When interacting with nature, keep this phrase in mind: Take nothing but photos, leave nothing but footprints. You might think that piece of lava rock will look great on your mantelpiece, but if every one of the two million tourists that visit Iceland every year took a rock home with them, we would run out of rocks fairly quickly. 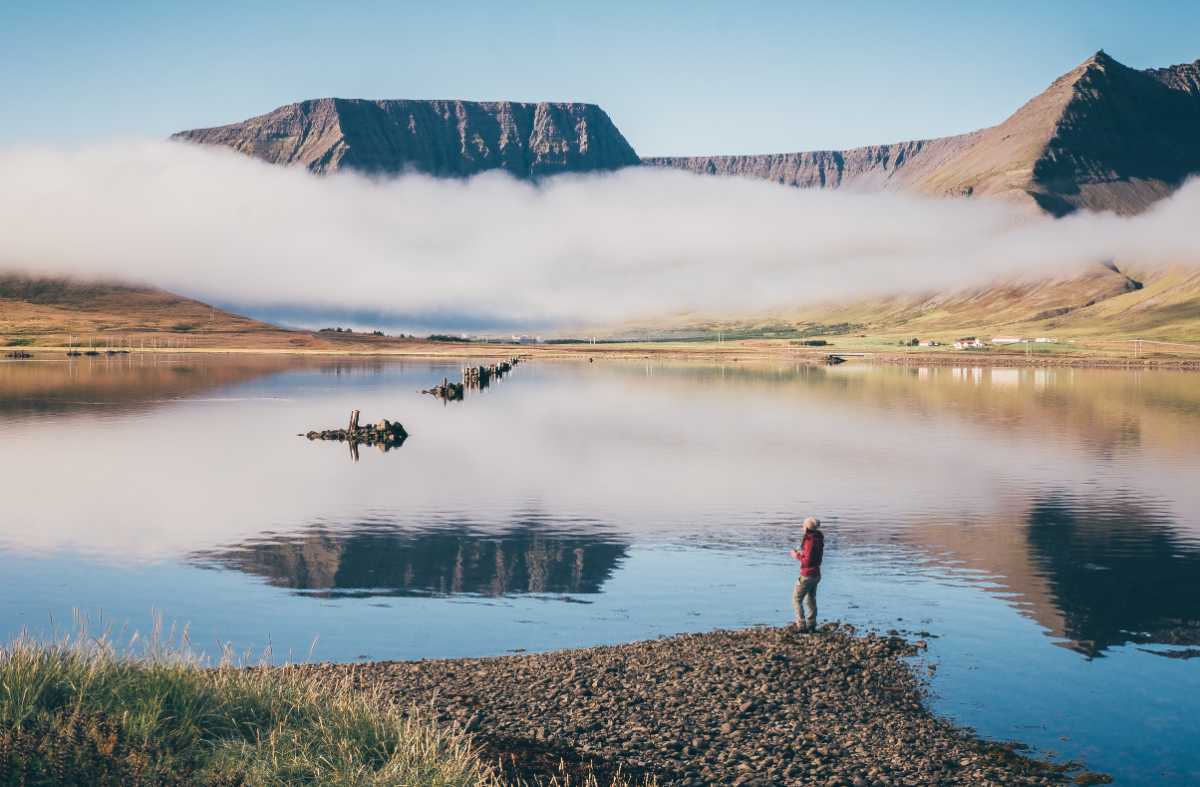 Do your best not to disturb animals and their nests, and do not throw any rubbish away in nature. Avoid stepping on the bright-green moss that you will see growing everywhere, particularly in Iceland’s lava fields. The moss is extremely delicate and takes decades to grow back once it had been damaged by humans.

Of the many tourists that travel to Iceland, not many make it past the Golden Circle or the Blue Lagoon. Of those that do, few navigate the Ring Road I. Even fewer head up to the sparsely populated, beautiful area of the Westfjords.

Complete the Ring Road 2 and count yourself into a small group of people who have experienced what this incredible area has to offer. Avoid the crowds, breathe some of the cleanest air, and drink some of the cleanest water in the world. See the northern lights or the midnight sunset, and you’ll wonder why you didn’t come to Iceland sooner. 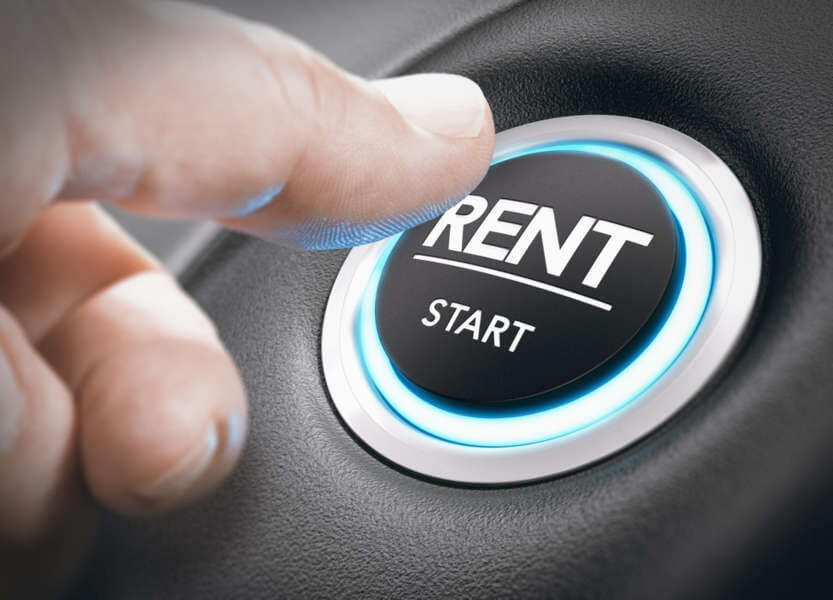 Last Minute Rental In Iceland - Is It Possible? 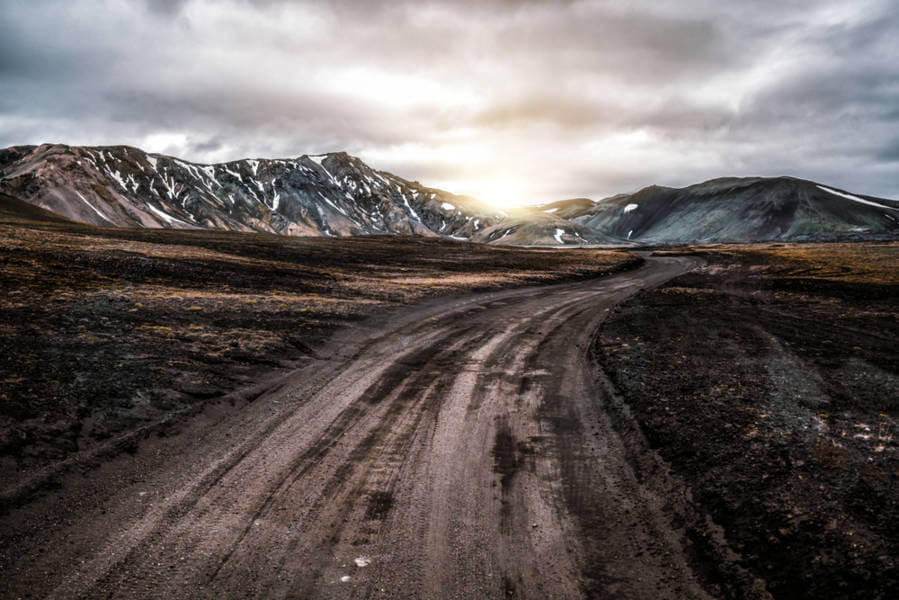 Are Iceland F Roads Worth The Trouble? 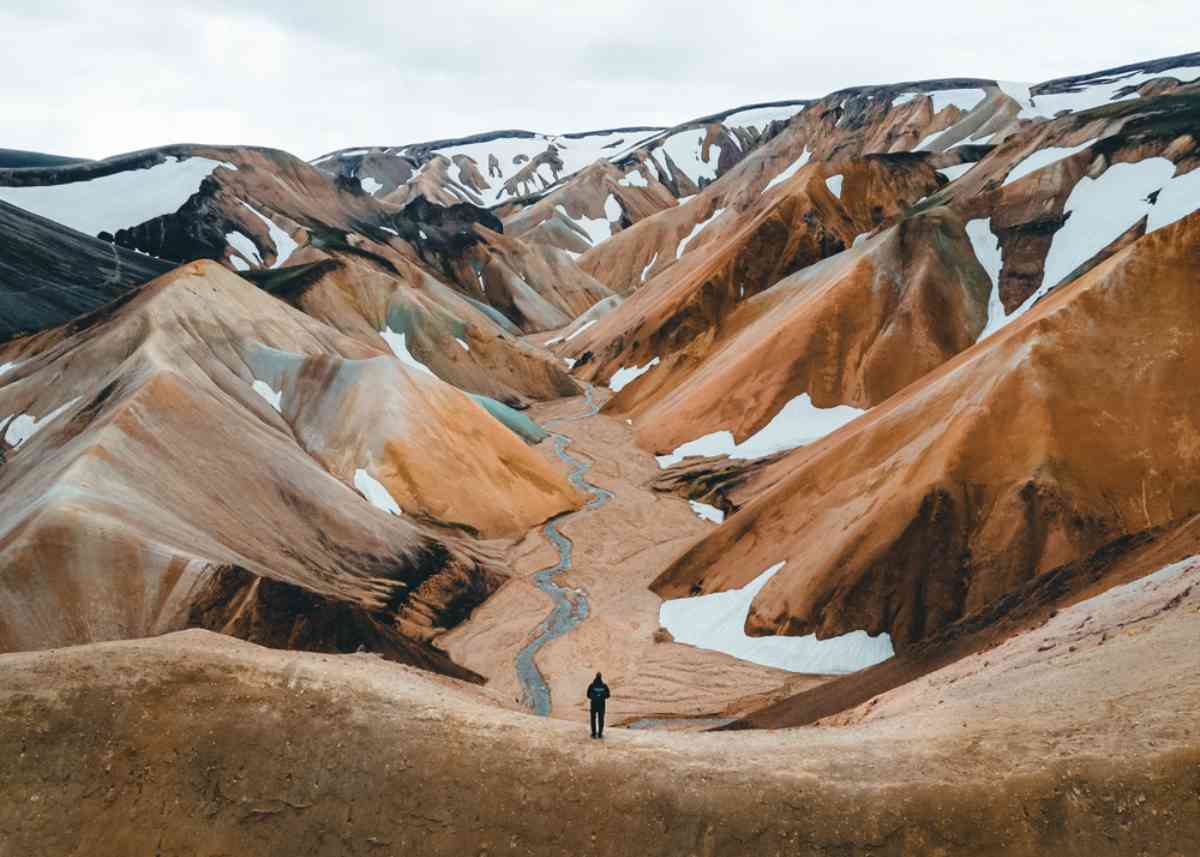