The Golden Circle VS The Diamond Circle - A Full Comparison

What are the pros and cons of each route? Which one should I add to my itinerary? Let's do a complete comparison of the Golden circle VS the Diamond Circle. 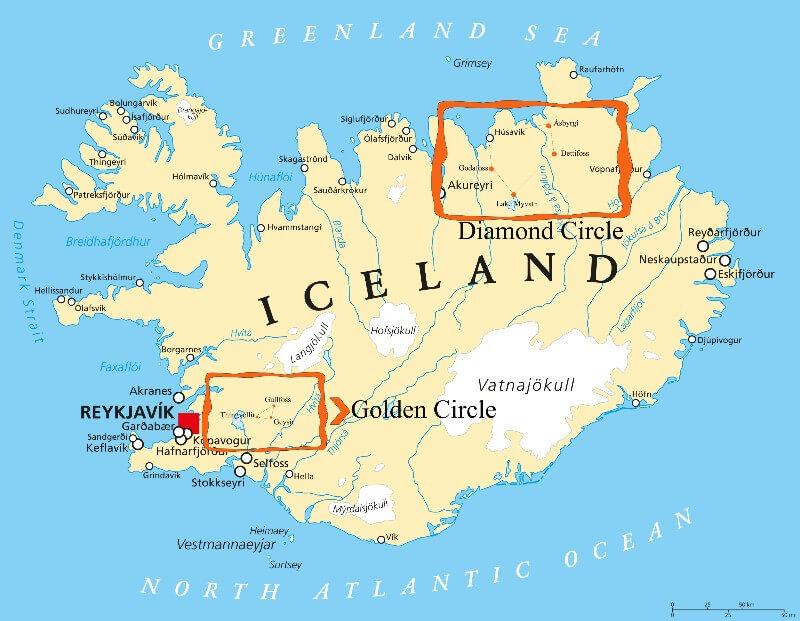 Most visitors to Iceland have heard of, and plan to journey on, the Golden Circle. But how many of you have heard of the Diamond Circle? While the Golden Circle lies to the south, the Diamond Circle is located in the north. Both offer opportunities to see some of the best waterfalls in Iceland as well as Iceland’s famous geothermal areas. So, what’s the difference between them? Let’s take a look.

The Golden Circle in Iceland is a route that begins in Reykjavík and includes three main points of interest, with many other great places to stop. The three main attractions are Þingvellir National Park, Gullfoss waterfall and the Geysir geothermal area. Þingvellir is significant in Iceland for two reasons: one, it is the site where Iceland’s (and the world’s) first parliament was held, and two, because it is an area where you can stand on two tectonic plates at once. Iceland is slowly being split in two as the North American plate and Eurasian plate are moving apart, and Þingvellir is at the center of this action. On top of that, it has incredible views of the surrounding landscape and is a wonder to visit at any time of the year.

Gullfoss is Iceland’s most famous waterfall. Translated as ‘Golden Falls’, Gullfoss is 32 meters (105 feet) high and is fed by the glacial river, Hvítá (White River), which in turn is fed by meltwater from Langjökull glacier. As with Þingvellir, you have an entirely different experience at Gullfoss depending on whether you travel there in the summer or winter. Why choose between them? Come back a second time in the opposite season and experience it anew. Thirdly is the Geysir geothermal area. This contains the Great Geysir, a pressurized hot spring that unfortunately not too active these days. There are other geysers in the area, the most active of which is Strokkur, which shoots boiling water 30 meters (98 feet) into the air every few minutes.

Aside from these three wonders, there are other spots definitely worth stopping at, such as the Kerið Crater Lake, which sits inside an extinct volcano crater. Then there’s the Secret Lagoon, a geothermal spa which rivals the Blue Lagoon. It’s actually the oldest swimming pool in Iceland and, in the winter, is a great place to see the northern lights from.

The Golden Circle is Iceland’s most popular route and so it can become a bit crowded in high season (June to September). There are several companies which offer guided day tours around the Golden Circle, or you could rent a car and drive the route on your own schedule. Because the Circle is so close to the capital, the tour can easily be completed as a day trip. 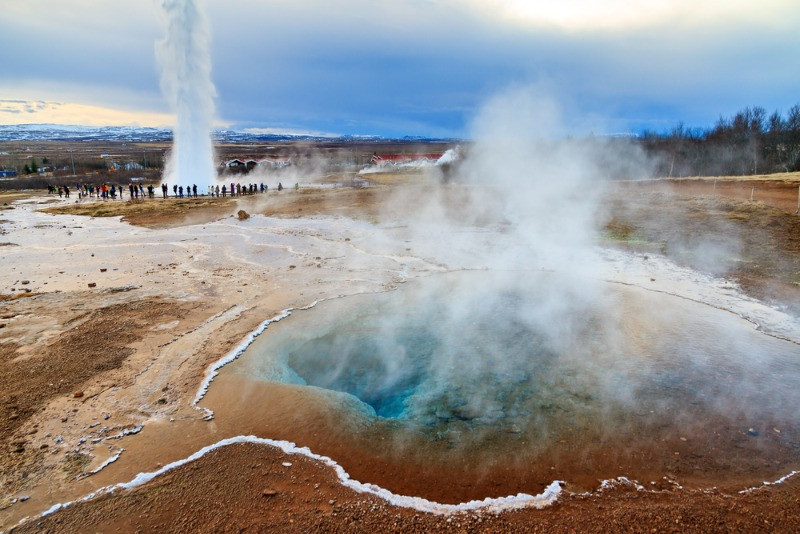 Goðafoss, or Waterfall of the Gods, is 12 meters (39 feet) high and 30 meters (98 feet) wide. It’s so named because it is linked to Iceland’s transition from Norse religion to Christianity.

Lake Mývatn is a volcanic lake, one of the largest lakes in Iceland, covering 37km². Not only is Mývatn beautiful, but it’s also known as the ‘northern lights capital of Iceland’. And, on the east side of the lake is the Mývatn Nature Baths, another geothermal spa renowned for its bright blue water and health benefits.

Dettifoss waterfall said to be either the first or second most powerful waterfall in Europe depending on who you ask, is 45 meters (148 feet) high and 100 meters (328 feet) wide. You may recognize it from its cameo in the movie Prometheus. 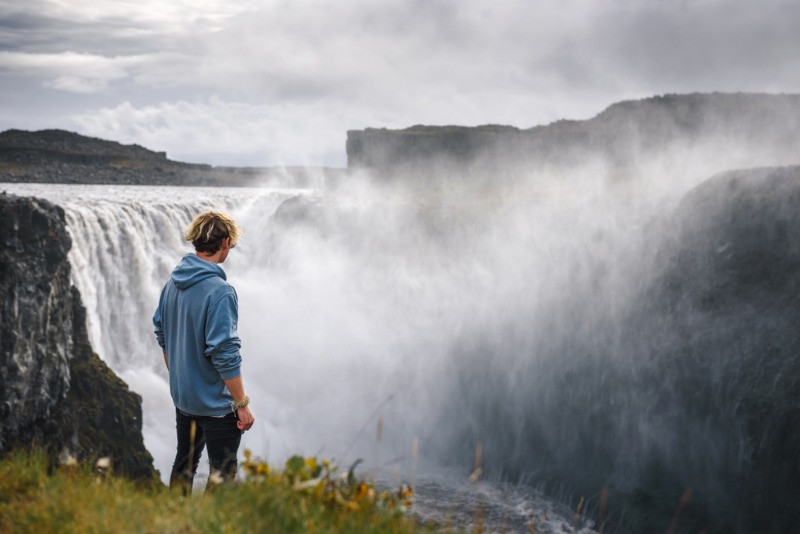 Ásbyrgi canyon is a huge, horseshoe-shaped glacial canyon with phenomenal rock formations. This is a great area to hike around, so bring some sturdy shoes with you.

Húsavík is a small town on the north coast, and is known as the ‘whale watching capital of Iceland’. Whale watching companies have set up here to allow you to (hopefully) experience a whale sighting. Twenty-three different species of whale have been spotted in the bay, including blue whales. Huge amounts of puffins also frequent this bay to fish.

The great thing about the Diamond Circle is that it’s just as great as the Golden Circle but it isn’t nearly as frequently traveled, so you won’t feel as crowded.

Both circles are actually around the same distance; about 250km (155 miles). Both utilize a part of Route 1, the ring road that encircles Iceland. And in both cases, there are companies that provide guided coach trips. These companies offer a variety of optional extras; for instance, on a Golden Circle tour, there is the option to include a visit to a man-made ice cave. If you want to pay a little more, there are companies that take small groups in 4x4 vehicles for a more exhilarating experience. Or, you could drive the routes on your own.

But here’s the difference. There are some roads on the Diamond Circle that can only be accessed in the summer, such as Road 864 that leads to the east side of Dettifoss waterfall. You can still access the waterfall from the west side at other times of the year, so be sure to check your route before leaving. And while the Golden Circle starts in Reykjavík, the Diamond Circle is best started and finished in Húsavík. So, if you’re coming from the capital, it might be a good idea to spread the trip over two days. First, drive to Húsavík, maybe jump on a whale watching tour, and then spend the next day visiting the other sites. 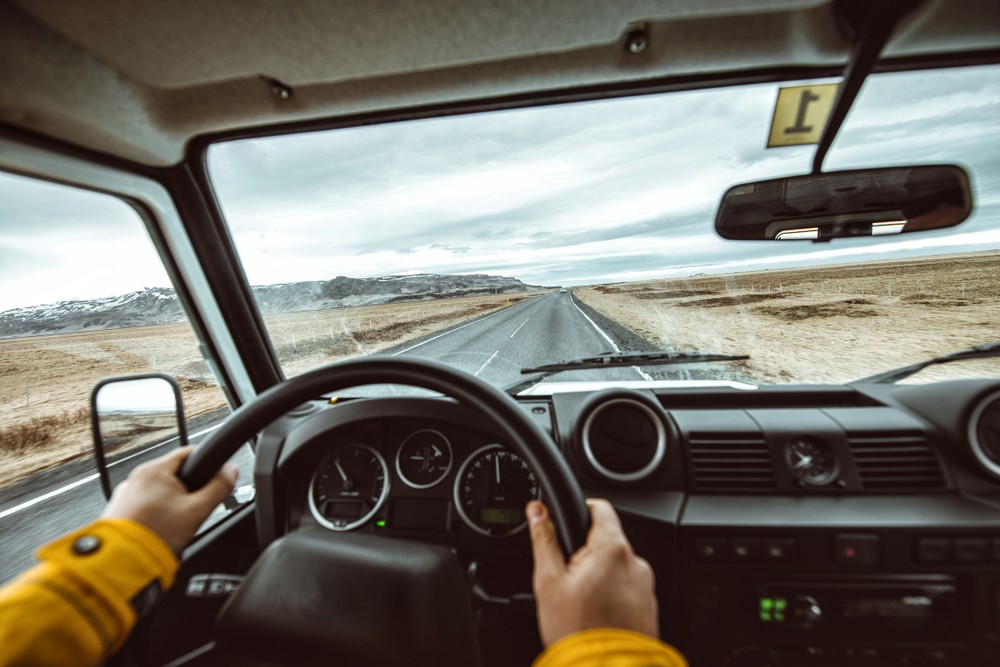 Other similarities between the Golden Circle vs the Diamond Circle

In both cases, the weather can impact your trip. In the winter, with heavy snow and rain, roads can become very icy here. Strong winds and heavy snow can significantly inhibit visibility. It’s best to only travel on these routes when the weather forecast is clear. You can check the forecast on the Icelandic Meteorological Office’s website, https://en.vedur.is/ . It may be that the weather becomes so bad that some roads close. Check on http://www.road.is/ to make sure your route is clear before leaving. Even with these precautions, always be prepared for the worst. Iceland’s weather is famously unpredictable, so always bring warm, waterproof clothing regardless of the season.

So, if you’re limited for time and want to explore some snapshots of Iceland’s great nature, check out the Golden Circle. If you are in Iceland for longer and want to see more of its animal inhabitants, head to the Diamond Circle. Or, do both. Neither one is to be missed. 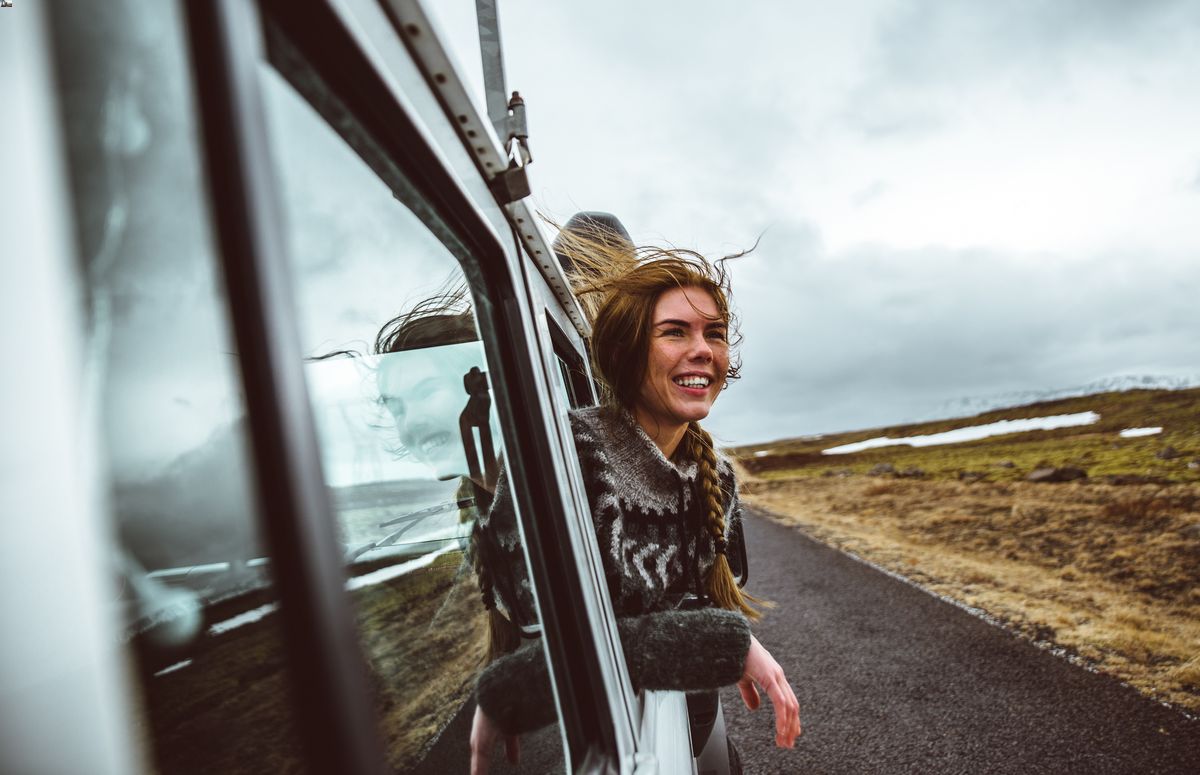 48 Hours In Iceland: A Quick Getaway 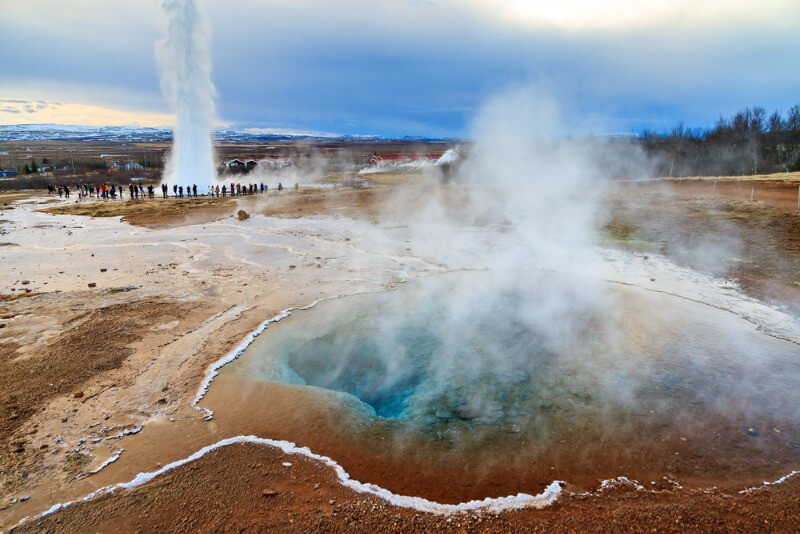 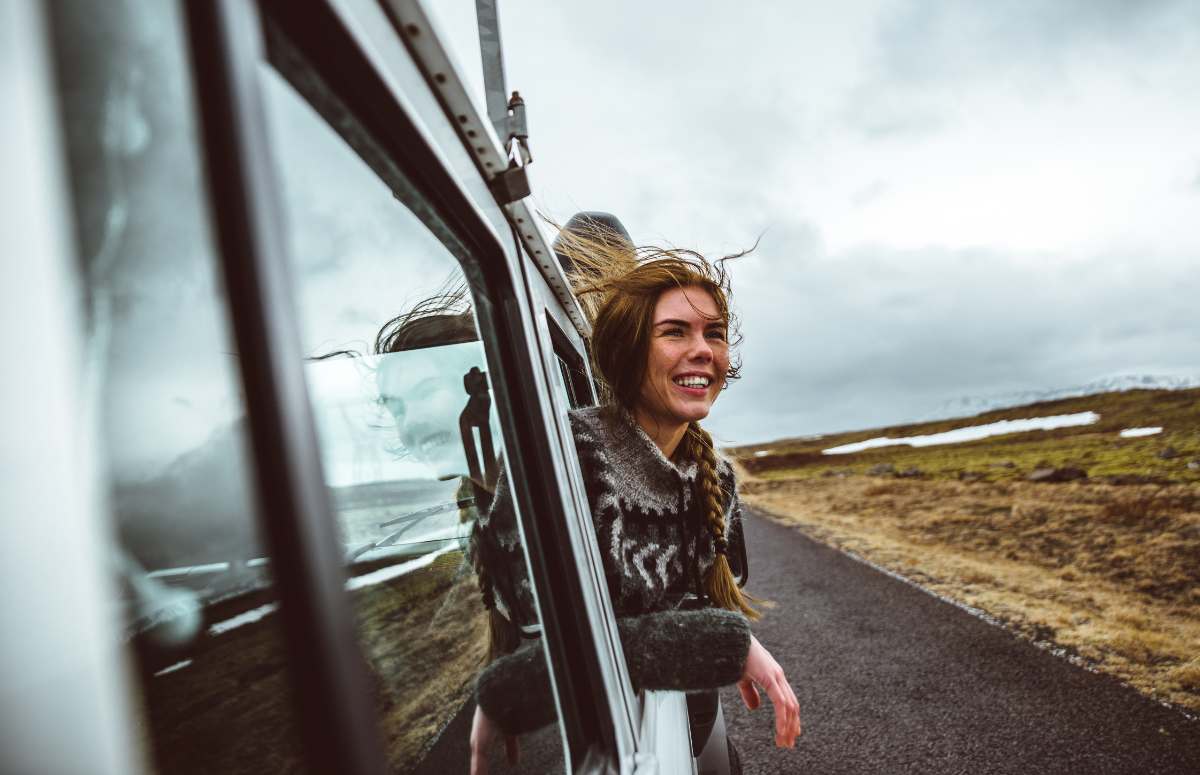