The great thing about Iceland is that it has a plethora of travel options for everyone. If you have a limited amount of time to spend in Iceland, these great day tours from Reykjavik can help! 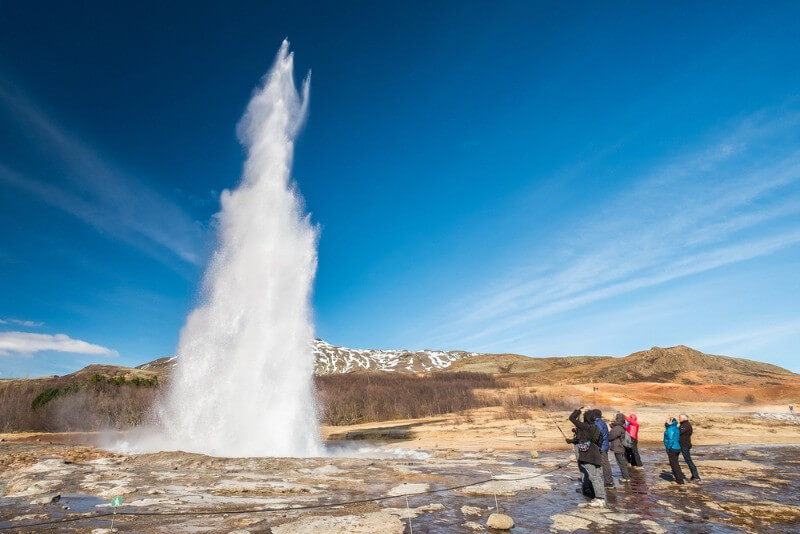 Touring doesn’t suit everyone. It can get boring unpacking and repacking as you drive from hotel to hotel. Yet Iceland has a lot to offer beyond the capital Reykjavik and it would be a shame to miss out. Instead of embarking on a road trip, why not take the rental car out for shorter periods instead with these great day tours around Iceland from Reykjavik?

The ultimate one day tour in Iceland is surely the Golden Circle tour. This popular excursion combines Geysir, Gullfoss waterfall and þingvellir National Park to create a quintessentially Icelandic experience. It features on all the tour operator itineraries, but going it alone and driving yourself means you have a lot more flexibility. If you want to make the most of the long summer days, you can stay a little longer and there’ll be no one trying to rush you back to the coach. The roads from Reykjavik are good and it’s an easy day trip.
Having your own vehicle and driving in Iceland means you are in charge of your own schedule. You can add on rafting, snorkelling or hiking. If you’re visiting in the summer months, you can opt for the slower scenic route 435 to reach the area, or get up very early and beat the first tour bus. If there’s a bunch of coaches at one of the sights, they’ll only be there for an hour or so, which means you can hang about, grab a coffee and dive in once they’ve pulled out of the car park. Similarly, in summer, the evenings tend to be quieter than the day time, so you can time your visit to miss the worst of the traffic. It’s one of the best Icelandic day tours from Reykjavik, so whatever you do, you won’t want to miss out.
It takes about forty five minutes to reach þingvellir National Park via the main highway, and it’s well worth the drive. This is where the North American and Eurasian tectonic plates are slowly edging apart. It’s a rugged landscape characterised by bare or moss-covered rock, steep gorges and the tumbling waterfall of Öxarárfoss. In 930, this is where Iceland’s first parliament, the Alþing general assembly, first met, continuing the tradition until 1798. Disputes were settled and laws were passed by the Lögrétta.

Icelandic nature at its most dramatic

Nearby, you’ll find Geysir. This is one of the largest and most active geyser fields in the world and underneath the ground you’ll walk on lies a superheated natural reservoir of water. At regular intervals, the pressure becomes too great and a jet of water erupts from the ground. That’s Strokkur, and it’s an incredible sight to see so much boiling water and steam spurt high into the air. The third part of the Golden Circle route takes you to Gullfoss Waterfall. It’s name means “Golden Falls” and it’s where the river Hvítá plunges into a gorge over thirty metres. Spray rises from the bottom creating soaking anyone who dares to stand too close to the edge.

Another popular one day tour in Iceland is to the waterfalls of the south coast. Make a beeline for Seljalandsfoss, which is unusual in that it’s possible to walk behind the falls. You might get a little wet from the cascade as you duck underneath, but looking through that curtain of water to the countryside beyond is a memorable experience, especially if you get lucky with a sunset.And don't forget about the midnight sun in summer!
Nearby, you’ll find a smaller waterfall called Gljúfurárfoss. It’s almost hidden, tucked out of sight in a narrow slot canyon. If the water’s not too high you can wade up the river to get closer. Not far along the ring road you’ll find another dramatic waterfall called Skógafoss. It’s one of the country’s tallest falls, standing 60 metres tall and 25 metres wide. The cliff that the water tumbles over actually once used to be the coastline. Climb the steps beside the falls rewards hikers with a fabulous view out to sea. Skógafoss is about a two hour drive from the capital, Seljalandsfoss slightly less, but both are worth the drive. 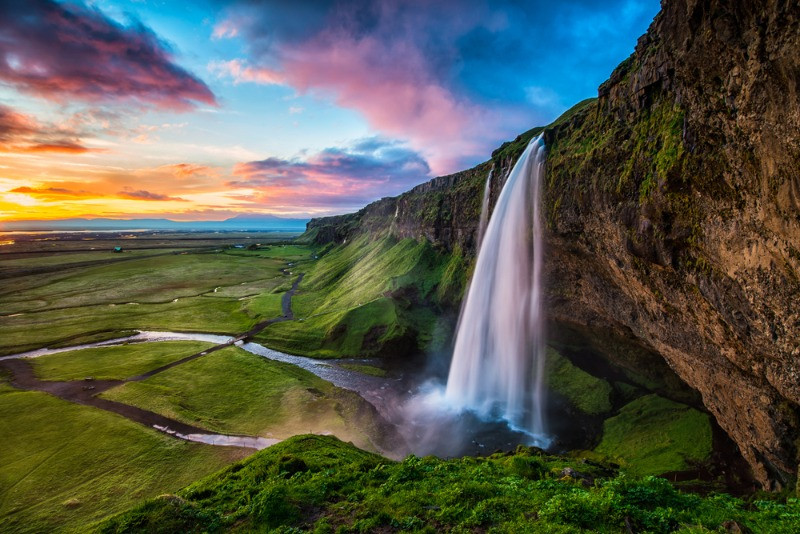 Another popular day tour from Reykjavik is an excursion to one of Iceland’s famous ice caves. It’s a little too ambitious to drive all the way to Jökulsárlón glacier lagoon without an overnight stop, so instead head for Húsafell, less than two hours from the capital. There, on Langjökull, the country’s second largest glacier, you can arrange a small group visit to Into The Glacier, a manmade ice cave that’s accessible all year round. You’ll need a guide, and access up onto the glacier to the ice cave tunnel is by super jeep, another fun experience to enjoy in Iceland.

Of the day tours around Iceland that are most convenient from Reykjavik, the Snæfellsnes peninsula is perhaps the one that gets overlooked as it sits just off the ring road. The scenery here is incredible, from Gerðuberg’s towering columns of basalt to the wave-cut arch at Gatklettur. It frames Djúpalónssandur, also known as the Black Lava Pearl Beach, as it’s one of Iceland’s famed black volcanic sand beaches.
The cluster of sea stacks at Londrangar can be viewed from the windswept headland or accessed on foot via a walking trail from Malarrif (Pebble Beach). Take care as it can get very windy here – you’re right on the Atlantic Ocean and the gales are legendary. Probably the most iconic view on the peninsula is that of Kirkjufell, or Church Mountain. If you’re lucky enough to have a strong aurora forecast, park up and watch the Northern Lights dance above this spectacular landscape.
One of Iceland’s many naturally-occurring hot springs can be found on the Snæfellsnes peninsula. Lýsuhóll geothermal pool has algae on the surface, which some declare has health-enhancing properties. Of course, many people prefer the luxurious facilities of the country’s most famous spa, the Blue Lagoon. Its water is a result of the nearby geothermal plant, but as you spread silica mud on your cheeks and lounge around with a glass of beer or wine from the pool bar, it will feel anything but industrial. Best of all, it lies conveniently between Reykjavik and Keflavik airport, so make it your first or last stop. But don’t miss the other attractions of the Reykjanes peninsula if you do.

Leif the Lucky’s Bridge is a must-see while in Reykjanes. Park up and it’s just a short stroll to this bridge over a plate boundary which marks the joining of the North American and Eurasian tectonic plates which move apart a little each year. Call in at the Duushús at nearby Reykjanesbær and the helpful staff will furnish you with a certificate to say that you’ve stood where North America meets Europe. Reykjanesbær is also home to the excellent Vikingworld and Icelandic Museum of Rock and Roll, both worth a detour.
Another great option is visiting Viðey Island, located only a kilometer off the coast of Reykjavík. You can reach the island by ferry and it is a lovely trip! 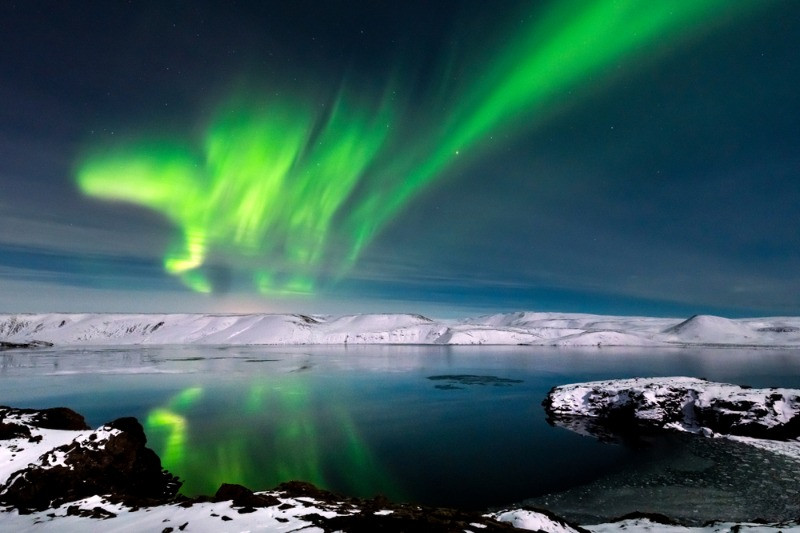 With so many options for day tours around Iceland, the self driver is spoiled for choice. Having the freedom of the open road has never been this convenient when you can see some of the world’s most awesome scenery by day and return to your Reykjavik hotel overnight. It’s truly the best of both worlds. Where do you think you’ll go first? 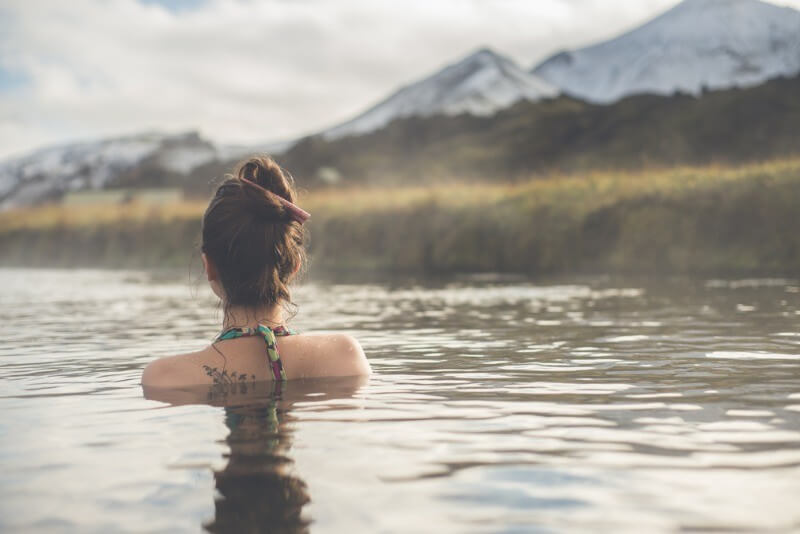 Spas In Iceland: Time To Unwind! 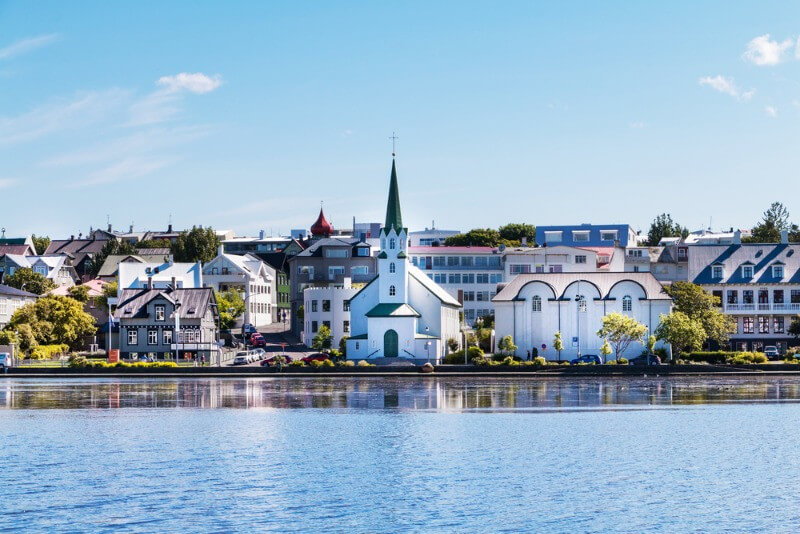 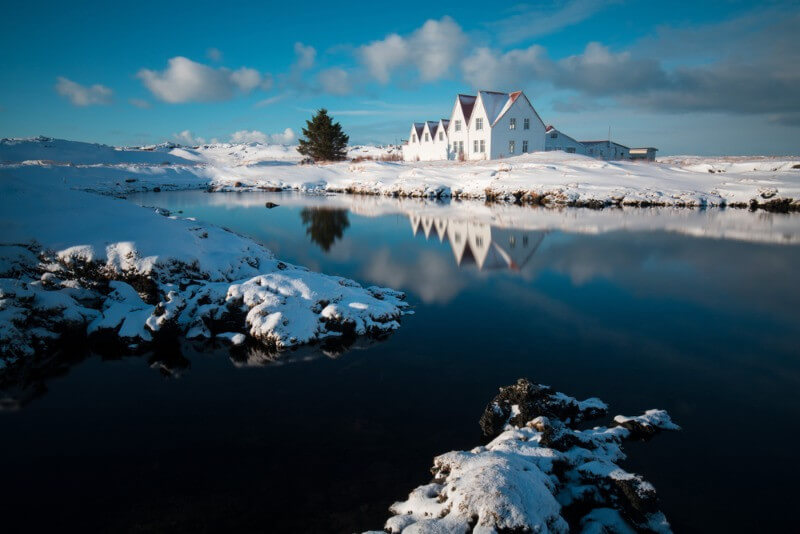 The Natural Wonders Of The Reykjanes Peninsula