Sample everything from sweet treats to delicious cured meats, here are the best 15 options of Iceland food for you to indulge in! 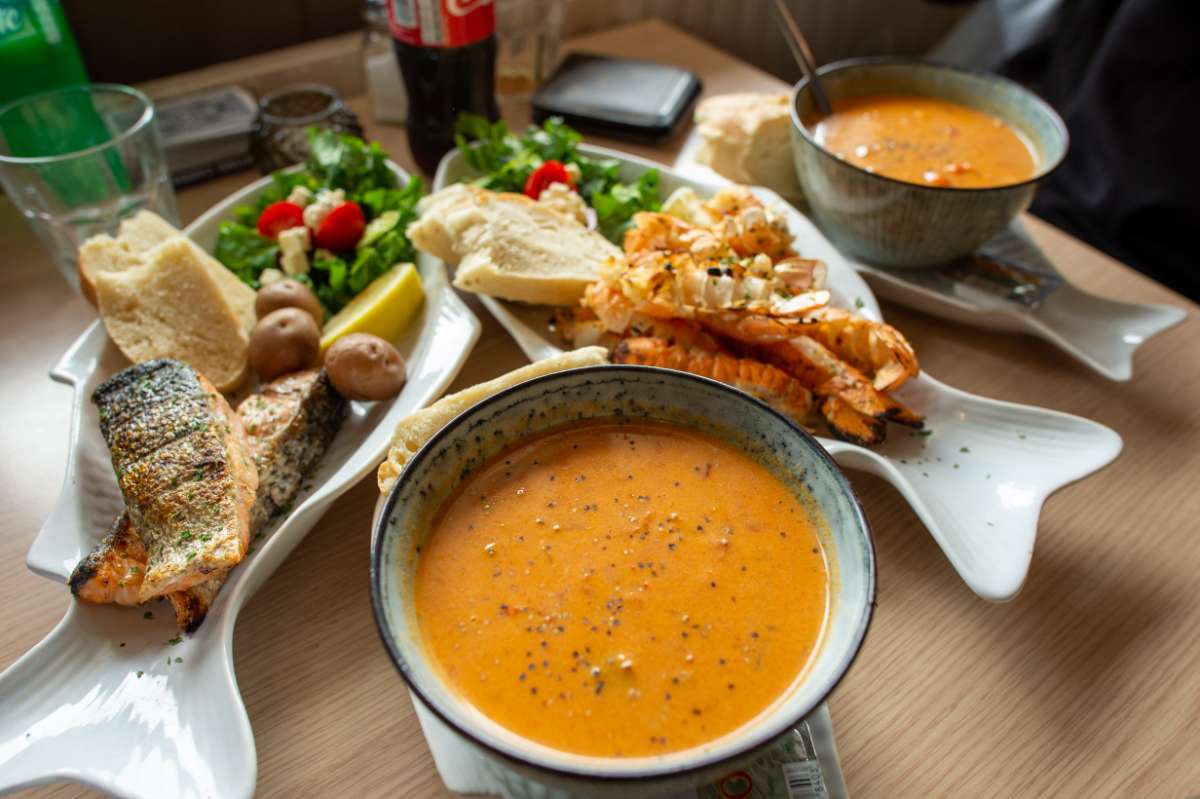 So, you’re planning a trip to Iceland. That’s great! You’ve decided when to visit, what to pack, and where to stay; but what are you going to eat?!

Iceland is a country with a rich and diverse culinary tradition. Icelandic food is heavily influenced by the country's natural surroundings and its history.

This guide to food in Iceland will help you find the best traditional Icelandic food to try. Whether you're looking for a hearty meal or something sweet, we've got you covered.

What Do They Eat In Iceland? Know the traditional Icelandic Food

Iceland is well known for its dramatic natural beauty. From its thunderous waterfalls and jagged mountain cliffs, to its colossal glaciers and black sand beaches. But for most people, food from Iceland is a mystery.

Similar to other Scandinavian and Nordic countries, the Iceland diet is the result of the ingredients and resources that were available to them. This includes lamb, cod, herring and char. These have been the main elements in Icelandic food for over a thousand years.

Traditionally, Iceland food tends to be meat-based due to the lack of farmable land caused by the harsh climate. This has changed in recent decades, however. Geothermal greenhouses have made growing vegetables easier. It has allowed Icelandic chefs to reimagine Iceland national food. 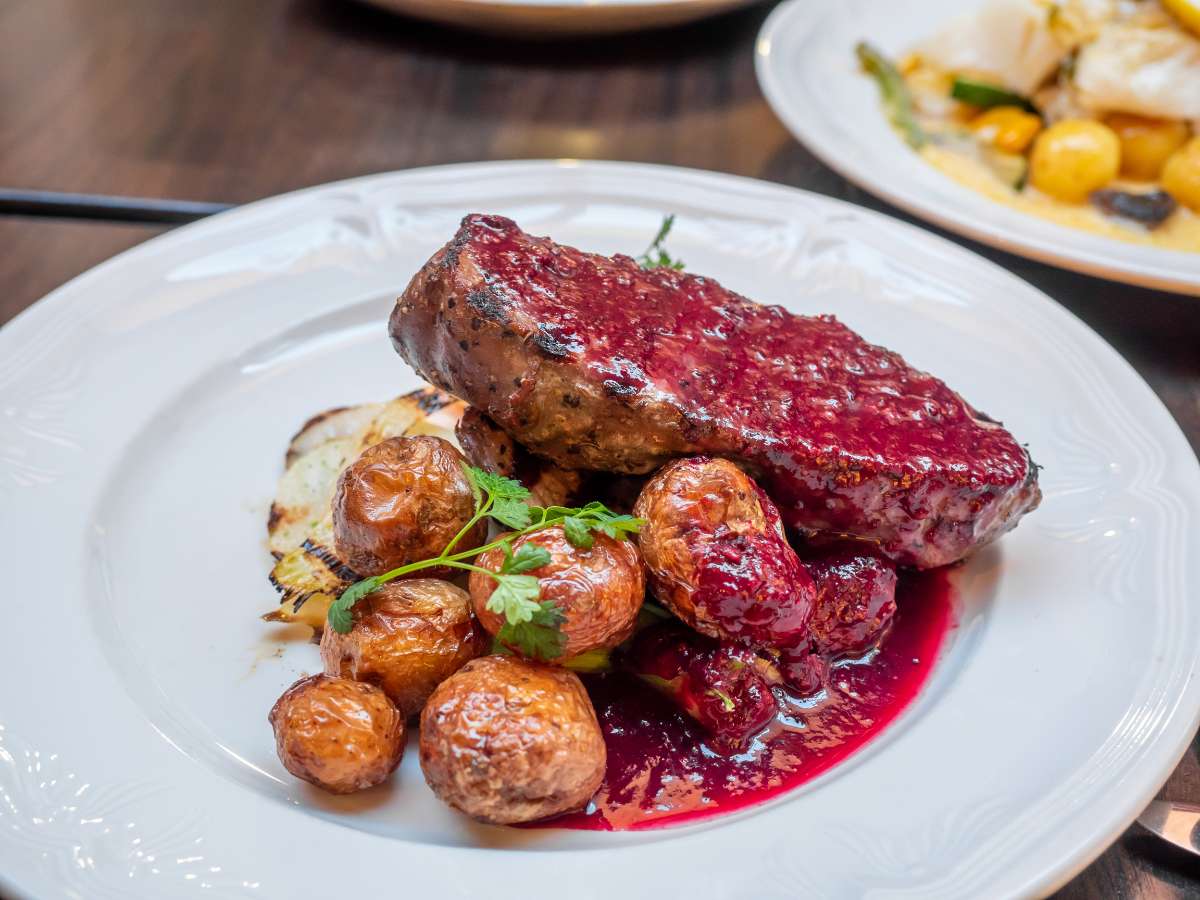 Vegetarian and vegan food isn’t the first thing you imagine when someone says Icelandic food, but rest assured; Iceland has plenty of options. Whether it’s Reykjavík street food or a sit-down meal in a restaurant, you’ll soon realize Iceland is a great place for vegetarians and vegans.

Continue reading to discover traditional Icelandic food and the national dish of Iceland.

Hakarl is fermented shark, and is considered the national dish of Iceland. Creating this traditional Icelandic food is a long process; the shark meat is cured and then hung out to dry. All together, it takes four to five months. The smell is very strong, so not an Iceland food for the weak. 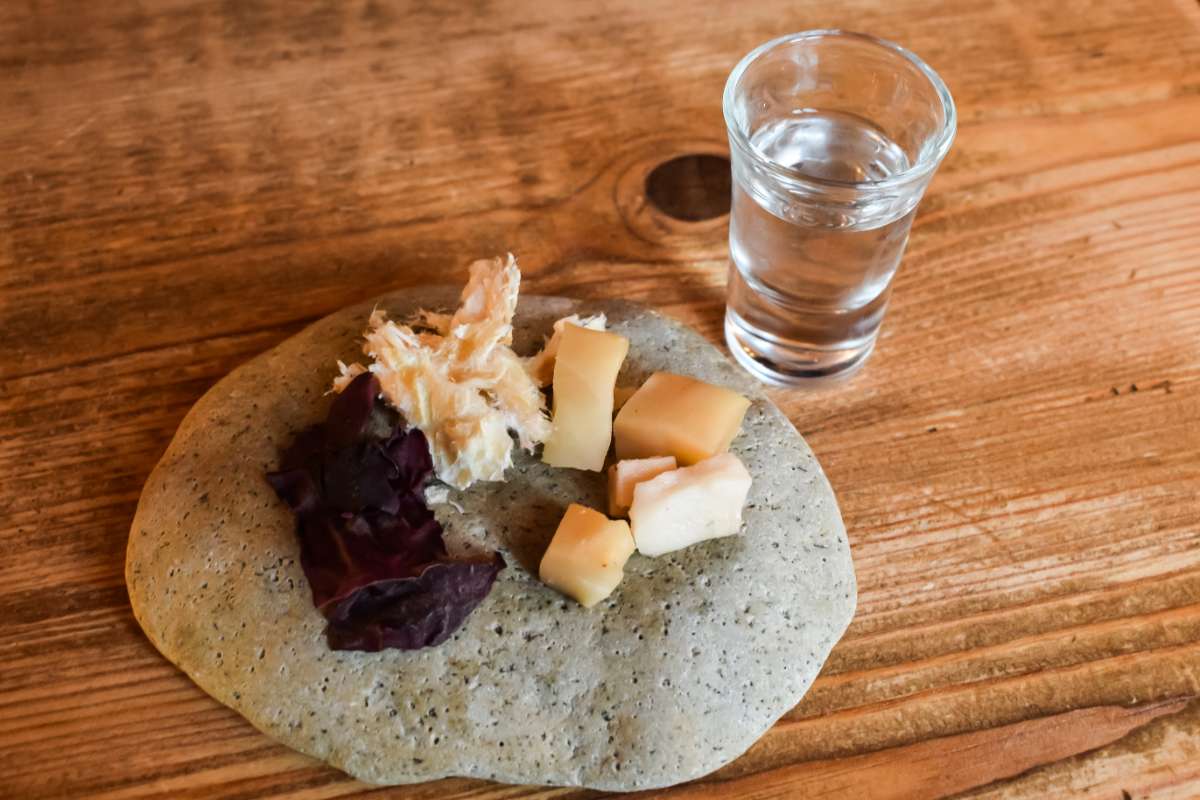 Plokkfiskur, a fish stew, is a staple dish in the Iceland diet. Delicious and hearty, this hot stew will warm you right up on cold Icelandic nights. Fish used in this dish can include boiled cod or haddock, and is often served with mashed potatoes and onions. This is a traditional Icelandic food, so many families will have their own take on this traditional dish. 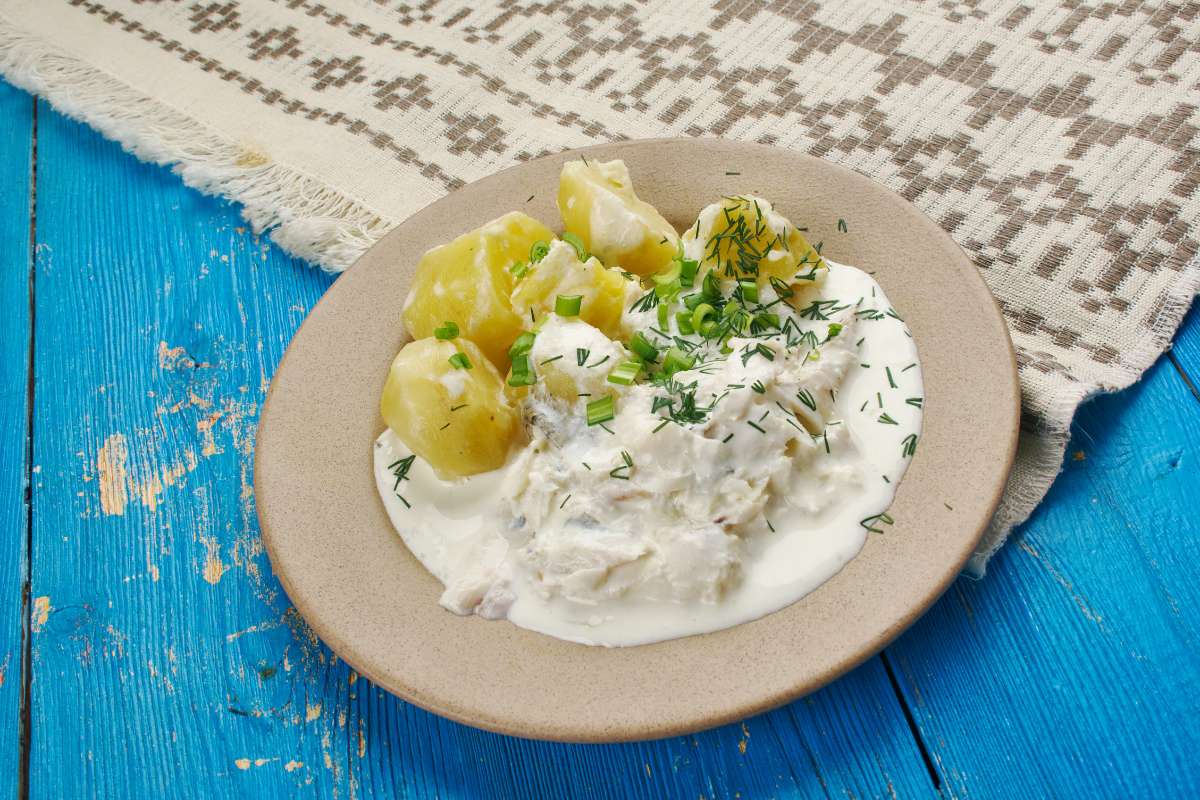 According to Faeda Magazine (an Icelandic food publication), hangikjot (smoked lamb) is the real national dish of Iceland. Sheep farming is a big deal in Iceland, so it’s no wonder that smoked lamb is so popular. 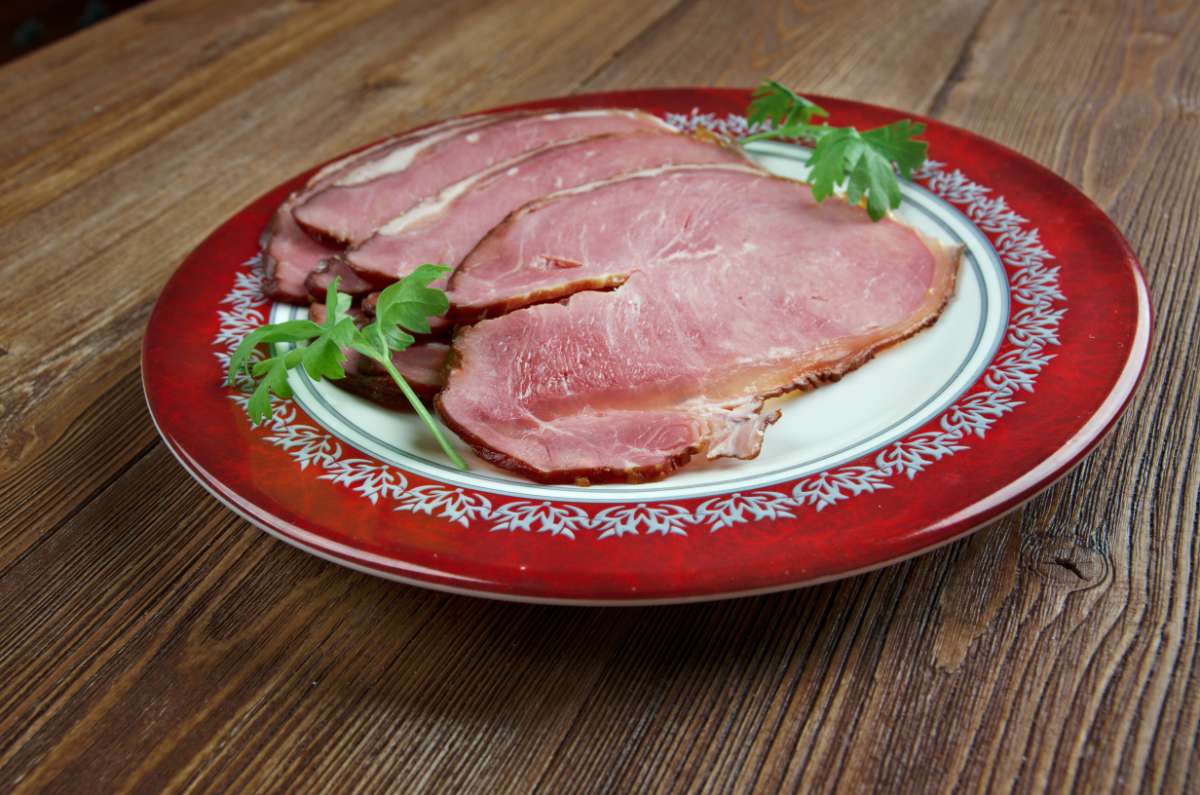 If you’re looking for a quick snack in Iceland, keep your eyes peeled for hardfiskur; dried fish. Hardfiskur is dried naturally by the bitter North Atlantic air. The dish can be enjoyed plain, but many Icelanders love to cover it with salted butter and eat it like popcorn at the cinema! 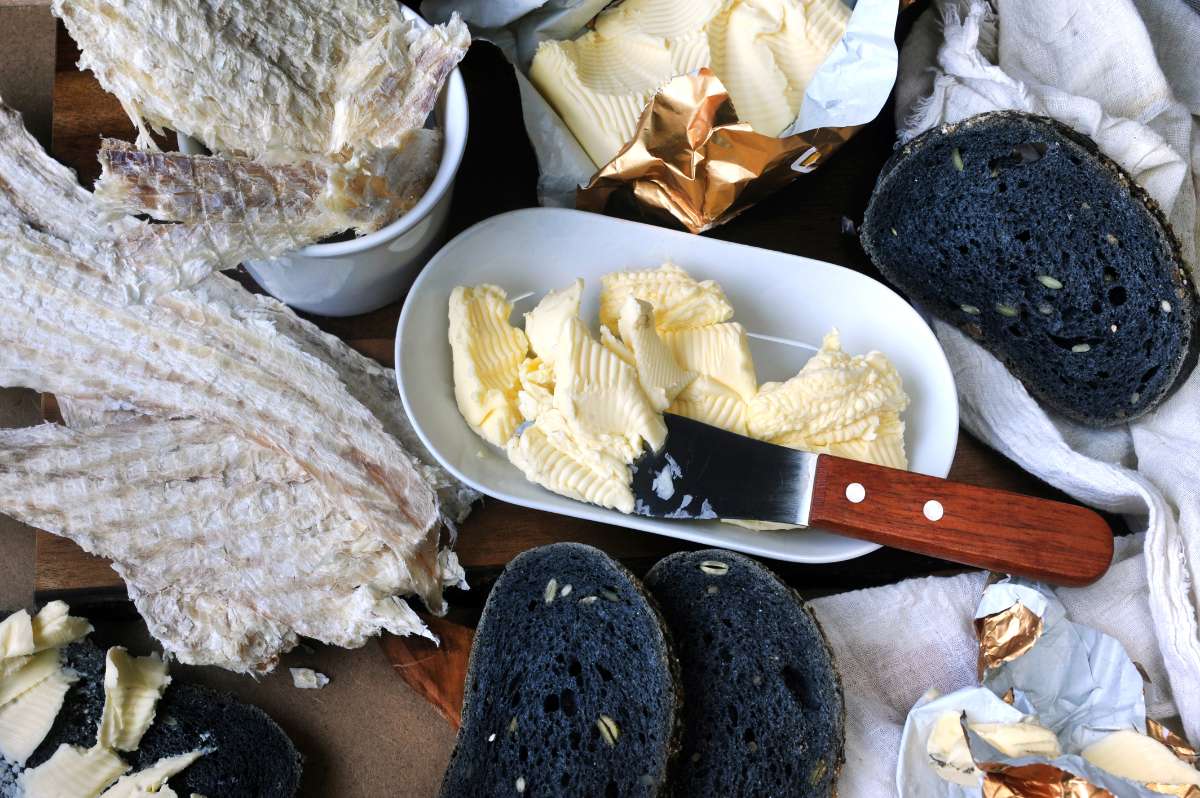 Rugbraud is rye bread cooked in a traditional Icelandic way; the bread is baked in a pot or wooden cask by burying it near a geothermal hot spring. The heat gently bakes the bread, resulting in a delicious crustless loaf. 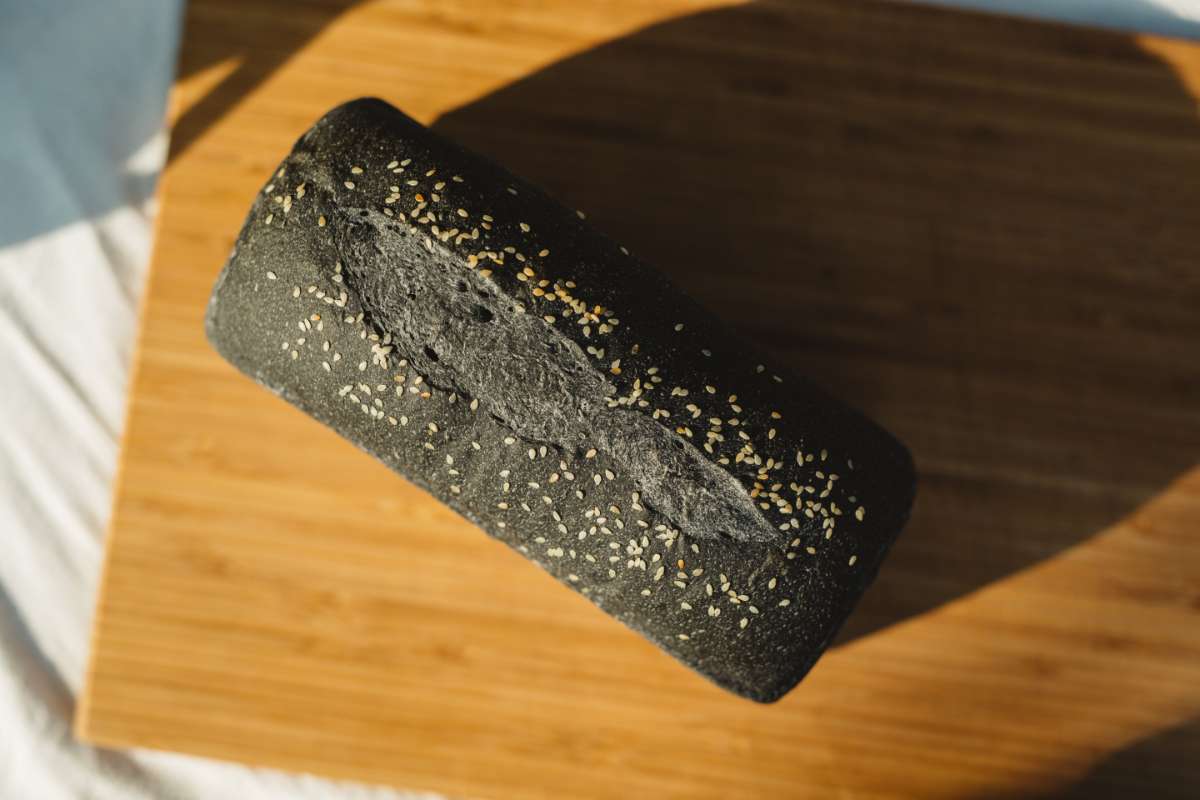 A traditional food in Iceland that is easy to make from home is flatkaka med hangikjoti; flatbread with smoked lamb. The flatbread dough is made by mixing lukewarm water with rye flour, then fried on a hot stove. Smoked lamb is a popular topping as it’s a national dish of Iceland, but you could also have cream cheese or lamb paté. 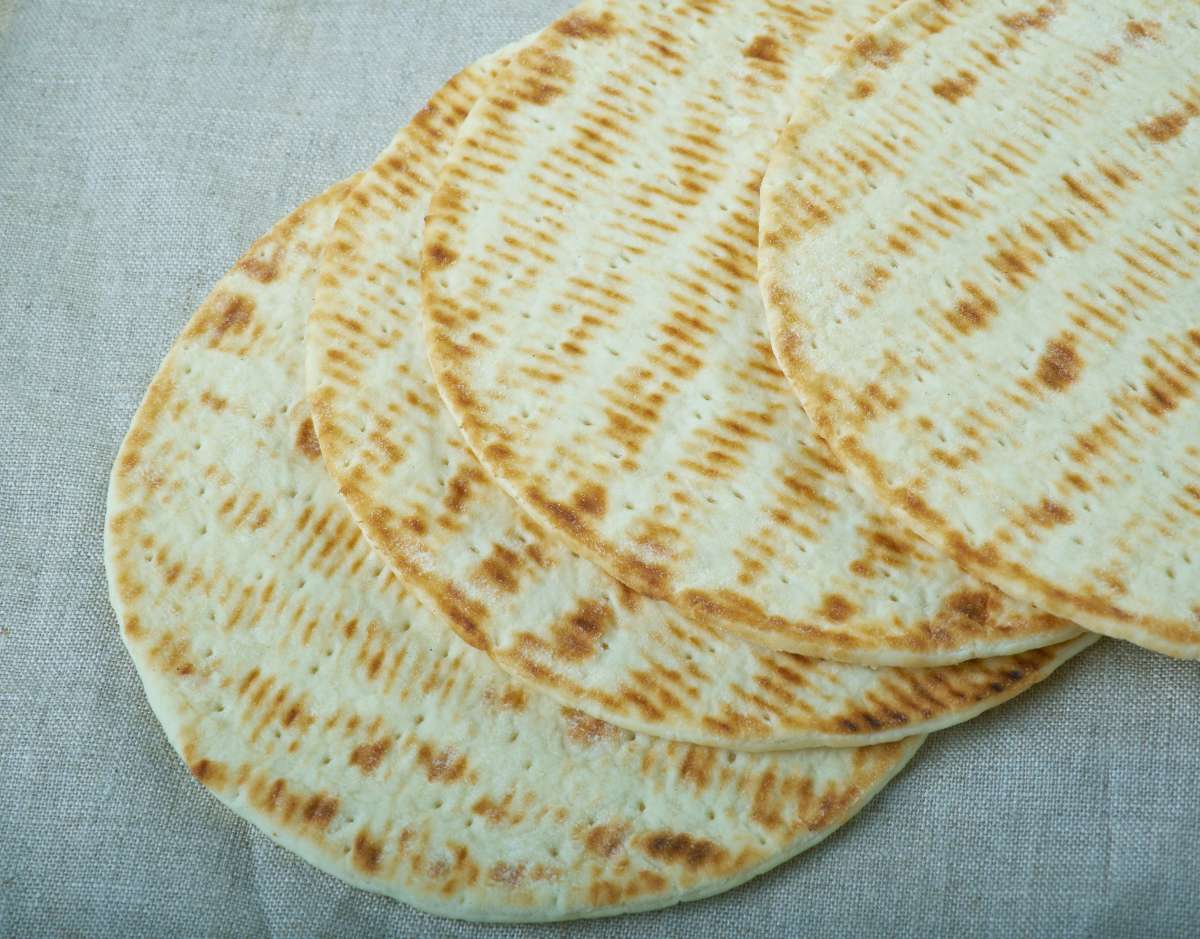 An unexpected food from Iceland is the Icelandic hot dog. Pylsur are often described as the best hot dogs in the world. In fact, ex-president of America, Bill Clinton, proclaimed his love of Icelandic hot dogs! He visited the street food stall Baejarins Beztu Pylsur in Reykjavík. 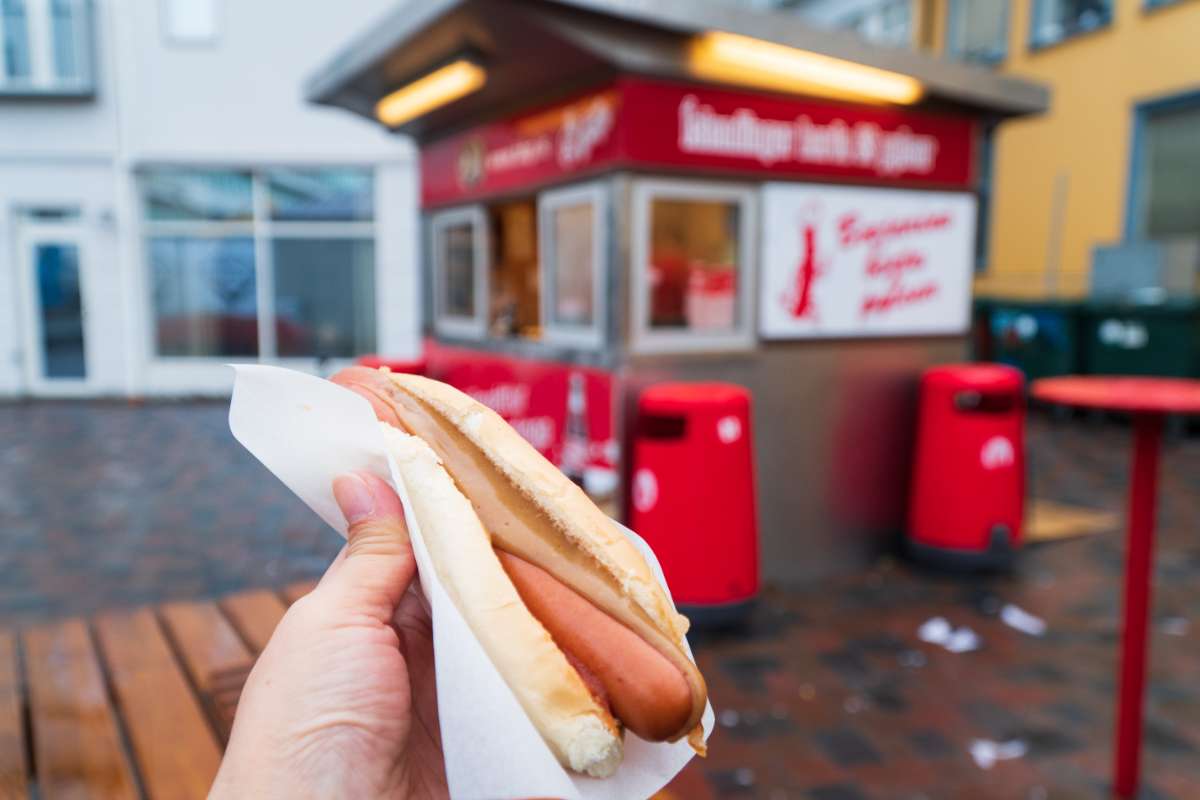 Humar is an Icelandic lobster dish. It’s one of the more expensive foods on this list. Now, the good thing is, if you go to any Icelandic supermarket, you’ll be able to find the ingredients to make it at home. The lobster can be served fried, grilled, baked, or even as a topping on your pizza. 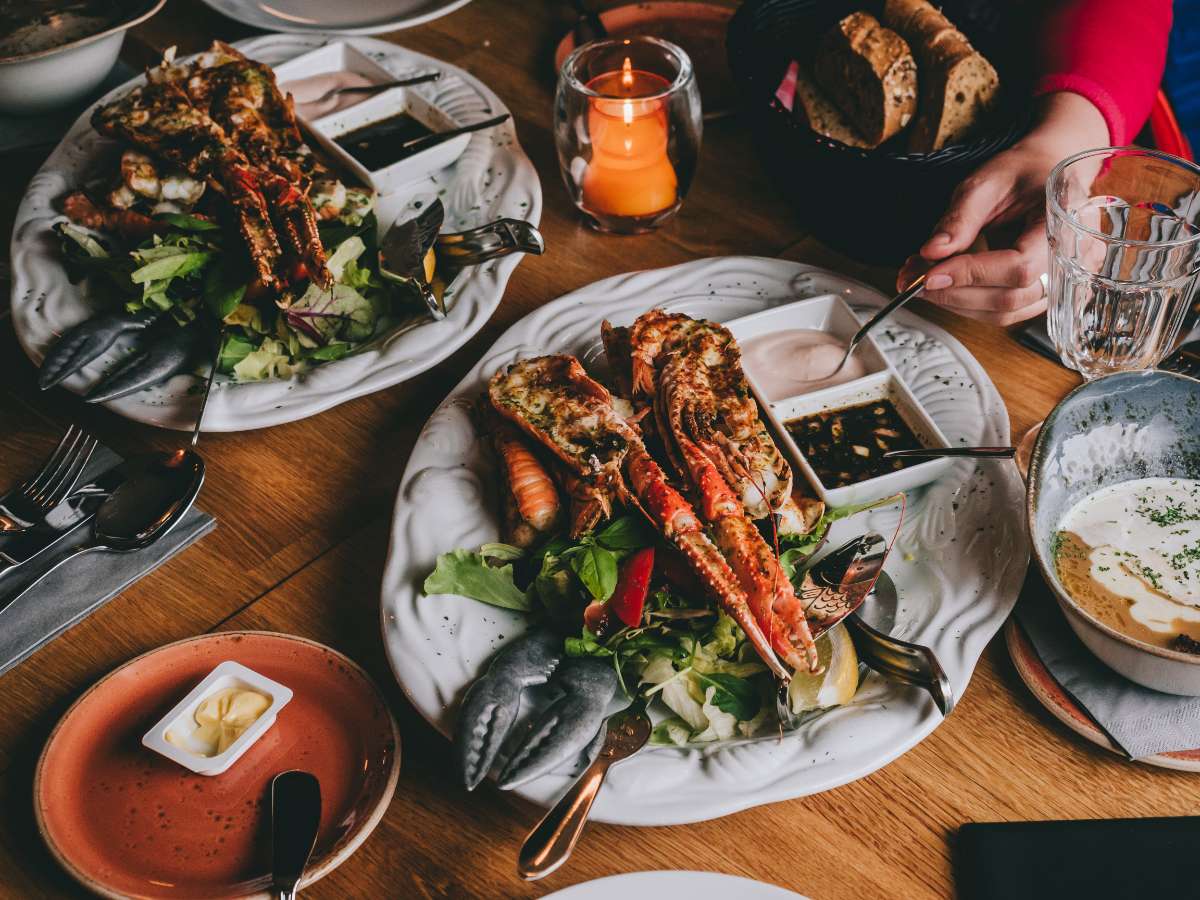 Hrutspunger is ram testicles preserved in gelatin or whey. This traditional Icelandic food is no longer a regular dish in the Iceland diet, but it is a national delicacy that is popular at celebrations.

Svid, or sheep’s head in English, isn’t very common in restaurants anymore, but it does play a large role in midwinter feast celebrations. The whole sheep head is either smoked, boiled, or preserved in jelly. 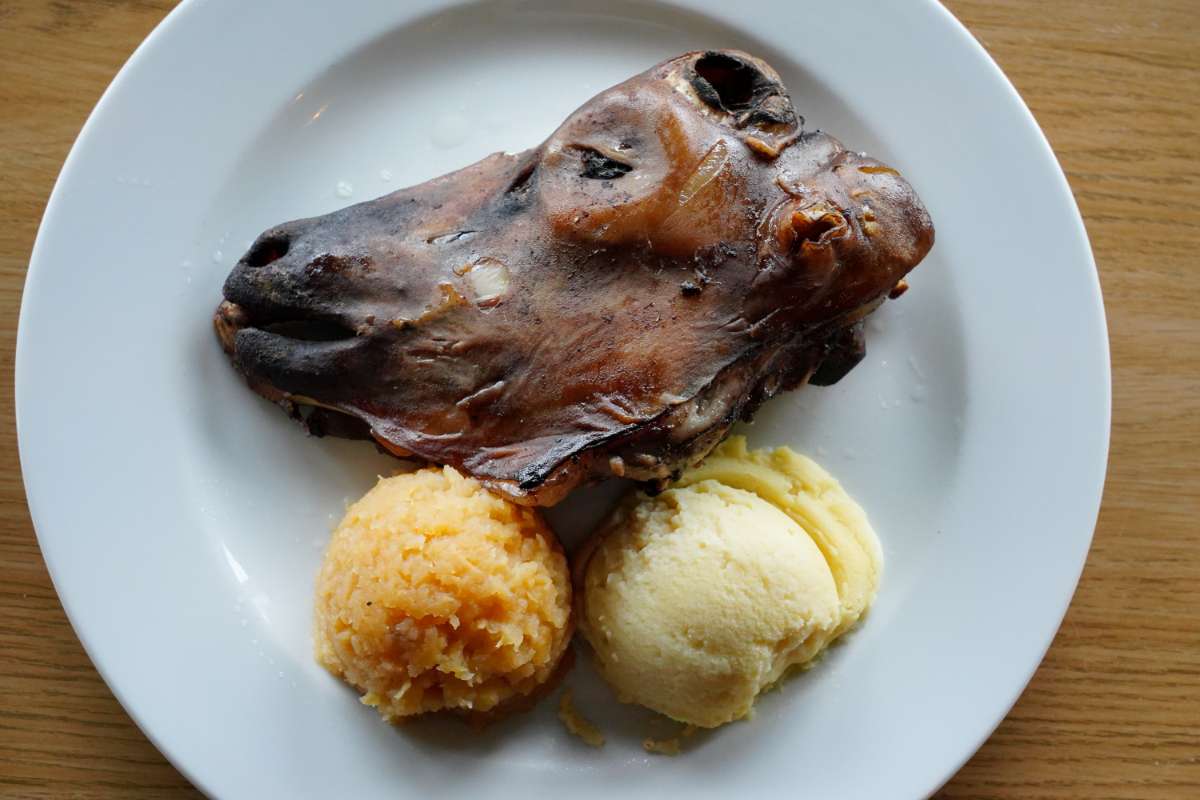 Lamb soup, known as kjotsupa, has been popular Icelandic food for centuries. Kjotsupa recipes have been handed down through families for generations. Nowadays, many family run restaurants will have their own take on the soup. 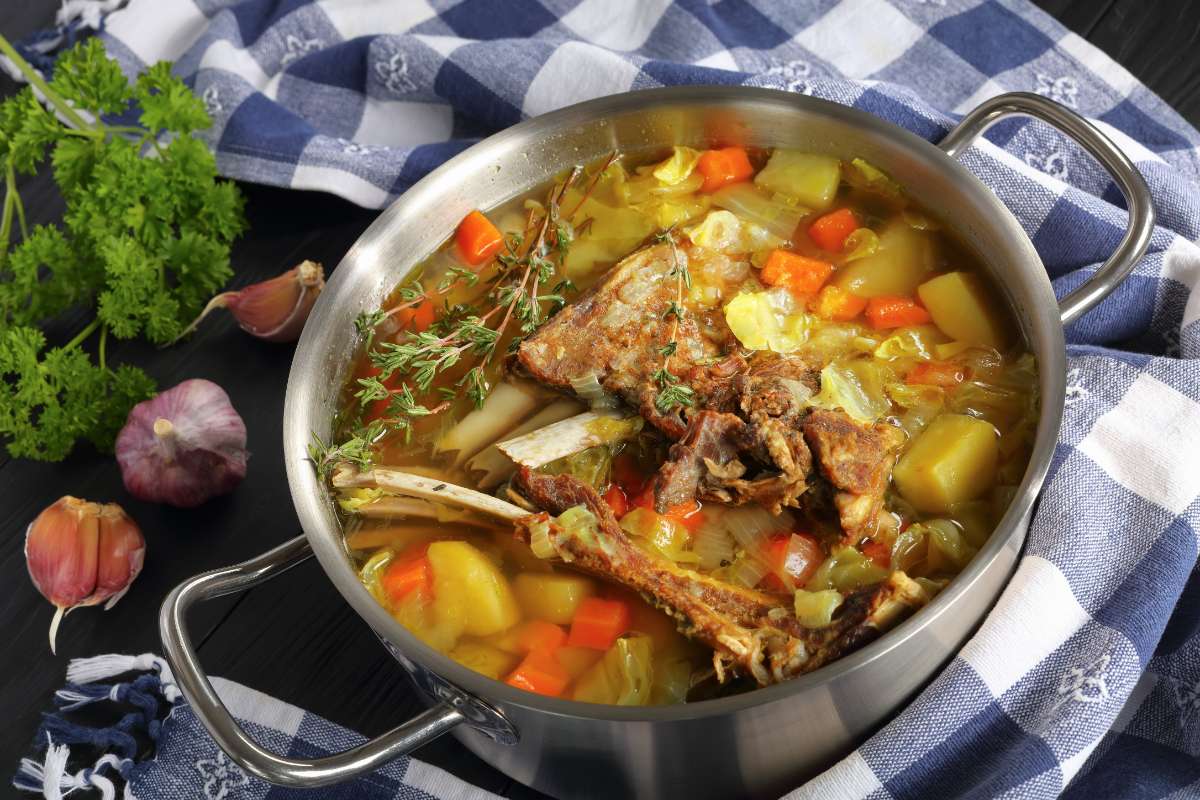 Kleinur is the Icelandic version of a donut. Traditionally, it was only eaten in the winter or festive months. Currently, the growing popularity of kleinur means the donut is now eaten all year round. 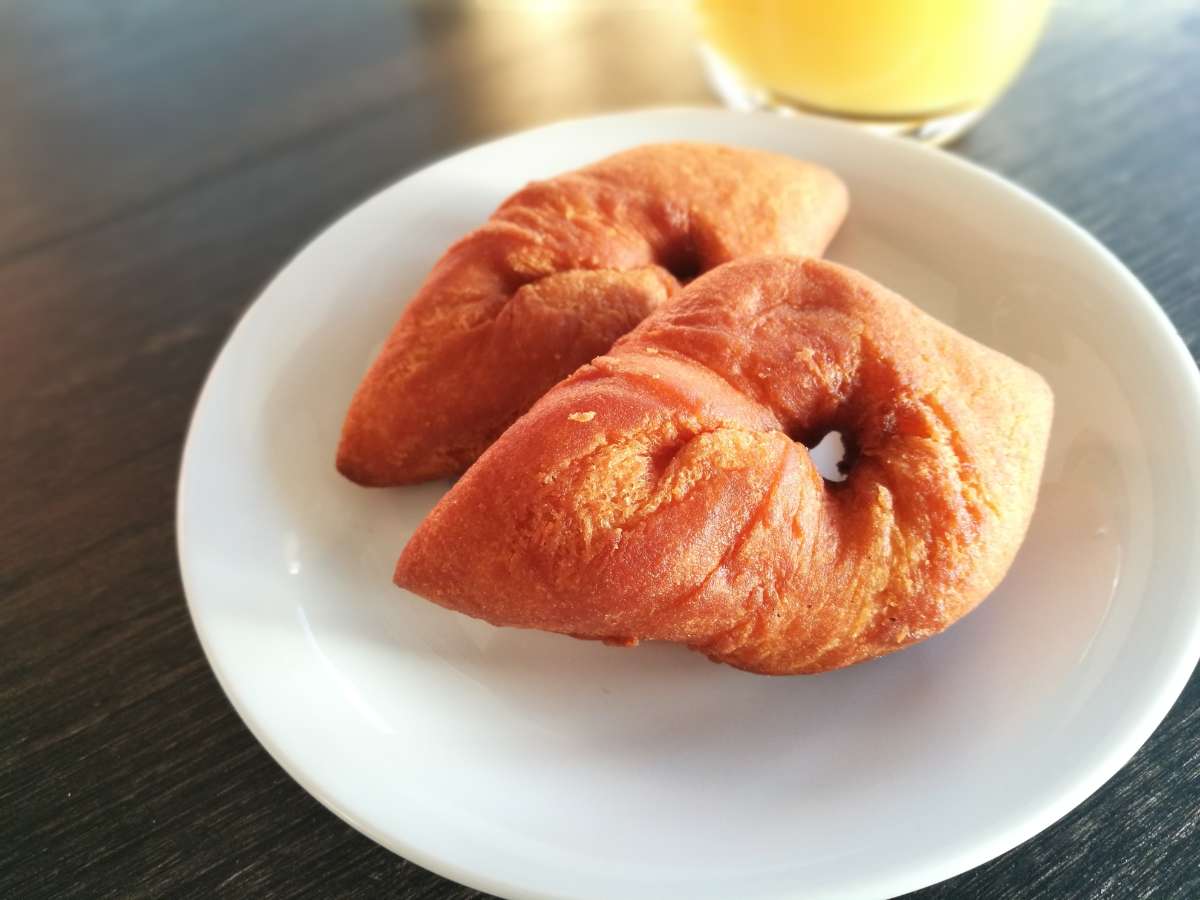 It might surprise you to find out that Icelanders eat ice cream all year round, not just in the summer. Rye bread ice cream (rugbraudsis) is a popular flavor, made by mixing crumbled rye bread with eggs, cinnamon, vanilla, and milk. 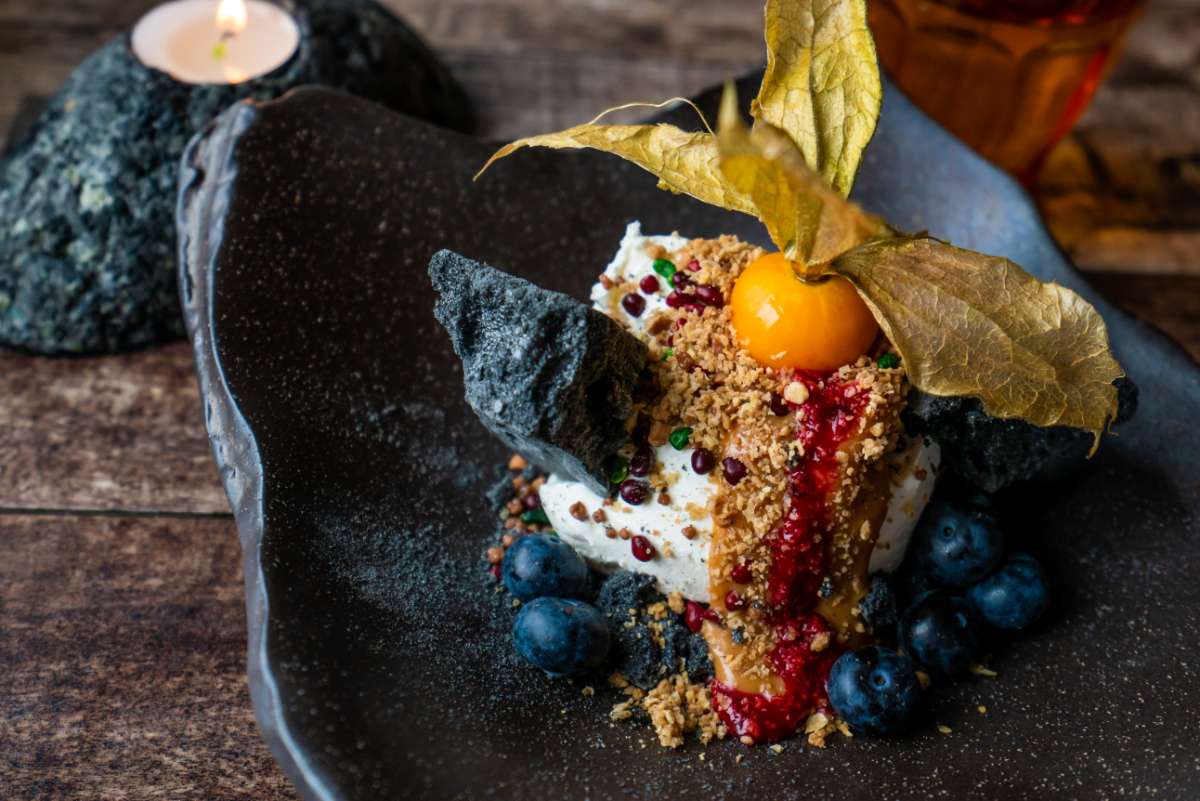 Ponnukokur is sweet food from Iceland, similar to crêpe pancakes found in France. This traditional Icelandic food is thin and delicious, usually served with a dollop of rhubarb jam and whipped cream. 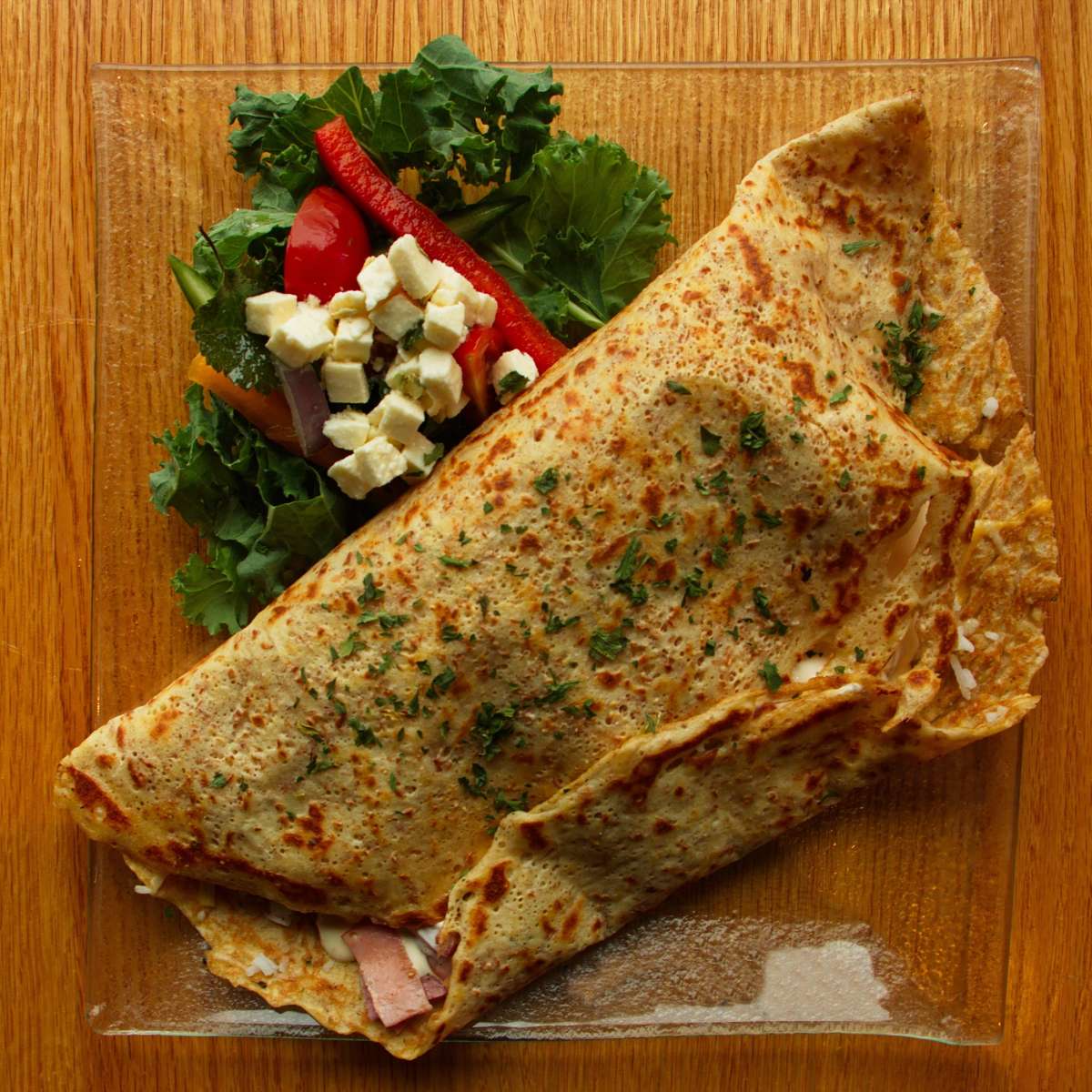 Skyr is a type of yogurt, similar in texture to Greek yogurt. It has been a part of the Iceland diet for over 1,000 years. Skyr is technically a soft cheese, but has the consistency of yogurt and is eaten as such. Skyr is used in smoothies, ice cream and skyrkaka (cheesecake). 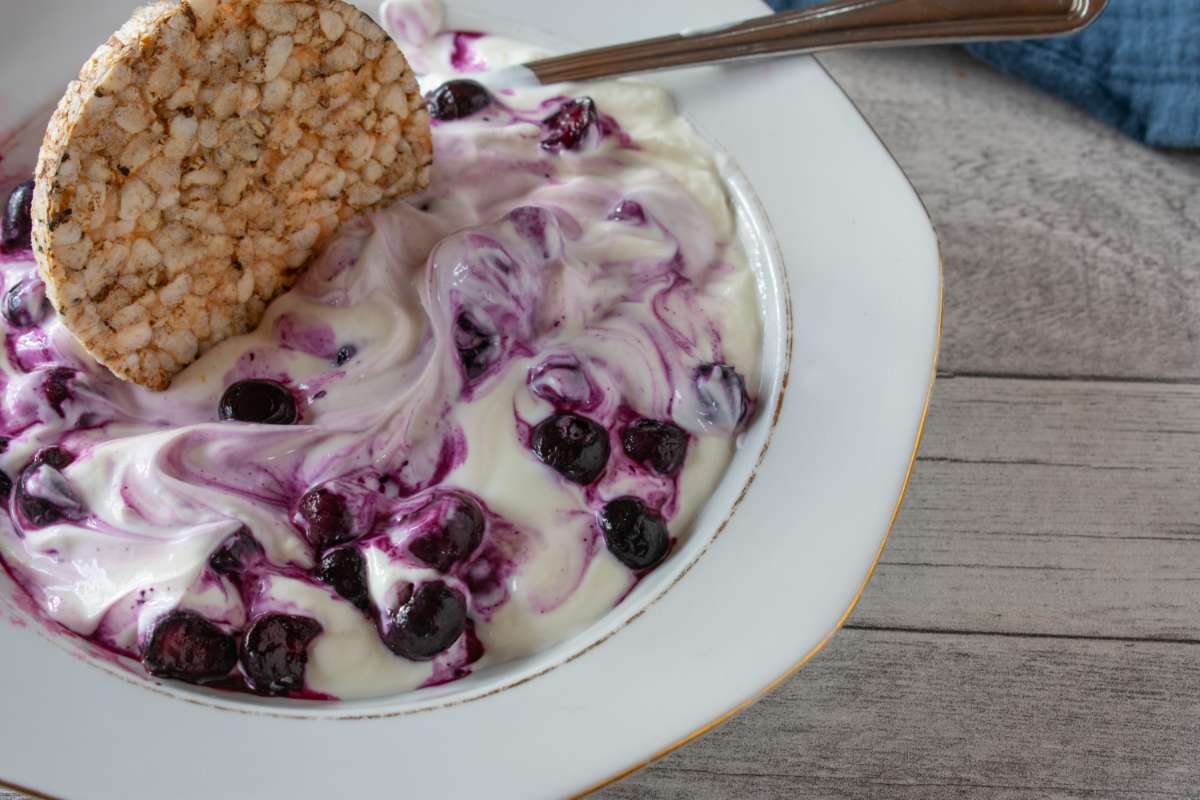 While lamb and shark meat are well-loved national dishes in Iceland, there are some other meats that are more controversial. Whale meat, puffin meat, and horse meat are common elements of traditional Icelandic food.

Whale meat is not something that Icelanders usually eat. About 65% of whale meat is sold to restaurants, with tourists being the biggest buyer of this Iceland food.

Puffin meat was eaten by Icelanders in times gone by, when resources were scarce. It’s not something usually eaten by Islanders today. You may find puffin meat on restaurant menus, mainly for tourists.

So, Will you dare to try Icelandic food?

Tourists visiting Iceland will be spoilt for choice with all the delicious foods on the island. And although some of the options might seem a little daunting; why not give them a try? You only live once, right? 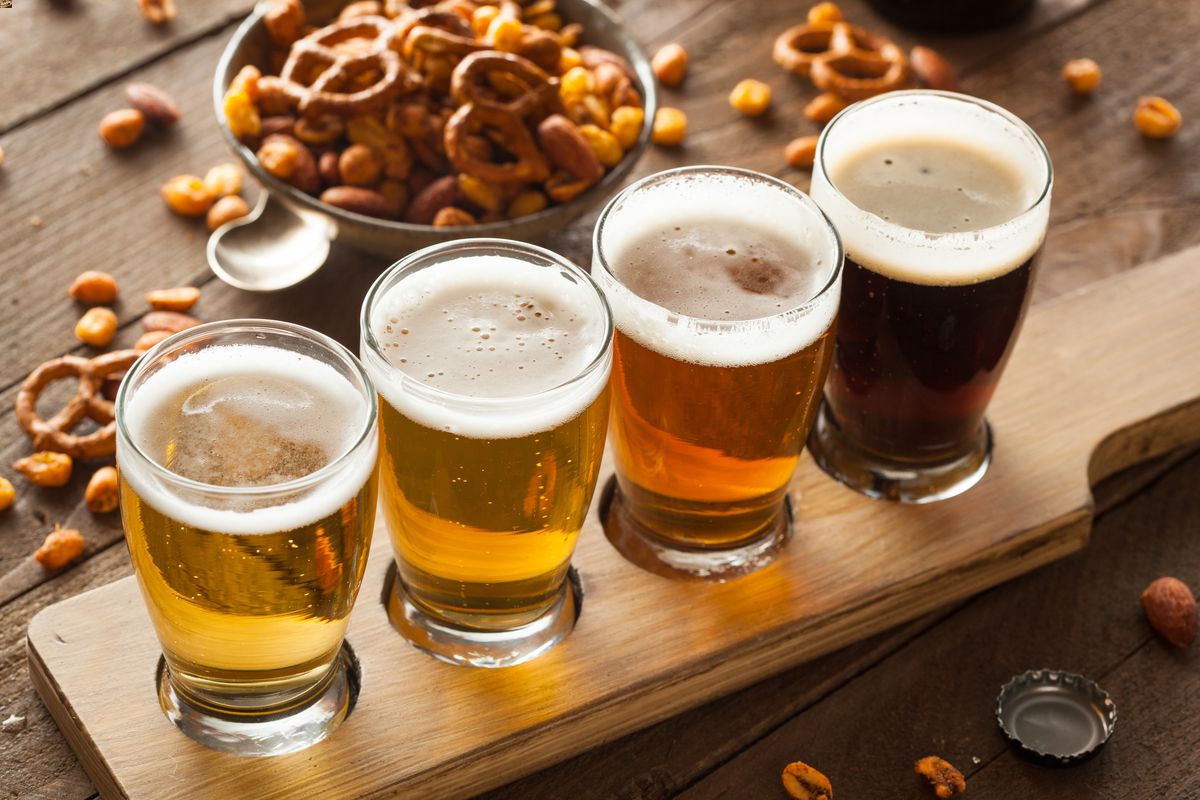 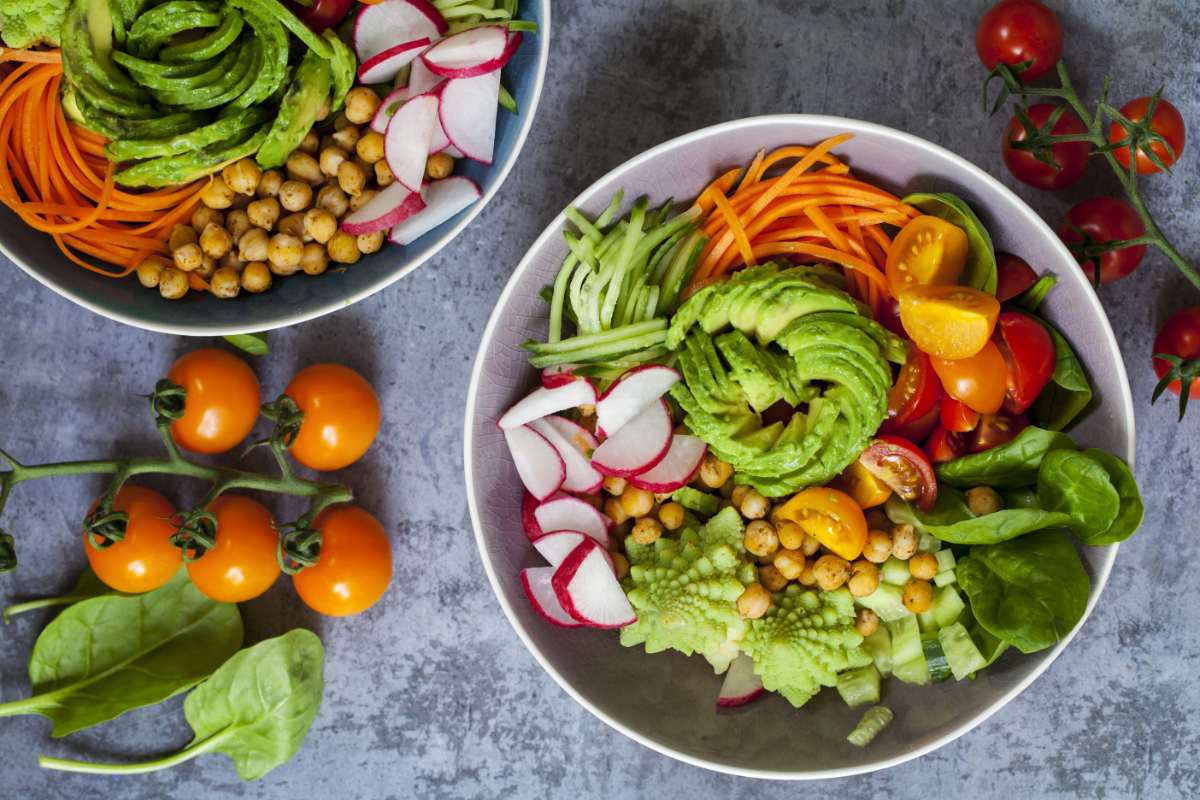