The Vatnajökull glacier is located in the Vatnajökull National Park, and besides glaciers, there are a few surprises that, we are sure, you will want to enjoy on your trip. 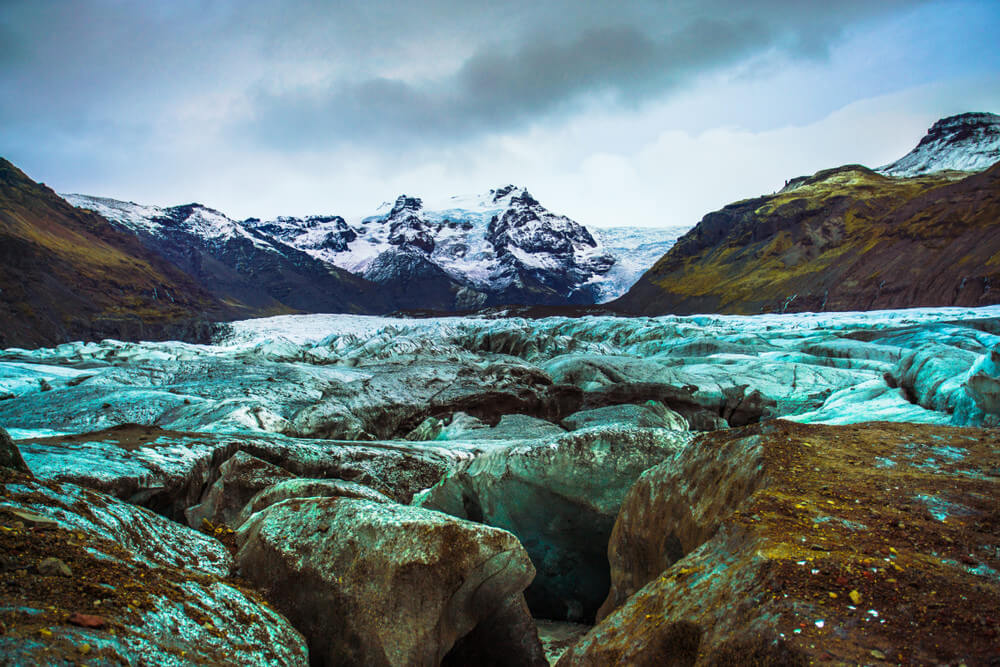 Icelanders are very protective of their beautiful natural landscape. As one of the most sparsely populated countries in the world, there is plenty of open space to enjoy, as long as it is enjoyed responsibly. To ensure the protection of the countryside, Iceland has created three immense national parks which cover a huge part of the island: Snæfellsjökull,Þingvellir, and Vatnajökull.

With an area of over 14,000 sq km (over 5,400 sq miles), Vatnajökull is the second largest national park in Europe (the largest is found in Russia). It covers 14% of Iceland, and so contains a range of natural features, including mountains, volcanoes, glacial lakes and rivers, and of course, Vatnajökull glacier. Here are some of the highlights worth visiting as you pass through the park on your Iceland adventure:

Skaftafell used to be a national park all by itself until it was merged with the glacier and other surrounding features to make up Vatnajökull National Park. There are some fantastic hiking trails in this area, the best known of which is the hike to Svartifoss, a waterfall surrounded by basalt columns.

This is a glacial lagoon located at the base of Vatnajökull glacier. Chunks of ice regularly break off of the glacier and float in the water, so from a boat you can really get up close to some glacial ice. Seals also populate this lagoon, and they’ll often pop out of the water to see what the humans are up to. A company located on-site, offers boat trips that take you into the lake. There are two options: the Zodiac Boat Tour, in which you are taken in a fast, powerful dingy up close to the glacier, and the Amphibian Boat Tour, which consists of a larger, slower boat that allows you to relax while observing the glacier from slightly further away. 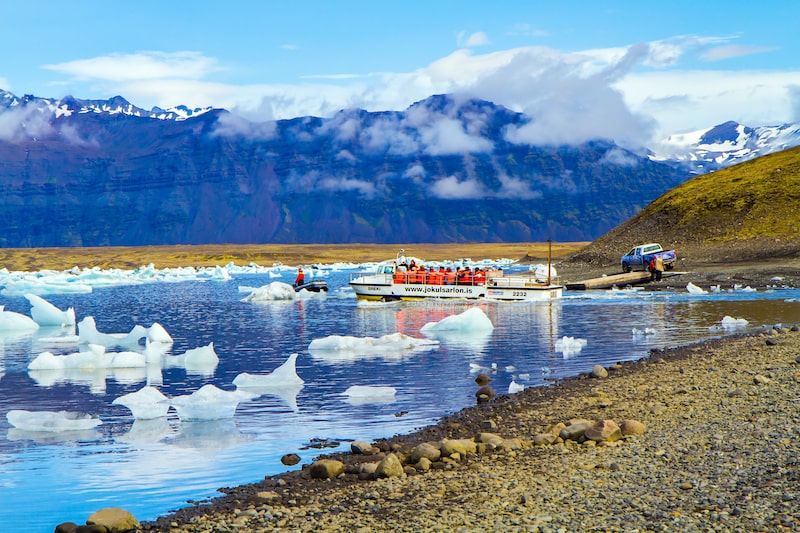 Some of the chunks of ice that break off the glacier and float across Jökulsárlón are deposited onto the nearby black sand beach. This has created a glacial graveyard of sorts, where the pieces will sit atop the sand and slowly melt. The ice chunks have given this beach its colloquial name: Diamond Beach.

This is only an option in the wintertime. Between November and March, Vatnajökull freezes enough to allow safe entry into the huge caves underneath it. You can join a tour agency, to embark on an Ice cave guided tour through these wonderful natural formations.

Snæfell is the largest mountain in Iceland that is not topped by a glacier, at 1,833 meters (6,014 feet) tall. Long ago it was a volcano but has been silent for over 10,000 years. This is a fantastic mountain to hike, although the 8km (5 miles) route is difficult at times, so proceed with caution. This area is also famous for the reindeer herds that forage here. Reindeer were introduced only recently to Iceland, and they like to graze near Snæfell in the summer.

Vatnajökull is actually the largest glacier in Europe, covering around 8,000 sq km (around 3,000 sq miles) and is over 1,000 meters thick at its thickest point. Vatnajökull means ‘river glacier’, so named because of all the rivers it is the source of. There are actually several active volcanoes hidden underneath the glacier. One of them, Grímsvötn, last erupted in 2011. 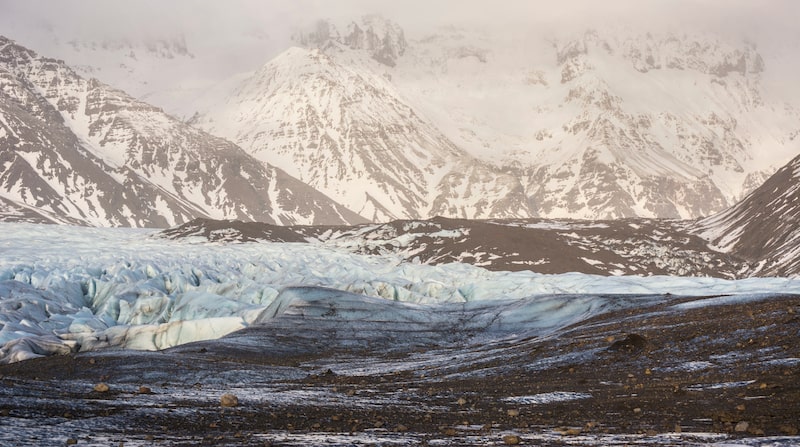 Unfortunately, Vatnajökull is melting. It is estimated to be disappearing at a rate of about 1 meter (3.28 feet) per year. If climate change is not stopped, many scientists believe that by the next century, Iceland’s glaciers will no longer exist. Since Vatnajökull is the largest, it will be the last to go.

How to Drive to Vatnajökull

The national park covers the south-east of Iceland. It can be reached via the ring road (Route 1), as the national park comes to down to the south coast. From Reykjavík to Kálfafell is around a four-hour journey, or 283km (176 miles). That will bring you close to the national park, then keep following the ring road until you reach it. While there is public transport to take you to the park from Reykjavík in the summer, it’s much better to use a rental car. That way, you can stop at all of the amazing places en route, such as Seljalandsfoss waterfall and Vík. Additionally, if one day of exploring the park isn’t enough for you, you can stay in some nearby tourist accommodation and drive back whenever you’re ready.

What to Bring and Take

A good rule for any trip in Iceland is to bring your swimming costume and a towel. There are hot springs everywhere around the island, and you may want to find one and take a dip before heading back to the city. Also, since there are no artificial lights in the park, bring your camera in case the northern lights decide to come out; that is, if you’re visiting Iceland in the winter.
Take plenty of pictures, but also take all of your rubbish with you when you leave. Try to have as little impact as possible on the Icelandic nature.

What not to Bring or Take

As tempting as it might be, don’t bring your drone with you. As of 2016, recreational drone use is banned in all of Iceland’s national parks. Don’t take any rocks or other natural items with you. You may be thinking ‘But it’s only one rock.’ Well, if every one of the two million tourists who come to Iceland every year took a rock home with them, we’d see our nature deplete fast. Gift shops will have what you are looking for if you want a souvenir to remember Iceland by.
You will also see large areas of land, particularly lava fields, covered with a bright green moss. Please, don’t walk on the moss; it is very delicate and takes decades to regrow once it has been damaged.

Keep in mind that Iceland’s weather is famously unpredictable, so always be prepared for the worst and have warm, waterproof clothing with you, even in the summer. The average temperature in the south of Iceland in July is 13°C, so you’ll need more than just shorts and t-shirts on your summer road trip. The weather can also become quite extreme here, with storms and strong wind occurring frequently.
Check the forecast on the Icelandic Meteorological Office’s website before embarking on a trip, and pay attention to weather warnings. Only travel if it is safe to do so. Roads will be closed if they are deemed unsafe to travel on, so check your route is clear on http://www.road.is/ 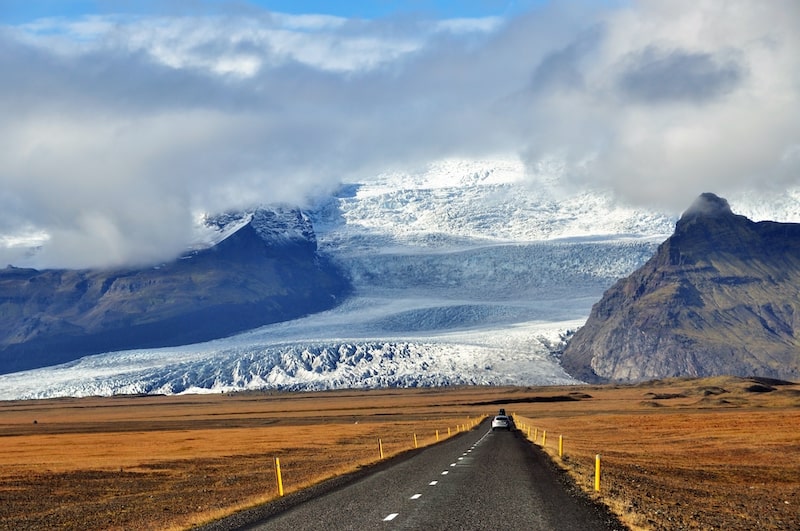 Once you leave the capital, urban areas are few and far between. Two-thirds of Iceland’s small population are located in the south-west capital region, so it’s a good idea to stock up on supplies and petrol whenever the opportunity arises- the next town or village may be far away. There is so much to see in Iceland that you’ll continuously want to stop and take photos. Just make sure that you stop somewhere safe, in a lay-by or rest area, and not on the side of the road.
Samuel Hogarth, Reykjavik Cars. 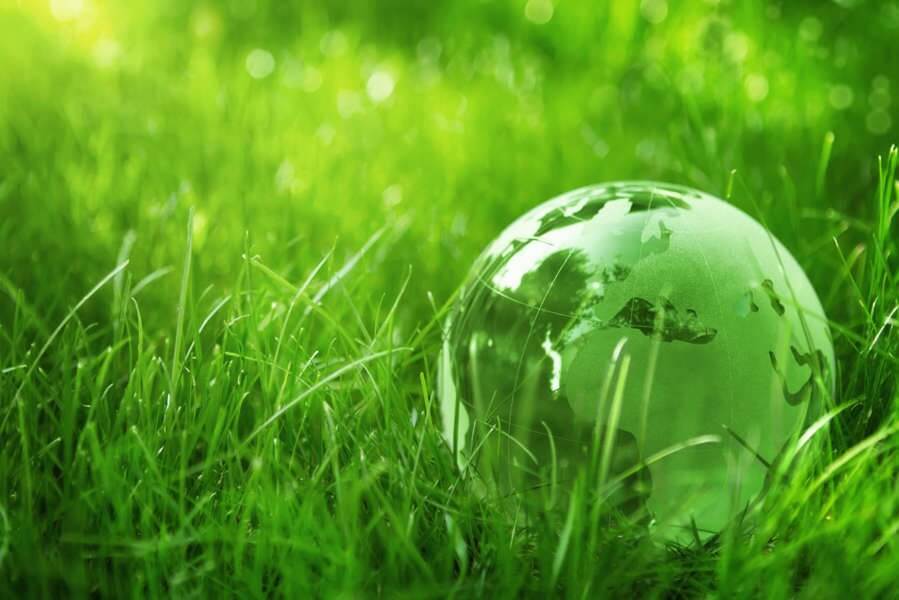 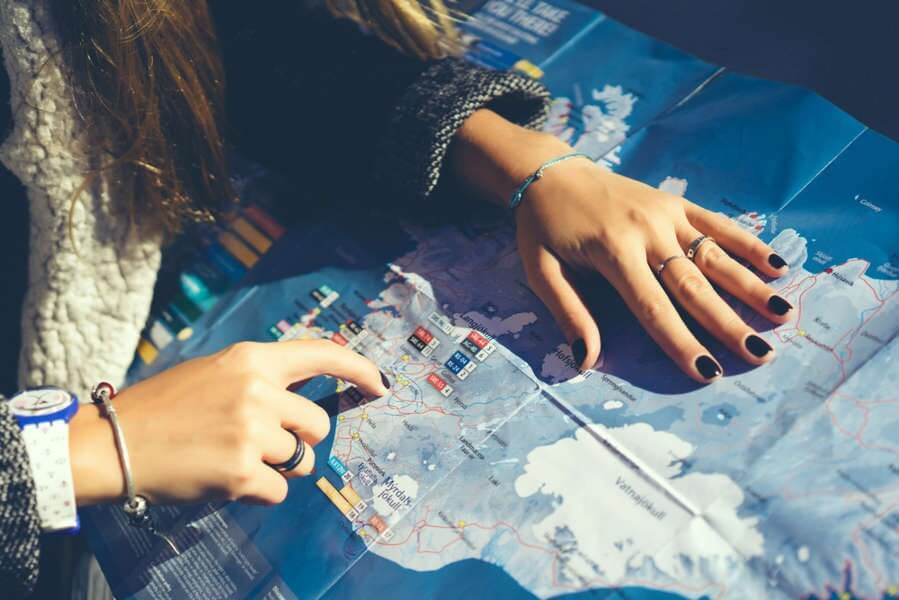 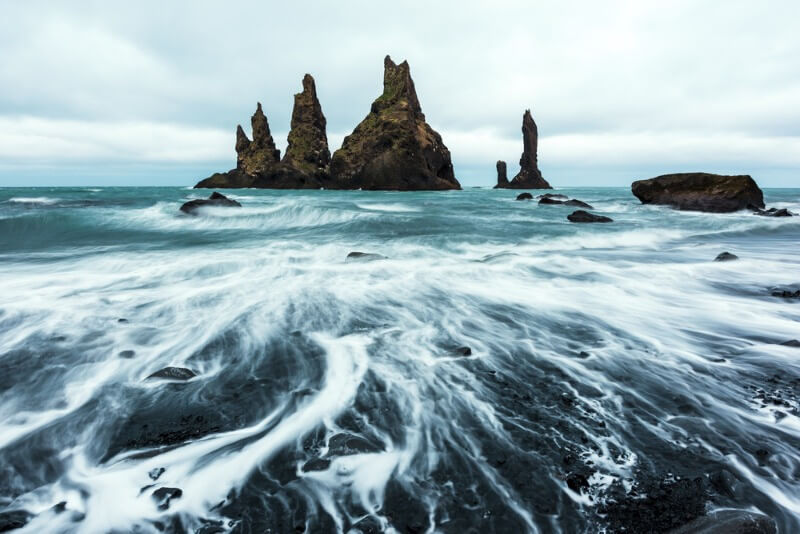