Road Closures in Iceland and What to Do About Them

Road closures in Iceland are usually the consequence of severe weather that affects road conditions. If it happens while you are on a road trip, here are our tips to save time and money! 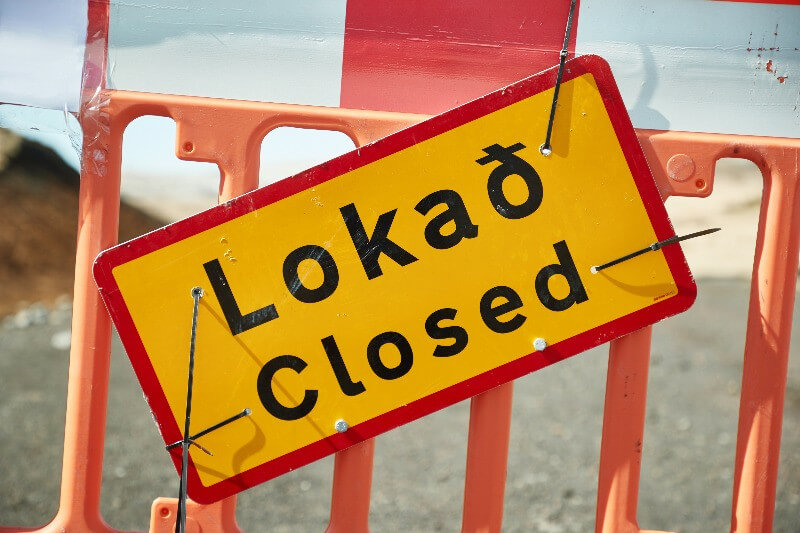 You’ve got it all worked out: the car’s booked, the route’s been painstakingly researched and you’re good to go. And then a road closure goes and scuppers your plans. Unfortunately, such road closures can and do happen in Iceland. If you’ve arranged a car rental for your Icelandic trip, here’s how to check if you’re affected and what to do about it if you are.

Road closures in Iceland that you should know about

If you’re planning a road trip in Iceland outside the summer months, then you shouldn’t be planning to drive the country’s F roads. These don’t open until June and are usually closed before September’s out. If your trip is in early June or even early September, then there will be some years when those F roads would be open, and others when they won’t. Put simply, the weather’s in charge, not you, and the climate’s not predictable from one year to the next. And contrary to what you might think, it’s not just about snowfall. When all that snow melts, there’s localized flooding – the water’s got to go somewhere – and the roads have to dry out before you can safely drive on them. Really, it’s best to assume the F roads are going to be shut and you won’t have to remake your plans if they are. If they’re open, it will be a bonus.

The reality is that it’s the road closures you weren’t expecting that are likely to cause the greatest frustration. If you are banking on the road conditions to be good and they’re not, or planning to drive a decent road like the ring road but then can’t, you’re going to be a bit put out. So how do you check whether there are closed roads or not in Iceland?

Your best starting point is the website http://www.road.is/. This is a government site managed by the Icelandic Road and Coastal Administration (IRCA) and as such the information is reliable and updated in real-time. On its homepage, you’ll see a section about road conditions in general and also a list of announcements affecting the nation’s roads.

At the time of writing, some of the websites are in beta form and still being tested. Nevertheless, this handy link gives you up-to-date weather information including wind speeds. It also displays webcam footage of roads which is handy for looking at snow and ice coverage in winter, for example. There are 115 such cameras across the country and images are refreshed every 10 to 20 minutes.

Similar information can also be accessed if you have a Twitter account, using the hashtag "IcelandicRoads" or by following the @Vegagerdin account. Though many of the updates are in Icelandic, the most crucial will be posted in English as well. 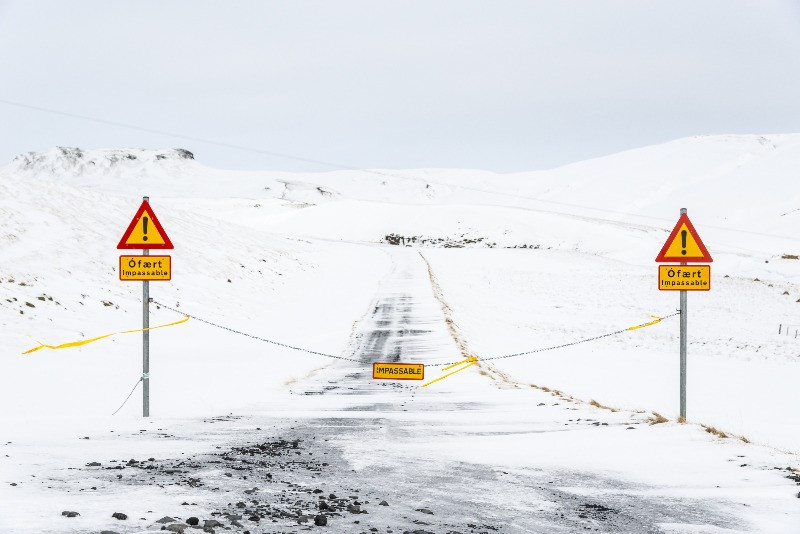 To find out about current road closures in Iceland, this map is regularly updated and should be your go-to source of information. If roads are open, it also provides details of the driving conditions so that you can make an informed decision about whether or not to go ahead with your journey.

Does the ring road ever close?

Ring road closure in Iceland is rarer than the closure of minor roads, but sometimes even stretches of this important route are closed for a period of time. It doesn’t happen often, but if there are severe windstorms or blizzard conditions then it’s just not safe to be out on the roads, even such a well-maintained one. Road closures affect stretches of the ring road rather than all of it; weather often varies from one part of Iceland to another.

So what do I do if the road I want to drive on is closed? Are there any tips and tricks for a Plan B?

You have a couple of options in the event of road closures. The first of those is to stay put and wait out the closure. Even if weather conditions are severe, there’s a chance that the weather system will pass and those conditions will improve. Once teams have had the chance to clear the road, you’ll probably find it doesn’t cause too much of a delay before you can continue with your journey.

Try to book accommodation where possible on a flexible basis, such as with a free cancellation facility, so that if you need to change your booking at short notice you aren’t going to be out of pocket. If that’s not possible, check the terms of your travel insurance policy to see if you’re covered for the cost of lost bookings in the event of an unplanned delay.

Regardless, don’t be tempted to pack too many long drives into your itinerary, particularly if you’re traveling in winter. You don’t want to be stressing about how much ground you’ve given yourself to cover if the weather decides not to play ball.

Alternatively, you can turn back and travel in the opposite direction. Sometimes road closures might affect your journey in one direction, but the weather behind you might be better and that road might still be open. It’s disappointing if your plans have to change, of course, but this is Iceland and there’ll be somewhere just as compelling in the other direction. And heading in the opposite direction, even if it’s a much longer drive, might just be the lifesaver you need if you absolutely have to be somewhere in a hurry, like the airport for instance. 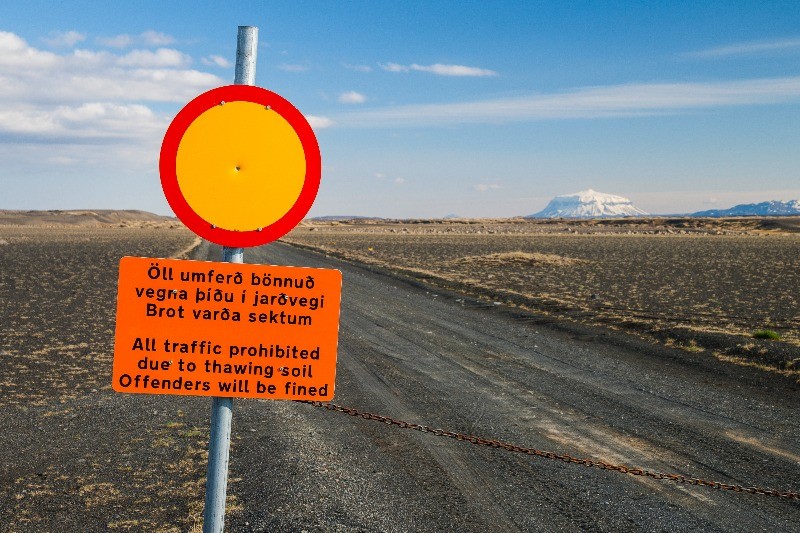 You might be exceptionally lucky and find that a nearby airport is open with domestic connections back to Reykjavik, though unfortunately, that’s not often the case. If the weather’s bad enough for roads to be closed, you can bet that the airport’s runways are also going to be affected. 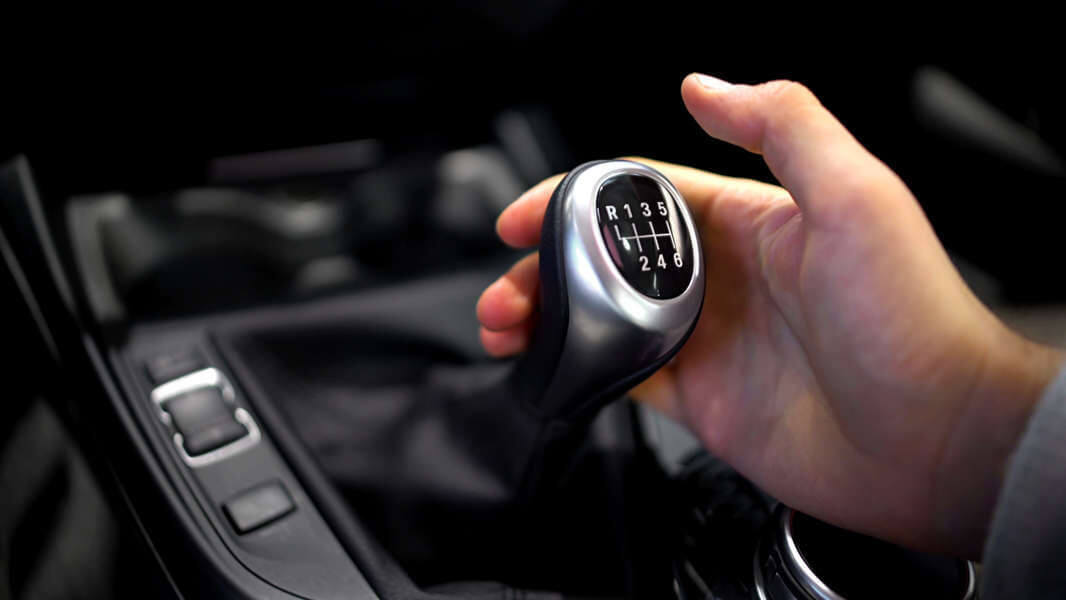 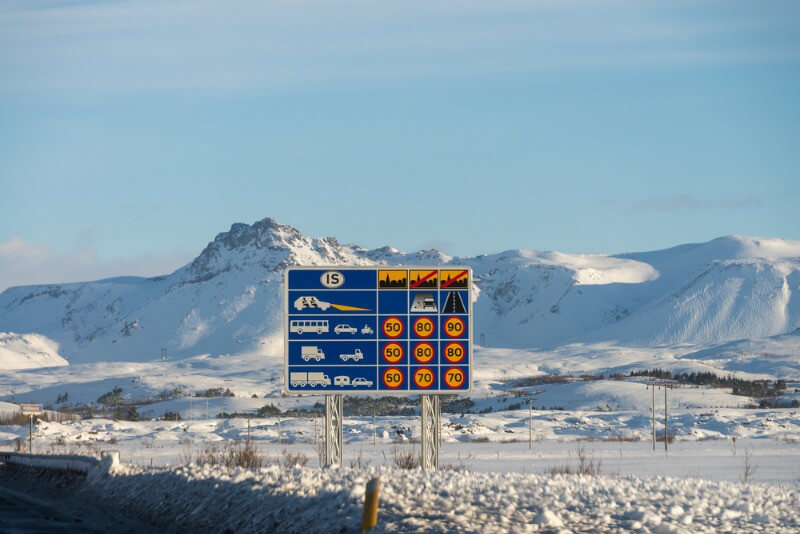 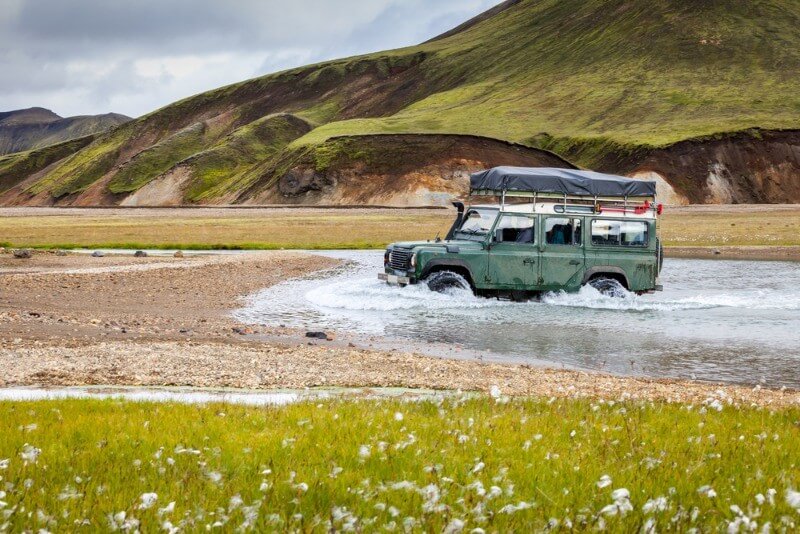